On January 19, 2021, the D.C. Circuit vacated the Affordable Clean Energy (ACE) rule, the Trump Administration’s action to address CO2 emissions from existing coal-fired power plants. The ACE rule repealed an Obama-era rule known as the Clean Power Plan and replaced it with the less stringent requirements. Both rules were adopted under Clean Air Act section 111(d), and both were the subject of fierce litigation by industry, states, and NGOs alike. The D.C. Circuit’s decision to vacate the ACE rule opens the door for further regulatory action by the Biden Administration on power plant greenhouse gas emissions.

EPA promulgated both the ACE rule and its predecessor, the Clean Power Plan, under Clean Air Act section 111(d). That provision requires EPA to establish emissions guidelines based on the “degree of emission limitation achievable through application of the best system of emission reduction” that has been “adequately demonstrated” for existing stationary sources of air pollution. The final Clean Power Plan’s “best system of emission reduction” (BSER) was comprised of three “building blocks” identified by EPA as follows:

Notably, the second and third building blocks—responsible for the vast majority of projected emissions reductions—were heavily premised on “beyond the fence line measures” to reduce emissions. (EPA had also proposed demand-side energy efficiency measures as a fourth BSER building block, but did not include them in the final Clean Power Plan’s BSER determination and instead allowed them only as a “non-BSER” method of compliance.)

The final Clean Power Plan was immediately challenged. Among other things, the Clean Power Plan’s opponents argued that the rule exceeded EPA’s authority under Section 111(d), primarily because the BSER was based on measures operating beyond the fence line of individual power plants.

In 2019, the Trump EPA simultaneously repealed the Clean Power Plan and finalized the ACE rule. The ACE rule focused primarily on improvements in the efficiency of combustion of fossil fuels at coal-fired power plants, based on the premise that the Clean Air Act limits the “best system of emission reduction” to measures that can be applied “at and to the source”—i.e., within the fence line. Whereas EPA projected that the CPP would have reduced power sector CO2 emissions 32% by 2030, EPA projected that the ACE rule would reduce emissions by less than 1% from baseline emission projections by 2035.

As with the Clean Power Plan, numerous groups immediately filed petitions challenging the ACE rule in the D.C. Circuit.

The key statutory question under review was the scope of emissions control measures achievable by power plants “through the application of the best system of emission reduction” under Section 111. At bottom, the court grappled with the breadth of EPA’s authority to set the BSER, and whether it was constrained to “inside the fence line” measures. In its 147-page majority opinion, the D.C. Circuit held that the ACE rule must be vacated because it rested on a “fundamental misconstruction” of Section 111(d) as unambiguously limiting BSER to inside-the-fence-line measures.

The Trump EPA had used its statutorily constrained position to justify the ACE rule’s exclusive reliance on heat-rate improvement measures as the BSER. If successful, that argument may have limited the ability of groups to push for a BSER comprised of more stringent outside-the-fence-line measures, or tied the hands of a future EPA to consider such measures. According to the court, the “shortcomings of [EPA’s] statutory interpretation are more than enough to doom the agency's claim that Section [111] announces an unambiguous limit on the best system of emission reduction.”

The court also observed that the ACE rule would have required EPA to ignore more cost-effective methods of emission reduction:

The record before the EPA shows that generation shifting to prioritize use of the cleanest sources of power is one of the most cost-effective means of reducing emissions that plants have already adopted and that have been demonstrated to work, and that generation shifting is capable of achieving far more emission reduction than controls physically confined to the source. In other words, the EPA reads the statute to require the Agency to turn its back on major elements of the systems that the power sector is actually and successfully using to efficiently and cost-effectively achieve the greatest emission reductions.

The court weighed these facts in its ultimate finding that the ACE rule’s “cabined” interpretation of BSER was inconsistent with the history, structure, and purpose of Section 111. The court also rejected EPA’s largely policy-based arguments for prohibiting the use of averaging and trading, or of biomass co-firing, as compliance measures.

The dissenting opinion by Judge Walker stated that EPA was correct to repeal the Clean Power Plan under the major rules doctrine, which requires that an agency have a clear grant of statutory authority for rules with “vast economic and political significance.” The dissent also would have found that EPA does not have the authority to regulate carbon emissions from coal-fired power plants because it already regulates mercury emissions from those plants under Section 112. This argument is based on a mistake during congressional negotiations of Section 111(d) that resulted in two versions of the same provision being included in the final law.

After a lengthy statutory interpretation analysis, the DC Circuit vacated the ACE rule and remanded it to EPA to consider “afresh.”

While it is possible the Supreme Court could review the D.C. Circuit’s decision, this seems unlikely given that the Biden Administration would oppose review and is likely to undertake a new rulemaking process to adopt a program that may be a significant departure from both the ACE rule and the Clean Power Plan.

The next likely step will be for the Biden EPA to draft a new rule addressing power plant GHG emissions, in light of both technological advances and a federal judiciary more skeptical of agency rulemaking authority.

Indeed, at his February 3, 2021 confirmation hearing to serve as EPA Administrator, Michael Regan was asked whether the Biden Administration “intends to come back with a new version of the Clean Power Plan.” He responded that although EPA would review the work underlying the ACE Rule and the Clean Power Plan, the Agency now has a “significant opportunity to take a clean slate” in charting its next steps.

And there is little doubt the Biden Administration will pursue an aggressive approach, given that the Biden Administration has made clear that greenhouse gas regulations are a priority. On his first day in office, President Biden signed an Executive Order titled, “Protecting Public Health and the Environment and Restoring Science to Tackle the Climate Crisis,” which directs EPA and all other federal agencies to “immediately commence work to confront the climate crisis.” And a week later, on January 27, 2021, President Biden issued an “Executive Order on Tackling the Climate Crisis at Home and Abroad.” The order says that “we face a climate crisis that threatens our people and communities, public health and economy, and, starkly, our ability to live on planet Earth.” The Biden EPA will likely not waste time in crafting a replacement for the ACE rule.

By opening the door to consideration of “beyond the fence line” measures, the D.C. Circuit’s decision creates an opening for the Biden EPA to consider a broad range of approaches to new regulations targeting CO2 emissions from fossil fuel-fired power plants. The Biden EPA could also consider broadening the scope of affected sources to include certain oil- and gas-fired power plants, as had been the case with the Clean Power Plan. New regulations of this kind may take advantage of post-2015 developments in the power sector that have further reduced the cost of low- and zero-GHG sources of electricity. Indeed, calculated nationally, the Clean Power Plan’s interim reduction targets for 2025 were achieved in 2017—eight years earlier than projected, and without the Clean Power Plan in effect.

The D.C. Circuit’s decision to vacate the ACE rule spares the Biden EPA the time-consuming process of repealing it. But any new rule will certainly be challenged. The Biden EPA must weigh its strategy carefully in deciding which measures to include in the BSER and for compliance purposes—whether it’s generation shifting, emissions trading, demand-side energy efficiency, co-firing, or even carbon capture and sequestration—to ensure it crafts a workable and legally-defensible rule. 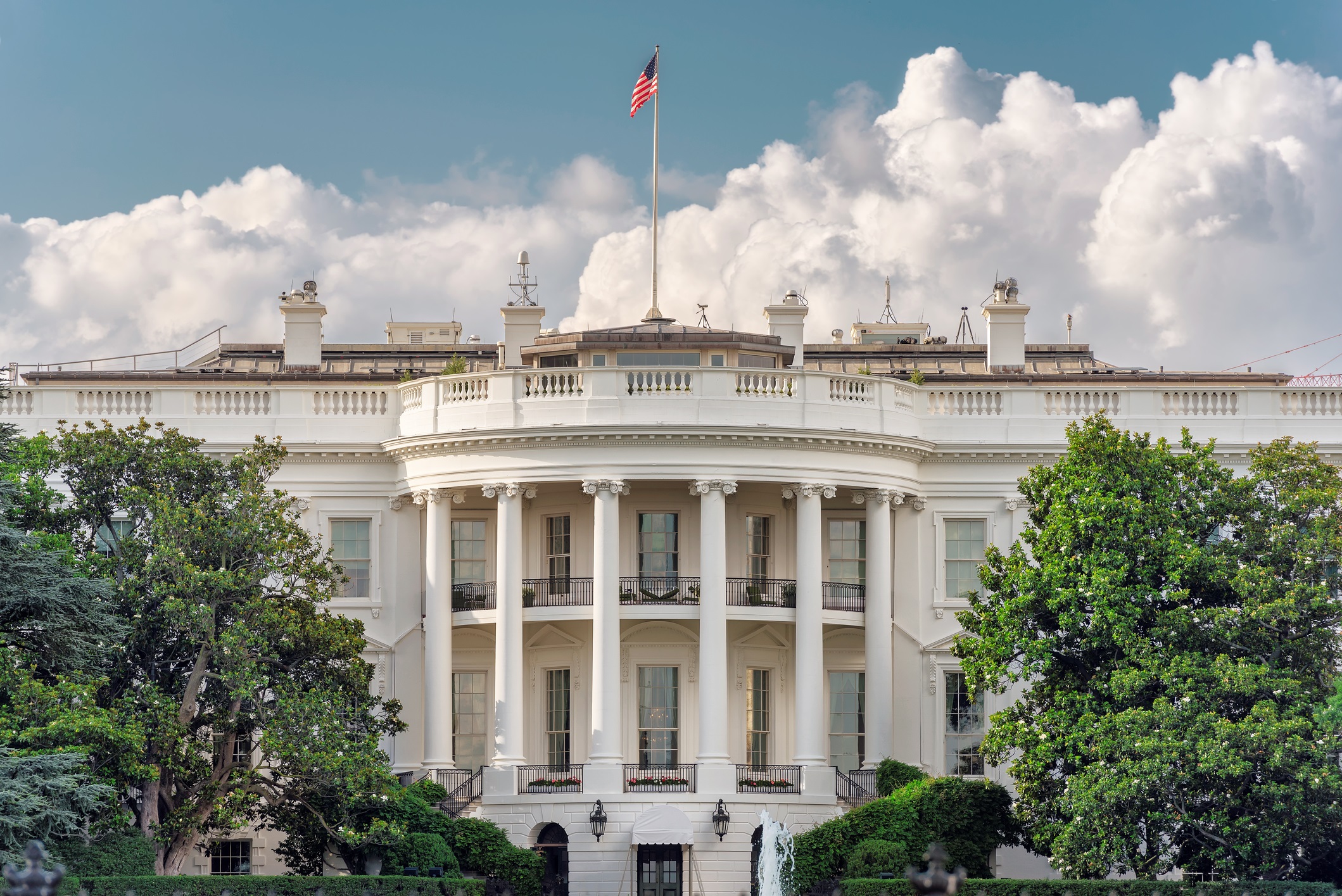