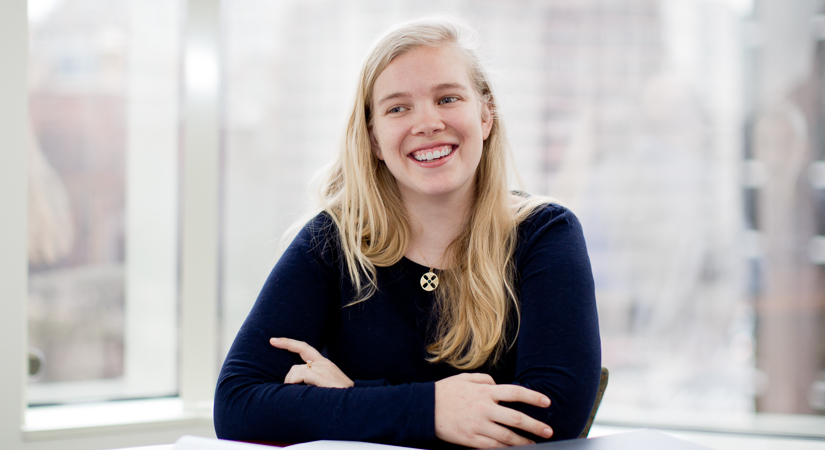 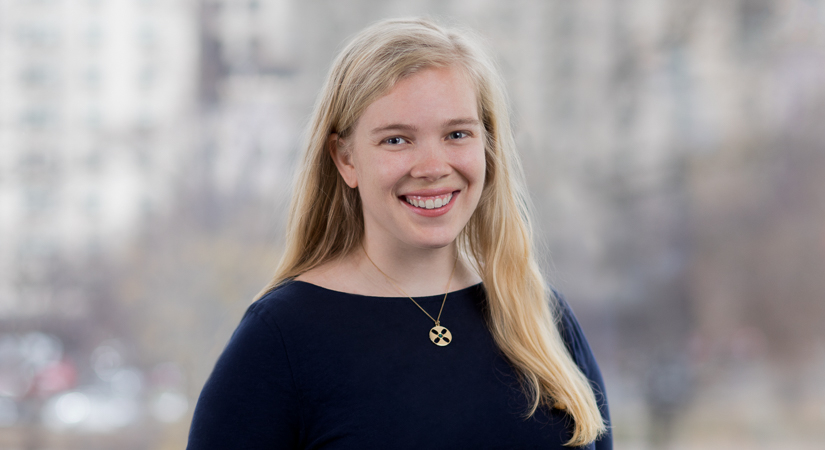 In what could be the last in the over 30-year line of cases in the District of Columbia Circuit interpreting the Resource Conservation and Recovery Act (RCRA) regulatory definition of solid waste, on July 2, 2019, the D.C. Circuit denied a petition filed by a group of Environmental Petitioners challenging the Transfer-Based Exclusion. California Communities Against Toxics v. EPA (No. 18-1163).

The Court began its opinion by denying a series of procedural-type arguments raised by defendant Environmental Protection Agency (EPA) and joined in part by industry intervenors. It then applied a traditional Chevron step one and step two analysis and an APA arbitrary and capricious analysis to uphold EPA’s action.

Not surprisingly given the long history of RCRA regulatory definition of solid waste litigation, environmental groups challenged the 2008 Rule as too lenient, and industry groups challenged it as too strict. After numerous additional administrative and court filings, EPA eventually in 2015 replaced the Transfer-Based Exclusion with the “Verified Recycler Exclusion,” which imposed far more stringent requirements on the transfer of materials from a generator to an offsite reclaimer. 80 Fed. Reg. 1691, 1695.

EPA Procedural-Type Arguments for Dismissal Rejected by the Court

On the issue of standing, the Court explained that “[i]f a challenged regulation causes individuals to reasonably fear health or environmental harms and thus prevents them from using or enjoying the aesthetic or recreational value of their area, their injury suffices for Article III standing.” Slip Op. at 7 (citations omitted). EPA had suggested that the seven years the 2008 Transfer-Based Exclusion was in effect rendered petitioners’ concerns about the harms speculative, but the Court disagreed. The Court acknowledged that, during that time, a small number of facilities qualifying for the exclusion had used it, and most states did not adopt the exclusion. Slip Op. at 7. But, the Court explained that “facilities now qualifying or the Exclusion are likely to “take advantage of the Exclusion for which they lobbied” EPA. . . .” Slip Op. at 7 (citations omitted).

In order for a court to consider an issue, a party must have initially raised it with the agency during the rulemaking to provide the agency with an opportunity to consider the issue, determine its ruling, and provide the reasons for its decision. Slip Op. at 7-8. Otherwise, the party may waive its claim. In this case, the Court rejected EPA’s arguments that Environmental Petitioners had waived their claims. The Court explained that Sierra Club had previously raised concerns about “the relevance of generators’ payment to recyclers and the insufficiency of the Transfer Conditions” – the same argument raised by Environmental Petitioners in this case. Slip Op. at 8. The Court cited EPA’s own Response to Comments on these issues to show that EPA was aware of the objections and had responded to them. Slip Op. at 8-9.

Under RCRA, parties may seek review of regulations “within ninety days from the date of such promulgation . . . or after such date if such petition for review is based solely on grounds arising after such ninetieth day. . . .” 42 U.S.C. § 6976(a)(1). The Court found that the circumstances leading to the petition at issue are a “classic example” of the “after-arising” grounds exception. Slip Op. at 9. The after-arising grounds exception includes situations where an event occurs and ripens a claim. Slip Op. at 9. Because EPA expressed its intention to withdraw the Transfer-Based Exclusion within a month of Sierra Club petitioning for review of the 2008 Rule, Sierra Club’s challenge to that rule would have been unripe. Slip Op. at 9-10. The decisions in API III and API IV, as well as EPA’s re-issuance of a Transfer-Based Exclusion in 2018, re-ripened Sierra Club’s challenge. Slip Op. at 10. The court further explained that the case for timeliness is strengthened here by the differences between the 2018 and 2008 versions of the Transfer-Based Exclusion. Slip Op. at 10.

Claim preclusion requires there to have been prior litigation involving “the same claims or cause of action.” Slip Op. at 11 (citations omitted). Environmental Petitioners, in this case, did not raise the same claims as were raised in 2015 because the Verified Recycler Exclusion challenged in 2015 was different from the 2018 Transfer-Based Exclusion. Because the Transfer-Based Exclusion did not exist in its current form when petitioners challenged the exclusion in 2015, the causes of action are not the same.

One required element for issue preclusion is that the issue was “actually and necessarily” decided in a prior case, which requires that the determination was essential to the court’s decision. Slip Op. at 12 (citations omitted). The Court found nothing in the opinions in API III or API IV to indicate that the court had rejected petitioners’ claim that “generators discard materials by paying to get rid of them.” Slip Op. at 13. In API III, the court only decided the issues raised by industry petitioners, so there was no need to evaluate the arguments from environmental petitioners. Slip Op. at 12-13.

Stare decisis provides that when the same issue is presented in a later case, the court should reach the same result. In this case, the Court found that “[n]o court has expressly decided whether hazardous materials that a generator pays a reclaimer to accept are necessarily “discarded” under RCRA.” Slip Op. at 13. Accordingly, the Court concluded that the Environmental Petitioners’ claims were not barred by stare decisis. Slip Op. at 13.

As the basis for their challenge, Environmental Petitioners contended that payment by generators of hazardous secondary materials to a reclaimer to accept such materials meant that in all cases the hazardous secondary materials were “discarded." Under RCRA and the long line of RCRA regulatory definition of solid waste cases, materials can only be “solid” and “hazardous wastes” and subject to full RCRA Subtitle C regulation, if they are “discarded.” Environmental Petitioners argued that any ambiguity about the meaning of “discard” does not extend to materials generators pay to get rid of which “fall so easily into the ordinary meaning of discarded.” The D.C. Circuit rejected Environmental Petitioners’ claims under a traditional Chevron step one and step two analysis and an Administrative Procedure Act (APA) arbitrary and capricious analysis.

Under Chevron step one, the Court found that “Congress has not directly answered the question of whether “discarded material” under RCRA includes hazardous secondary material that a generator has paid a reclaimer to accept”. Slip Op. at 16. The Court added that “[t]he parties do not point to anything in the statutory text, structure, or legislative history of RCRA that clearly answers whether discarded includes or excluded materials that a generator pays to transfer to a reclamation facility.” Slip Op. at 16.

The Court also reviewed the history of the “discarded” case law in the D.C. Circuit from the 1987 American Mining Congress v. EPA case, 824 F. 2d. 1177 (D.C. Cir. 1987) (AMC I), through API III in 2017. The D.C. Circuit found that the “Court’s precedent . . . leaves no room to conclude that Congress directly resolved that “discarded material” must include hazardous secondary materials that a generator has paid a reclaimer to accept.” Slip Op. at 19.

Under the second prong of the Chevron analysis, the Court rejected Environmental Petitioners’ argument that EPA did not provide a reasoned explanation for its interpretation of “discard”, and therefore was not entitled to Chevron deference. The Court found that EPA's decision when adopting the Transfer-Based Exclusion not to make a payment from a generator to a reclaimer dispositive in assessing whether the material is “discarded” is a permissible interpretation of “discard.” Accordingly, the Court upheld the Transfer-Based Exclusion under Chevron Step Two.

Environmental Petitioners also argued that the Transfer-Based Exclusion was arbitrary and capricious under the APA because EPA provided no reasoned explanation for treating hazardous secondary materials destined for recycling differently than similar materials destined for disposal. The Court disagreed. Relying on aspects of earlier RCRA definition of solid waste case law, the Court found that the “Transfer Conditions” that were part of the Transfer Based Exclusion had the goal of ensuring that the materials remained in a continuous stream or flow of production within industry processes (citing AMC I). Slip Op. at 23. The Court also noted that the “adoption of the Transfer Based Exclusion and its conditions rests on the premise that materials sent to a reclamation facility to be stripped and reused or recycled are not part of the waste disposal problem targeted by Subtitle C regulations.” Slip Op. at 23. The Court determined that the Transfer Conditions (and the attendant legitimacy factors) were adopted by EPA to ensure that materials may be sent only to reclaimers that had economic incentives to responsibly manage and recycle them, and that the Transfer Conditions ensured as much. Therefore, the D.C. Circuit ruled that EPA did not act “arbitrarily or capriciously” in adopting the Transfer-Based Exclusion because EPA provided a “reasoned explanation” for the Transfer-Based Exclusion and the conditions attached to it.

Beveridge & Diamond's Waste and Recycling practice group and Waste Treatment, Recycling, and Disposal Services industry group has been directly involved in virtually every major waste rule-making under RCRA and advise companies on waste issues in all 50 states and on every continent. We help clients minimize exposure to liability, develop business opportunities, decrease cost, and enhance profitability. For more information, please contact Don Patterson or Dacie Meng.