In a critical decision preserving state authority in water quality management, a U.S. District Court has ruled that EPA has broad discretion to not establish federal numeric nutrient water quality standards because the Clean Water Act (CWA) vests primary responsibility for this function in the states. The decision in Gulf Restoration Network v. Jackson rebuffed efforts by a major coalition of environmental groups to compel EPA to take control of nutrient management criteria for a significant part of the country’s water. Principal Karen Hansen (Austin) represented the National Association of Clean Water Agencies (NACWA) as an intervenor supporting EPA in the case, which has been litigated in the district court and the court of appeals since 2012.

The case involved a dispute over significantly different approaches for addressing elevated levels of nitrogen and phosphorus in the Mississippi River basin waters and in the northern Gulf of Mexico. The environmental Plaintiffs, led by the Natural Resources Defense Council and the Sierra Club, first petitioned and then sued EPA to set federal numeric nutrient standards across the vast Mississippi River watershed. On December 15, 2016, Judge Jay Zainey of the U.S. District Court for the Eastern District of Louisiana found that EPA’s 2011 denial of the petition seeking this unprecedented federal action was sufficiently grounded in the CWA to survive this challenge by environmental groups. Gulf Restoration Network v. Jackson, 2016 WL 7241473 (E.D. La., Dec. 15, 2016). Importantly, the court also rejected a narrow reading of Massachusetts v. EPA, 549 U.S. 497 (2007), as applied to the CWA.

Most persuasive to the court was that EPA’s denial of the environmental groups’ petition followed the statutory framework of CWA Section 303(c)(4) (B), which places primary responsibility on states to lead efforts to protect and improve water quality. In this regard, the court rejected the plaintiff’s assertion that EPA’s denial was based on the Agency’s policy preferences rather than the CWA. In particular, the court noted that the CWA is “a broadly worded statutory scheme” and that the disputed statutory provision in its structure and requirements “draws upon the entire body of the CWA.”

The NRDC, the Sierra Club and others petitioned EPA in 2007 to develop numeric nutrient criteria for all 50 states, or at least those with direct tributary waters to the Mississippi River and the northern Gulf of Mexico. This request, had it been granted, would have involved a federal effort of unprecedented scope and scale under the CWA. The petition invoked studies and data regarding extensive nutrient pollution in the Mississippi basin and its links to the hypoxic zone that appears annually in the Gulf of Mexico. The environmental Plaintiffs argued that the EPA’s ongoing reliance on states to address the need for reduction in nutrient pollution was misplaced because the statutory framework was not effective. When EPA denied the petition, in 2011, without deciding whether federal action to set water quality standards in lieu of states was “necessary” under Section 303(c)(4)(B), the environmental groups sued, alleging that the denial was unlawful both because EPA had not actually decided the “necessity” issue and because the evidence set forth in the petition unquestionably demonstrated that federal action was necessary under the CWA.

In the original district court opinion, the court agreed with Plaintiffs that Massachusetts v. EPA required EPA to make a “yes/no” determination on the Section 303(c)(4) (B) “necessity” question. Gulf Restoration Network v. Jackson, 2013 WL 5328547 (E.D. La. Sept. 20, 2013) (GRN I). This determination was overturned on appeal to the Fifth Circuit, which vacated and remanded this issue to the district court. Gulf Restoration Network v. McCarthy, 783 F.3d 227 (5th Cir. 2015). The Fifth Circuit also instructed that the scope of review on remand was to be very narrow, focused only on whether EPA’s denial of the petition was legally sufficient.

Judge Zainey’s fifteen-page opinion issued last week, available here, concluded that EPA’s denial of the petition was sufficiently grounded in the CWA, particularly given that Section 303 explicitly provides for shared responsibilities among EPA and the states, with states having primacy over water quality within their borders. The court noted that the Plaintiffs had essentially acknowledged state primacy under Section 303 of the Act and that their real complaint was that the choices made by Congress in Section 303 were not effective in reducing nutrient pollution, particularly in such a large and diffuse water body like the Mississippi River basin. The court explained:

“[T]he CWA is by design a states-in-the-first-instance regulatory scheme. See 33 U.S.C. § 1251(b) (“It is the policy of Congress to recognize, preserve, and protect the primary responsibilities and rights of States to prevent, reduce, and eliminate pollution . . . and to consult with the Administrator in the exercise of his authority under this chapter.”) (emphasis added). Under the CWA the States are charged with adopting water quality standards for their territorial waters, and EPA exercises oversight, stepping in only when the states demonstrate that they either cannot or will not comply. With the CWA the federal role is properly characterized as a secondary or backstop role. Focusing more narrowly on § 1313 to Title 33 or § 303 of the Act, the primacy of the States’ role permeates the text. As a matter of law, the Denial is not based on reasons divorced from the statutory text of the CWA.”

In addition, the court rejected the Plaintiff’s arguments that the Supreme Court’s decision in Massachusetts v. EPA meant that EPA could only rely upon scientific considerations in exercising its discretion under CWA Section 303. The court explained that Massachusetts v. EPA “does not preclude EPA from relying on policy grounds in the Denial, only those without textual support in the statute.” The court further noted that the cooperative federalism structure of CWA Section 303, where states have primacy over water quality with congressionally defined federal oversight, was not an EPA policy preference or even an “alternative policy” but rather “is an integral part of the CWA as enacted by Congress.” [Id.] The district court granted EPA’s motion for summary judgment.

Implications of Deference to EPA

GRN v. Jackson provides much-needed clarity to the complex and daunting task of establishing water quality standards, particularly for the major challenge of nutrient pollution that is pervasive in many of the nation’s waterways. The opinion establishes that, as intended by the Clean Water Act, states are in the lead in addressing the wide array of sources and causes of water quality issues within their borders, with EPA involvement as a backstop.GRN is also the first application of Massachusetts v. EPA to the CWA and creates important precedent under the Act for the exercise of considerable discretion by EPA in addressing petitions for federal action under the Act. The case may take on increased importance for the regulated community as the role of EPA and states, under the CWA and other federal statutes evolve under the Trump Administration. Judicial deference to federal agencies such as EPA and the future of the Waters of the U.S. rulemaking are two key topics of interest given the focus both issues are receiving during the post-election transition period. 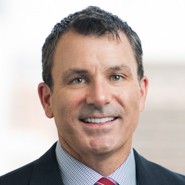