U.S. EPA Clean Air Act mobile source enforcement is on the upswing. Following a recent settlement with an aftermarket automotive parts manufacturer, Susan Bodine, Assistant Administrator for EPA’s Office of Enforcement and Compliance Assurance, warned, “Manufacturers and sellers of automotive emissions control defeat devices should stand up and take notice of this settlement. EPA will protect air quality by vigorously enforcing the Clean Air Act’s prohibition on these devices."

This admonishment is in line with Bodine’s testimony to Congress about EPA’s proposed National Compliance Initiatives for Fiscal Years 2020-2023, in which Bodine stated that EPA’s success in reducing pollution through air enforcement actions against stationary sources has led EPA to shift its focus to mobile source enforcement, including issues involving aftermarket defeat devices and catalytic converters. 84 Fed. Reg. 2848.

EPA’s enforcement database identifies more than 40 mobile source enforcement actions that have been resolved since the beginning of 2018. Although penalties varied greatly – ranging from $150 to $4.15 million – the average fine exceeded $200,000. EPA assessed the largest penalty against Spartan Diesel Technologies, LLC after alleging that it sold or installed in Ford diesel trucks over 5,000 “flash consoles” that constituted defeat devices.

Although not binding precedent, Chief Judge Robert Shelby ruled that private citizens can use the Clean Air Act’s (CAA) citizen suit provision to sue aftermarket automotive parts companies for violating the CAA’s mobile source provisions that prohibit tampering with an emissions control system or selling or installing products that reduce the effectiveness of those systems. 2019 WL 1126347, at *1. This represents a departure from the longstanding view that only the government can enforce these provisions.

Judge Shelby ruled that the CAA’s citizen suit provision authorizing suits for violations of “an emission standard or limitation” applied to alleged violations of the CAA’s tampering and defeat device provisions as well as standards established under a State Implementation Plan (SIP). Although Judge Shelby did not explain how the Diesel Brothers’ alleged violations constituted violations of “an emission standard or limitation,” he granted plaintiffs’ motion for summary judgment, finding the Diesel Brothers violated:

Not only is this expansive interpretation novel it is also partially at odds with a 2018 Ninth Circuit decision. In that case, the Ninth Circuit held that SIP violations amounted to a violation of “an emission standard or limitation,” but a violation of the CAA’s defeat device provisions did not. 894 F.3d 1030, 1043-46. Thus, because the CAA only authorizes citizen suits for violations of “an emission standard or limitation,” only the government can enforce the CAA’s tampering and defeat device provisions.

Below we discuss other notable aspects of the UPHE opinion and its potential implications should other courts follow its reasoning.

Vehicle retailers should take note of the court’s ruling regarding “pass-through” vehicle sales. In this regard, the court found that a seller who obtained and then sold an “as-is” defeat device-equipped vehicle can be held liable under the CAA.

The CAA makes it illegal for:

The Diesel Brothers argued that this provision only prohibits “the sale or installation of parts or components meant to defeat emissions and that when a truck is acquired and sold as-is, the emissions part is not being sold.” 2019 WL 1126347, at *8. However, the court rejected this reading as “untenable” because the statute’s plain language prohibits “the sale of an emissions defeat part ‘as part of’ a vehicle where the seller knows or should know the part is being ‘put to such use.’” Id. at *9. Accordingly, under UPHE, anyone selling a vehicle potentially could be liable if that seller knows or should know the vehicle contains a defeat device.

The court also applied an expansive standard of liability for corporate officers. Adopting the Responsible Corporate Officer Doctrine, the court found that individual employees can be held liable “if they had authority to prevent or correct CAA violations and failed to exercise that authority, provided they had knowledge of the facts giving rise to the violation." Id. at *8. Thus, going forward, mobile source citizen suits could result in corporate officers having to personally pay civil penalties.

UPHE also addressed several notable aspects regarding plaintiffs’ standing to bring their citizen suit. Regarding causation and redressability, the Diesel Brothers argued the increased pollution resulting from the defeat devices was but “a ‘drop in the ocean’ of total air pollution” such that it could not cause injury to plaintiffs and abating the pollution would not eliminate the injuries alleged. Id. at *6. The Diesel Brothers also argued for a causation standard developed for greenhouse gas (GHG) emissions, where plaintiffs must demonstrate that the pollution at issue makes a “meaningful contribution” to the injuries alleged. Plaintiffs, by contrast, argued for the causation standard generally applied to waterway pollution, where plaintiffs must “merely show that a defendant discharges a pollutant that causes or contributes to the kinds of injuries alleged in the specific geographic area of concern.” Id. at *3.

The court reasoned that because the Diesel Brothers’ NOx and PM “directly and immediately contribute to air pollution” in the air region, the case was more analogous to a waterway case than a GHG case. Id. at *4. The court went on to find that plaintiffs had standing because the Diesel Brothers’ violations contributed to the pollution harming plaintiffs and “[w]ere Defendants’ contributions to cease; that pollution would no longer pose a risk” to plaintiffs. Id. at *6.

Although plaintiffs had standing to pursue their claims, the court found that plaintiffs were not eligible for relief outside the “geographic area in which UPHE’s members suffer cognizable injury.” Id. at *6. Such a geographic limitation on standing could limit the scope of potential future mobile source citizen suits. However, where the alleged misconduct is widespread, national environmental advocacy groups may be able to surmount this potential barrier by submitting declarations from group members residing throughout the country.

What to Watch For

UPHE will no doubt embolden additional CAA citizen suits attempting to capitalize on its more expansive view of defeat device and tampering enforcement. Automakers, aftermarket parts companies, vehicle retailers, and corporate officials should monitor additional litigation spurred by UPHE and be aware that mobile source enforcement may no longer reside exclusively within the government’s domain.

Beveridge & Diamond's Enforcement Defense and Citizen Suits practice offers one of the most experienced enforcement and citizen suit defense teams, which includes one of the nation’s top environmental lawyers - the former Assistant Attorney General for the Environment and Natural Resources Division of the U.S. Department of Justice - and several former Environmental Protection Agency (EPA) and equivalent state agency lawyers or consultants. We have decades of experience helping clients navigate all aspects of compliance with Clean Air Act regulations. For more information, contact the authors. 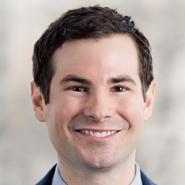