On Wednesday, July 15, 2020, the Council on Environmental Quality (CEQ) published a Final Rule updating its regulations implementing the National Environmental Policy Act (NEPA) across the federal government. 85 Fed. Reg. 43304; 40 C.F.R. § 1500 et seq. The Final Rule is substantially similar to the Proposed Rule unveiled in January 2020, which according to CEQ elicited over a million public comments. Proponents have applauded CEQ for undertaking this update of its NEPA regulations, believing it will improve the NEPA process, making it more effective, efficient, and responsive to the country’s infrastructure needs while ensuring environmental integrity. Critics, on the other hand, have condemned the changes, alleging negative impacts on public health and the environment, restrictions on public participation, and a diminished opportunity to challenge projects. Courts of course have not yet weighed in.

Change is always hard, particularly to 40-year old regulations. Yet despite rhetoric and promises of litigation over the Final Rule, in reality most of its provisions reflect NEPA best practices that already exist. Though it arguably is not perfect, the Final Rule aims to take a substantial step forward in improving environmental reviews and certainty in infrastructure development by codifying these practices across the federal government. The Final Rule will apply to NEPA reviews commencing after September 15, 2020, though agencies may elect to apply its provisions to NEPA processes already underway.

Below are key provisions and themes from the Final Rule:

The Final Rule codifies decades of guidance documents and court rulings into regulations binding on all federal agencies. Most significantly, CEQ formalizes principles and strategies reflected in One Federal Decision (Executive Order 13807 and its implementing Memorandum of Understanding; see here for our prior summary). These concepts include early engagement, simultaneous rather than consecutive reviews, pre-set schedules with defined milestones, document time and page limits, use of existing analyses and data, combining documents satisfying different legal requirements, clear dispute resolution procedures, and elimination of tactics prolonging the NEPA process. While headlines have focused on the Rule’s “presumptive” time and page limits for NEPA documents—2 years and 150 pages for an Environmental Impact Statement (EIS); 1 year and 75 pages for an Environmental Assessment (EA)—it remains to be seen how rigidly or effectively agencies will adhere to them in practice. For example, agencies may simply move more discussion to appendices––a strategy that several agencies already have been using to sidestep similar agency-specific policies adopted under the current Administration. Conversely, courts may perceive a weaker record if NEPA analysis is artificially limited. In any event, shortening and improving readability of NEPA documents are laudatory goals and will be beneficial if done correctly.

CEQ clarifies which actions should trigger NEPA in the first instance, including the meaning of a “major federal action,” as distinct from the question of whether actions have “significant” effects on the human environment under NEPA. The Final Rule’s categories of excluded actions track statutory exemptions and years of federal case law. In addition, CEQ provides individual agencies latitude to identify specific non-major federal actions that they commonly undertake. Nevertheless, the details of these wholesale exclusions from NEPA are likely to be controversial and engender a new type of claim in litigation challenging infrastructure projects. The Final Rule also declined to specifically address the “small handle problem” involving whether a federal agency action (e.g., a permit to cross jurisdictional wetlands) that is a small component of a larger non-federal project can nonetheless subject the entire project to NEPA review.

The Final Rule streamlines and focuses the consideration of effects under NEPA. For example, it eliminates vague factors that have engendered litigation regarding the appropriate level of NEPA review, such as whether an action is “highly controversial.” CEQ also explains that a closer relationship than “but for” causation is required to attribute an effect to a proposed action. Moreover, the Final Rule adjusts the Proposed Rule’s treatment of “cumulative” effects. While still deleting that regulatory definition, the Final Rule relies on its general definition of “effects” to encompass all relevant effects, and clarifies that the description of baseline environmental conditions should include “reasonably foreseeable environmental trends and planned actions in the area.” The preamble also states that the Final Rule does not preclude consideration of climate change or any other particular environmental effect.

CEQ dedicates a new section to CEs, the most frequently utilized level of NEPA review. Among other things, CEQ clarifies that the mere existence of a listed extraordinary circumstance does not disqualify use of a CE, and endorses agencies’ use of other agencies’ CEs where justified. That said, the Final Rule contains fewer details and potentially more ambiguity on using a CE than an EIS or EA.

The Final Rule attempts to improve participation of and reduce gamesmanship by agencies and project opponents during the NEPA process. Most notably, CEQ requires that comments be specific and timely, and touts the judicial requirement of exhaustion of administrative remedies by raising issues for agency consideration in the first instance before litigating them in court. For its part, the lead agency must make available and summarize all “alternatives, information, and analyses” it receives. In a change from the Proposed Rule, the Final Rule no longer requires would-be litigants to first object to the contents of that summary within 30 days after a Final EIS, a provision which likely would have been a magnet for opposition merely to preserve litigation options.

Advancing the theme of reducing time and paperwork, the Final Rule endorses a federal agency’s use of not only its own existing NEPA documents, but also a broader range of prior analyses and data. The reliability of prior work product is not dependent on its inclusion in a prior EIS. The Final Rule embraces the value of tiering, incorporation by reference, and adoption by allowing agencies to avoid duplication of other work product.

The Final Rule reflects the reality of limited agency resources and time-sensitive proposed project schedules by strengthening agencies’ ability to utilize third-party consultants in preparing NEPA documents. Among other things, the Final Rule: (i) makes clear that applicants can help draft EISs as well as EAs; (ii) avoids the need to hire new sets of outside contractors unfamiliar with pre-scoping work on the proposed action; and (iii) clearly enables direct requests to the applicant for information. These provisions hopefully will bring more consistency to individual agencies’ receptivity to outside help and involvement of applicants in the NEPA process.

Going forward, several groups have vowed to bring litigation facially challenging the Final Rule. Such facial attacks must first overcome jurisdictional obstacles, including standing and ripeness. More challenges may arise in application of the Final Rule to individual projects. It remains to be seen what level of deference courts will give federal agencies in applying the Final Rule and how courts will resolve any perceived conflicts with existing case law. CEQ’s Final Rule also forms the basis for conforming amendments to individual agencies’ own NEPA regulations in the coming months. The Final Rule may also be subject to the Congressional Review Act in the next Congress. For now, project proponents and agencies may utilize strengthened tools to realize better and faster environmental reviews.

Beveridge & Diamond offers a full range of counseling, permitting, and litigation services for developers of energy, water, transportation, and municipal infrastructure, including significant experience and capabilities in support of NEPA reviews.  For more information, please contact the authors or any member of the Firm’s NEPA and Historic Preservation Reviews or Infrastructure and Project Development and Permitting practices. 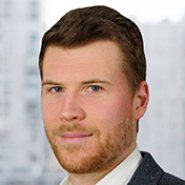