A bill proposed in the Chamber of Deputies would create the “Citizen Company Seal,” which would be awarded to companies that meet certain social and environmental criteria, including, among others:

Specific technical criteria for certification and the procedures for obtaining the Seal would be established in implementing regulations. Once granted, companies could use the Seal in public marketing campaigns to distinguish themselves and their products from competitors. The Bill goes to the Economic Development, Industry, Commerce, and Service Committee, as well as the Constitution and Justice and Citizenship Committee for review.

A bill proposed in the Chamber of Deputies would modify the Sanitary Surveillance Law on Pharmaceutical Products (No. 6.360/76) to establish rules for the marketing of organic cosmetics. Under the Bill, to register a product as an organic cosmetic, the product’s inputs would need to be certified as organic—i.e. obtained in an organic system of agricultural production or from a sustainable extractive process, and not harmful to the local ecosystem. The Bill will be analyzed by the Social Security and Family; Environment and Sustainable Development; Finance and Taxation; and Constitution, Justice, and Citizenship Committees.

The Ministry of Environment (MMA) has announced that it will develop technical standards to control the use of hazardous substances in electrical and electronic equipment (EEE). Brazil currently does not have specific rules regulating the use of hazardous substances in consumer electronics. With the development of the technical standards, however, the Brazilian government aims to create legislation similar to the European Union's RoHS (Restriction of Hazardous Substances) Directive, which limits the use of cadmium, mercury, hexavalent chromium, polybrominated biphenyls, diphenyl polybrominated ethers, and lead in EEE. According to the MMA announcement, the Brazilian RoHS proposal will cover a range of EEE, including large appliances, such as freezers, washing machines, stoves and electric ovens; small appliances, such as vacuum cleaners, hair dryers, clocks and wrist watches; computer and telecommunications equipment, such as desktops, notebooks and cell phones; lighting equipment; electrical and electronic tools; toys and sports and leisure equipment; and medical devices, among others.

The Ministry of Environment (MMA) has published two resolutions in the Official Gazette initiating the process of developing the decrees that will establish collection and recovery goals for the six priority products established in the Law to Promote Recycling (No. 20.920/2016), beginning with used tires and containers and packaging. The resolutions kick off the process, expected to last thirteen months, by requesting technical, economic, and social information from the general public and establishing the formation of an extended Operating Committee for each priority product that will aid in the development of the decrees.

A bill that would prohibit commercial establishments in coastal cities from providing non-biodegradable plastic bags to consumers to transport purchased goods and empower non-coastal cities to adopt similar restrictive measures has been approved unanimously, first by the Senate Environment Committee and then by the Senate as a whole. The Bill has been modified from its original scope to generally regulate single-use, disposable plastics.

Waste Classification Regulation in the Works

According to figures by the Colombian Chamber of Plastic—made up of more than 80 companies that manufacture plastic bags—after the implementation of Resolution No. 688/2016, which regulates the use of plastics bags, and the tax reform that created a 20-peso-added-tax on the provision of plastics bags at points of sale, plastic bag use in the country has decreased by more than 26%. The next step, the Ministry of Environment announced, is to develop a waste classification regulation, in collaboration with the Ministry of Housing, that would require commercial establishments of a certain size to provide customers with at least three colors of bags to facilitate the separation of reusable organic, recyclable, and non-reusable waste. Consumers could voluntarily elect to use the colored bags for their purchases and then later reuse them to separate their wastes. The bags would be required to display a statement directing users to adequately perform separation at the source. With current national recycling rates estimated at 17%, the Colombian government aims to achieve 20% recycling by 2020 and 30% by 2030.

The Ministry of Science, Technology, and Telecommunications has published a decree (No. 40812-MICITT) pushing back the effective date of the Regulation for the Transition to Digital Terrestrial Television in Costa Rica (No. 36774-MINAET) from December 15, 2017, to August 14, 2019. By this date, the government aims to achieve the necessary technical measures to transition the country from analogue technology television broadcasting services to digital technology television broadcasting services.

The National Standardization Advisory Committee for the Preservation and Rational Use of Energy Resources (CCNNPURRE) has published a draft technical standard that would establish energy efficiency limits, testing methods, and labeling specifications for ductless mini-split and multi-split-type air conditioners. If adopted as proposed, the draft standard would repeal and replace NOM-023-ENER-2010, currently in force, and go into effect 180 days after its publication in the Official Gazette.

The Ministry of Environment (SEMARNAT) has proposed a draft technical standard that would set maximum permissible limits of contaminants in wastewater discharges in order to protect, conserve, and improve the quality of national waters. It would not apply to discharges from drains destined exclusively for rainwater or discharges that are directly released into municipal drainage and sewer systems. If adopted as proposed, the draft standard would repeal and replace NOM-001-SEMARNAT-1996, currently in force, and go into effect 60 days after its publication in the Official Gazette.

The Ministry of Environment (MINAM) has finalized a new version of the Regulation to the Law for Integrated Management of Solid Wastes (Supreme Decree No. 014-2017-MINAM) to accommodate the updated Law for Integrated Management of Solid Wastes (Decree No. 1278), finalized in December 2016. Most notably, the Regulation varies from its predecessor (Supreme Decree No. 057-2004-PCM) in that it introduces additional obligations for generators of municipal, special municipal, and non-municipal solid wastes; establishes recovery responsibilities for generators of used containers of hazardous substances or products; and sets the framework for the Special Regime for the Management of Solid Wastes from Prioritized Goods, which incorporates producer take-back requirements. 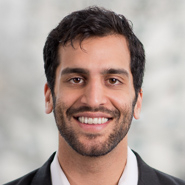