After five years in the making, the federal Bureau of Land Management (BLM) has proposed a rule to reduce the waste of natural gas from operations on federal and Indian oil and gas leases and to clarify when royalties apply to lost gas volumes. BLM’s major proposals include:

The public comment period closes 60 days after publication of the proposed rule in the Federal Register. Any company or organization with interests in federal or Indian oil or gas leases has a significant vested interest to weigh in on the proposed rule before it becomes final.

The proposed rule addresses four issues that are particularly notable.

A federal or Indian oil and gas lessee is required to pay royalties on gas which is removed or sold from the lease or avoidably lost (i.e., wasted). BLM currently defines gas as “unavoidably lost” (and therefore not subject to royalties) when it is not economic for the operator to recover such gas. BLM is proposing to narrow the definition of “unavoidable” losses and thus subject operators to royalties for more types of gas losses.

How to Capture Gas that Would Otherwise Be Flared or Vented

The proposed flaring limit and narrowed definition of unavoidable loss are both designed to encourage the capture of more gas, even in the absence of traditional capture technology such as pipelines. BLM asserts there are two bases for this increased capture requirement. First, BLM asserts that its elimination of the requirement for lease-specific flaring permits will free up its resources to permit more rights-of-way for the construction of new pipelines where economically feasible. Second, if such traditional pipeline technology is not feasible, BLM proposes that operators explore alternative technologies such as the use of gas for on-site generators and engines, the use of gas to power micro-turbines to produce electricity for sale to the electric grid, the on-site capture of natural gas liquids and natural gas, and the on-site liquefaction and shipment of natural gas.

While BLM recognizes that EPA has issued both proposed and final rules to reduce methane emissions, it asserts that such rules are aimed at air quality, not waste reduction, and only cover new oil and gas wells. In those instances where BLM believes that the two agencies’ regulations are redundant (e.g., pneumatic pumps; the capture or flaring of gas during well drilling), BLM proposes that operators who demonstrate compliance with EPA’s regulations will be deemed in compliance with BLM’s regulations. Otherwise, BLM maintains that its regulations are necessary for the reduction of the waste of federal and Indian resources and promises to continue working with EPA to avoid redundancy.

BLM regulations currently require that competitively-issued federal oil and gas leases fix the royalty rate at 12 ½ percent. BLM is proposing to amend the regulations to comport with the governing mineral leasing statutes which set 12 ½ percent as the minimum rate. BLM states that it has no current intention to raise the royalty rate, but once the change is effected, BLM would immediately have the discretion to do so. 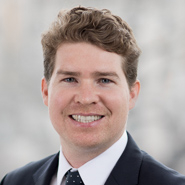