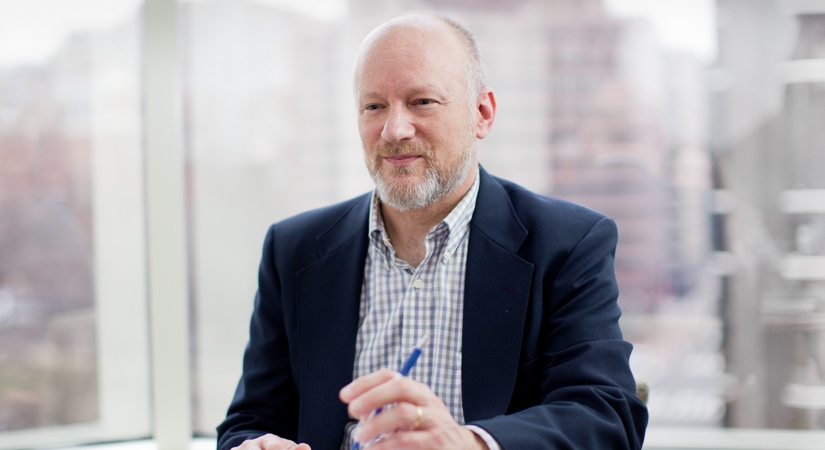 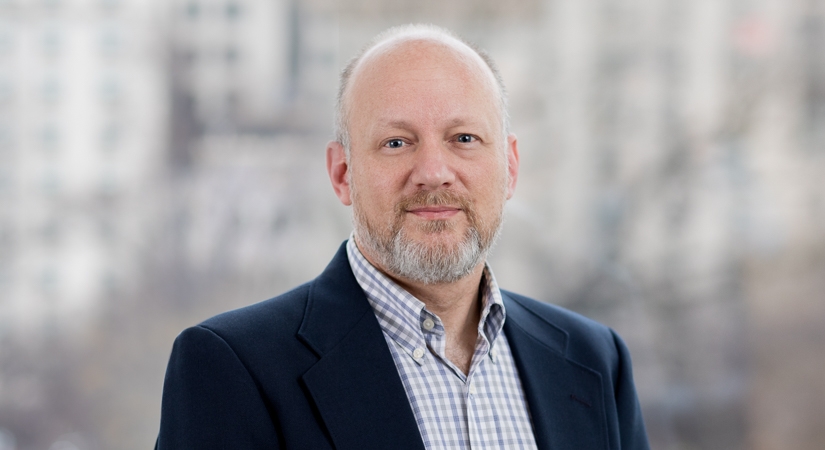 A bill (No. 1530/2016) proposed in the Senate would declare water as a fundamental human right—guaranteed to all Argentine citizens for the purposes of consumption, hygiene, and domestic uses. Notably, the Bill would require that the unemployed, retirees and pensioners, and workers paid a salary at or below the monthly minimum wage be provided with at least 60 liters of drinking water per day free of charge.

A bill (No. 2588-D-2016) proposed in the Chamber of Deputies would create the National Program for the Recovery of Pesticide Containers, enforced by the Ministry of Agriculture, Livestock, and Fisheries. Within six months from the Bill’s enactment, new pesticide applicator machines sold in the domestic market would be required to incorporate washing systems to decontaminate containers. The Ministry would establish separate compliance deadlines and penalties for nonconformity for pesticide applicator machines currently in use.

On May 3, 2016, Bill 430/2011 was signed into law by President Dilma Rousseff. Law 13.280amends Law 9.991/2000 to require electric utility companies to direct 20% of their financial resources (estimated to be around $100 million per year for the industry) to the National Program for Energy Conservation (Procel), which promotes the efficient use of energy through actions to combat energy waste and reduce energy consumption. The Law also creates the Energy Efficiency Management Committee (CGEE) and empowers the National Electric Energy Agency (Aneel) to define the payment schedule and payment of funds to be invested in Procel.

On May 12, 2016, Decree 8.772 was published in the Official Gazette to regulate Law. 13.123/2015 (Biodiversity Law). The Decree regulates the Management Board for Genetic Heritage and defines its organization, establishes infractions and administrative penalties, and outlines rules for accessing Brazilian genetic heritage, protecting and accessing associated traditional knowledge, and the fair and equitable sharing of benefits arising from the use of genetic resources.

A bill (No. 5007/2016) proposed in the Chamber of Deputies would require all public entities at the federal, state, and municipal levels to install collection points on their premises for discarded portable batteries. The batteries covered would be those used in telecommunication and electro-electronic equipment, such as games, toys, portable power tools, computers, flashlights, cameras, radios, stereos, watches, electronic organizers, electric razors, measuring instruments, and medical devices, among others.

The Ministry of Environment launched the National Plan for Adaptation, which provides guidelines for managing risks and opportunities associated with climate change. The Plan addresses eleven key sectors identified as most vulnerable to the impacts of climate change, including healthcare, water resources, food security, biodiversity, and coastal zones, among others. The Plan is the result of a collaborative effort between public and private entities, scientists, and the general public.

A reverse logistics pilot program has been launched in São Paulo to collect discarded white goods and small electronics. The program stems from a cooperation agreement signed by the governments of Brazil and Japan to improve e-waste management in Brazil. It is supported by the Japan International Cooperation Agency (JICA), the Brazilian Ministries of Environment (MMA) and Development, Industry and Foreign Trade (MDIC), the Brazilian Cooperation Agency (ABC) and the city of São Paulo, through the Secretariat of Services and the Municipal Urban Cleaning Authority (AMLURB). According to a government press release, the program may provide information to assist in the negotiation of the sectoral agreement for electronics, which is currently pending.

Recycling and Extended Producer Responsibility Bill, Boletín 9094-12, was signed into law by Chilean President Michelle Bachelet. Initially proposed in 2013, the Law aims to reduce waste generation and incentivize the reuse, recycling, and recovery of wastes in the country through extended producer responsibility principles. Specifically, the Law mandates that producers of six end-of-life "priority products" (lubricating oils, tires, electrical and electronic equipment, cells and batteries, and containers and packaging) organize and fund individual or collective Management Systems (i.e., take-back programs). Such systems will be proposed through Management Plans and approved by the Ministry of Environment. Implementing regulations covering collection and recovery goals and other waste management criteria specific to each priority product will be developed within one year of the Law's publication in the Diário Oficial.

If approved as proposed, Boletín 5823-07 would establish and regulate the real right to conservation, a legal instrument that could be voluntarily obtained by the owner of a property to preserve the environmental heritage or certain attributes or functions of a piece of private land for the benefit of a person or entity. The real right to conservation would be transferable, inseparable from the property, and have an indefinite duration unless the parties involved agree otherwise.

The Senate has unanimously approved a bill(No. 234/2016C) that would establish a framework law for the environmental management of Colombia’s marine-coastal territory to combat deteriorating coastlines and to address the lack of coordination amongst stakeholders. The Bill outlines provisions aimed at protecting and preserving marine-coastal natural resources, promoting sustainable use of beaches and tidelands, and establishing environmental compensation measures.

Phosphorous Content and Biodegradability Regulated in Soaps and Detergents

The Ministries of Environment and Health have issued a resolution (No. 0689) that establishes maximum phosphorous content limits and biodegradability of surfactants present in detergents and soaps in an attempt to reduce the release of these inputs into water bodies. Producers and marketers will have six months from the Resolution’s publication date to produce soaps and detergents that contain 3% or less of phosphorous and until 2018 to reduce phosphorous content to no more than 0.65%. Soaps and detergents will also be required to contain surfactants that comply with the minimum percentage of ultimate aerobic biodegradability, conforming to test methods 301 and 310 of the Organization for Economic Cooperation and Development (OECD) or its equivalent.

The Ministry of Environment has published a resolution (No. 668/2016) that regulates the use of plastics bags in the country. Under the Resolution, distributors of plastics bags are obligated to develop, implement, and maintain a “Program for the Rational Use of Plastic Bags” and submit an annual report to the Ministry that demonstrates compliance with Resolution goals (see Article 10) and includes a description of Program implementation strategies. A bill(No. 248/2016) has also been proposed in the Chamber of Deputies that would create a national environmental tax on all plastic bags distributed to consumers at retail stores. If approved, consumers would pay 150 Colombian pesos ($0.05) for plastic bags for the first year after the Bill’s enactment and 300 pesos ($.10) in the second year. After this period, the price would be adjusted on January 1st of each year based on the growth of the consumer price index over the previous year.

The Ministry of Mines and Environment has proposed a draft decree to establish guidelines and instruments to promote the development of an energy efficiency market in Colombia. Under the Draft Decree, electric utilities, oil and gas companies, and other energy service companies would develop Energy Efficiency Plans to meet goals set forth by the Ministry and the Mining and Energy Planning Unit. Energy Efficiency Certificates would be distributed by the Energy Efficiency Information Manager to those companies that have implemented energy saving measures or projects and have met the targets established in their Plans.

A new resolution (RES-DGA-034-2016) modifying Technical Note 0269 has gone into effect, regulating the import of new tires in the country and implementing the principle of extended producer responsibility. Under the resolution, producers and importers of tires must register as a “Compliance Unit” and submit a "Compliance Plan," which includes annual collection and recovery goals, to the Ministry of Health.

The Green Party has proposed a bill in the Chamber of Deputies that would establish the Law for Ecological and Sustainable Products, intended to combat the practice of "greenwashing,” or the misleading or false representation of environmental benefits in product marketing. The Bill would apply to all entities that produce, sell, or certify products manufactured according to ecological and/or sustainable production standards. If approved, the Bill could have significant impacts on the advertising and marketing of products sold in Mexico.

The Standard is intended to be applicable to all organizations, regardless of type, size, or the products and services provided.

The Secretariat of Economy has published a draft voluntary standard (PROY-NMX-R-12901-1-SCFI-2015) that harmonizes with Technical Specification ISO/TS 12901-1: 2012 "Guidance on the labeling of manufactured nano-objects and products containing manufactured nano-objects. Part 1- Principles and approaches." A Technical Specification is a document published by the International Organization for Standardization (ISO) or the International Electrotechnical Commission (IEC) that has the potential to become an International Standard in the future but has not yet gained the consensus approval required to become an International Standard. The draft standard is open for a 60-day public comment period.

The Federal Attorney for Environmental Protection (PROFEPA) carried out the 2nd National Highway Operation of 2016 to ensure that materials, substances, and hazardous wastes are being transported in accordance with federal laws and regulations for the transboundary movement of wastes. PROFEPA detected the irregular handling of 83 tons of hazardous waste, including oil-contaminated water, empty hazardous material containers, lead-acid batteries, soil containing high levels of metals and lubricants, and biological infectious waste. The Operation led to 17 administrative penalties.

The Federal Consumer Protection Agency (PROFECO) and the Confederation of Industrial Chambers (CONCAMIN) have agreed to coordinate actions to strengthen compliance protocols to ensure that imported products comply with national labeling and safety requirements. Such actions include increased monitoring at customs checkpoints. PROFECO and the National Association of Domestic Appliance Manufacturers (ANFAD) have also joined forces to ensure that marketed appliances meet all consumer guarantees, including compliance with national labeling and safety standards.

Within the context of the United Nations Framework Convention on Climate Change, the Ministry of Energy and Mines (MEM) launched the National Appropriate Mitigation Actions (NAMA) Project to combat greenhouse gas (GHG) emissions stemming from the energy, transportation, agriculture, solid waste, land use, and industrial sectors. The Project, which is funded by the Global Environment Facility, involves four primary actions:

The Partnership for Market Readiness (PMR) has granted Peru $3 million to develop a carbon market. PMR is a global partnership led by the World Bank and various donor countries that aims to provide support to developing countries to design and implement policies and instruments to reduce GHG emissions, primarily through market dynamics. Tradable emissions permits will allow programs like NAMA and other mitigation efforts to be counted toward Peru’s National Contribution goals, which conform with commitments made under the Paris Agreement on climate change.