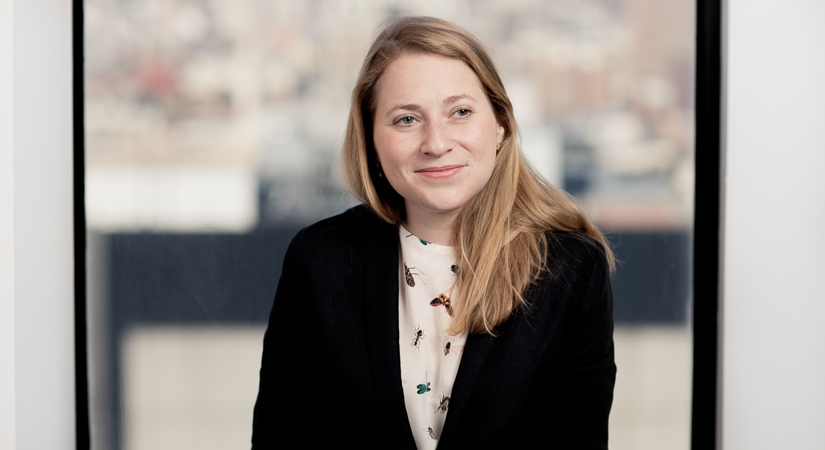 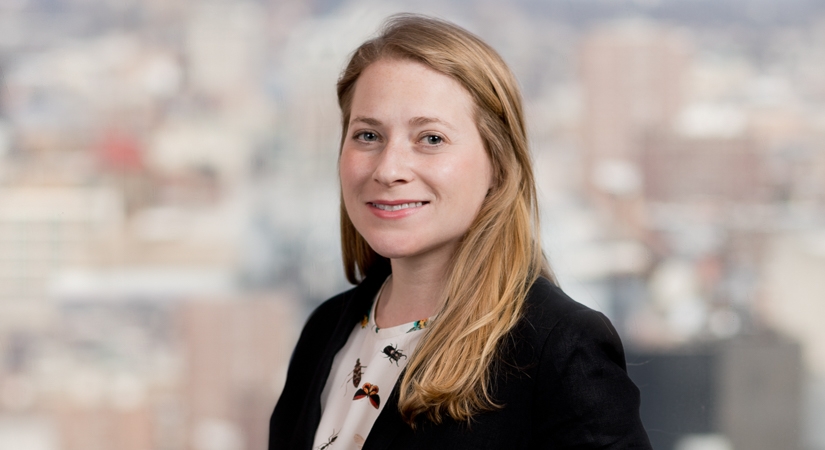 On June 26, 2021, in the waning hours of Oregon’s legislative session, the legislature passed House Bill 2021 (H.B. 2021 or the Act) - Oregon’s take on sweeping climate legislation for retail electricity generation. Notably, H.B. 2021 sets aggressive greenhouse gas (GHG) emission reductions targets for electricity sold to Oregon consumers, requiring a 100% reduction below baseline levels by 2040. This target is more aggressive than Washington’s and California’s targets of 2045. Oregon joins seventeen states, the District of Columbia, and Puerto Rico, in adopting either mandatory legislation or targets for 100% GHG-free electricity sectors by mid-century. Oregon is the latest state on the bandwagon, which has been growing since Hawaii adopted the first 100% renewable mandate in 2015.

H.B. 2021 represents a significant legislative milestone after cap-and-trade bills that appeared poised for passage were killed by walk-outs of Republican legislators in 2019 and again in 2020, denying majority Democrats the quorum necessary to enact the legislation. HB 2021 is currently awaiting Governor Brown’s signature, and she is expected to sign it.

These targets primarily affect the State’s two largest Investor Owned Utilities—Portland General Electric and Pacific Power (a division of PacifiCorp), both of whom supported the legislation. No earlier than January 1, 2022, these utilities must submit clean energy plans, which are to be coordinated with their integrated resource plans. The plans must include annual incremental goals towards meeting the 2030, 2035, and 2040 targets, and detail actions the utilities will take towards meeting those goals, including the acquisition of carbon-free resources, energy efficiency, and demand response. The clean energy plans are subject to review by the Oregon Public Utility Commission (OPUC), which must ensure that the plans move toward carbon-free resources as soon as practicable, but at a reasonable cost to electric consumers. The OPUC is required to consider a variety of factors in making this determination, including electric reliability, costs to consumers, and the availability of federal incentives.

The Act defines “non-emitting electricity” to include any generation source that does not emit GHGs, including hydroelectric power. Hence, compliance may be possible using hydropower, nuclear power, geothermal, solar, wind, and other renewable resources. Notably, the Act does not amend Oregon’s Renewable Portfolio Standard, which requires regulated utilities to provide 50% of their power from “renewable” resources, defined more narrowly to include solar, wind, geothermal, and similar resources, but to exclude hydropower and nuclear power. Oregon’s regulated utilities can therefore be expected to continue acquiring substantial amounts of new renewable generation, although they can use hydropower and nuclear to meet the remaining 50% of their needs not covered by the Renewable Portfolio Standard. Given that about 40% of Oregon’s power is supplied by hydroelectric facilities, hydropower will play a key role in compliance with HB 2021.

The new law includes several provisions allowing the OPUC to temporarily delay or suspend compliance obligations to address potential contingencies related to costs or reliability. The OPUC is authorized to monitor utility compliance with the Act’s GHG targets and to take into account variations from planned emissions targets that occur because non-emitting resources produce less output than planned and the extent to which the utility must rely on GHG-emitting resources to make up for such shortfalls. The law also allows electric companies to seek temporary exemptions from GHG targets or its individual clean energy plan if compliance threatens to violate reliability standards, impairs resource adequacy requirements set forth by the Northwest Power & Conservation Council or similar bodies, creates problems for power quality, or threatens electric system infrastructure. Electric companies may also seek exemptions if following the plan would result “in the provision of service at other than fair and reasonable rates” based on the cumulative costs of compliance with the Act.

In the event the OPUC finds any of these concerns valid, it can temporarily pause a utility’s compliance obligations and may require the utility to develop a plan to bring it back into compliance. However, there is no mechanism to permanently suspend compliance.

As regulated utilities come into compliance with stringent GHG emissions goals, H.B. 2021 requires them to expressly consider all communities they serve, including those communities that are underrepresented.

Regulated utilities will be required to collaborate with the Community Benefits and Impacts Advisory Group to develop and file with the Public Utility Commission a biennial report assessing the “community benefits and impacts” of the utility. Biennial reports are not limited to just the utility’s activities associated with meeting the GHG targets but arguably encompass everything the electric company does. Indeed, the biennial reports must include descriptions of a variety of actions ranging from opportunities to increase contracting with businesses owned by women, veterans, or people of color to actions taken to improve resilience or facilitate investments in renewable energy, distribution of infrastructure, and grid investments in environmental justice communities. Electric companies may also engage the Community Benefits and Impacts Advisory Group on other matters, including but not limited to the equitable implementation of their clean energy plans.

The legislature, however, is not waiting on the work group’s report to expand community-based energy projects. H.B. 2021 expands the existing customer-supported renewables program by permitting local or tribal governments to mandate that a utility offer smaller users (those drawing less than 30 kilowatts) within that government’s jurisdiction an option to purchase renewable non-emitting energy from community-based resources.

H.B. 2021 also establishes a grant program for community renewable energy projects, the Community Renewable Investment Program. This program includes grants for planning and development of community renewable energy projects. The project must be located outside of a city with a population of 500,000 or more (essentially, outside of Portland) and cannot exceed 20 MW of nameplate capacity. In H.B. 2021, the legislature appropriated $50 million for the Community Renewable Investment Fund, part of which will fund these grants.

In anticipation of new renewable energy project construction, H.B. 2021 also creates labor standards for contractors developing renewable energy projects with a capacity rating of 10MW or greater. The Act requires contractors working on these projects to participate in a registered apprenticeship program, recruit and retain women, minorities, veterans, and people with disabilities to perform the work, with the “aspirational” target that 15% of total work hours under the contract will be worked by people within those groups. Contractors must also demonstrate a history of compliance with worker safety, building code, and labor laws. Contractors must pay the “area wage standard” for the work and offer health care and retirement benefits to workers.

H.B. 2021 restricts future fossil fuel projects by prohibiting the Energy Facility Siting Council from issuing site certificates for a new generating facility that produces power from fossil fuels, including natural gas or coal, unless the Council determines that the facility will not emit GHGs in its generation of electricity. Nor can the Energy Facility Siting Council approve the amendment of a site certificate for an energy facility approved prior to enactment if doing so would significantly increase the gross carbon dioxide emissions from the facility. Notably, this restriction is limited to carbon dioxide emissions, not methane emissions, indicating that the Energy Facility Siting Council may still approve amendments to site certificates for natural gas plants.

The Act also includes several changes to OPUC’s regulatory authority that may prove to be important to regulated utilities, independent power producers, and electric consumers. First, the legislation authorizes the OPUC to “apply a performance incentive” for early compliance with the Act’s clean energy targets, without further elaborating the limits on this authority.

Second, H.B. 2021 recognizes that Oregon’s electricity markets are interconnected with electricity markets operating in other states that are part of the Western Interconnection. The Act therefore authorizes the Oregon Department of Environmental Quality to update its methods of accounting for GHG emissions to reflect the operation of centralized market operators and to coordinate its accounting methods with other actors in the regional electricity markets.

Third, the Act modifies Oregon’s strong pro-competition policy, which directs OPUC to mitigate both the horizontal and vertical market power of incumbent utilities. For example, the legislation amends the existing law’s prohibition on cross-subsidies between the competitive and regulated operations of utilities so that the OPUC is now directly to merely “minimize” such cross-subsidization. The Act also directs the OPUC to ensure that its policies mitigating utility market power do not interfere with compliance with the Act’s GHG reduction targets, effectively requiring the OPUC to prioritize GHG reductions over advancing electric market competition.

H.B. 2021 authorizes the OPUC broadly to adopt rules necessary to carry out the Act’s mandates. We anticipate that OPUC rulemakings will begin in earnest in the next few months. Entities interested in Oregon’s energy future should pay careful attention to these rulemakings and should participate in rulemaking procedures to ensure their interests are recognized.

Oregon, Washington, California, and Hawaii have all now adopted legislation requiring the elimination of GHGs from their electricity supplies by 2045 or earlier. Together, these states represent nearly 20% of the nation’s economic output. Oregon’s new legislation will likely accelerate the existing shift away from GHG-emitting electric generation, and create additional demand for new renewable generation, especially if the region’s transportation sector is converted to electricity at the rate many now anticipate.