"B&D's ability to see the entire legal and governmental landscape was instrumental in devising a comprehensive strategy."

Beveridge & Diamond has achieved top-tier rankings by legal directories and ranking services, including Chambers USA, U.S. News - Best Lawyers, and The Legal 500. B&D was named “Environmental Firm of the Year” by U.S. News - Best Lawyers and “Environmental Practice Group of the Year” by Law360. In addition, many of our lawyers are ranked every year.

Latinvex named us to its list of the Top Law Firms in Latin America for 2020, a recognition we previously achieved in 2015 and 2019. Latinvex assesses firms based upon their recent track record on major deals and its prominence in Latin America. In addition, Austin-based Principal Maddie Boyer has been named to their lists of the Top overall and Top Female Latin American Attorneys for several years in a row.

U.S. News - Best Lawyers has named us "Environmental Firm of the Year" for three years in a row. This designation is based on overall performance in a given practice area.

We maintain a Band 1 ranking in U.S. News - Best Lawyers for our Environmental Law and Environmental Litigation practices. We are also recognized as a leading firm in all of our regional offices, and 20 of our attorneys are ranked as leaders in their fields for 2020.

Best Lawyers: John Guttmann as Lawyer of the Year 2020

The Capital Area Immigrants' Rights Coalition unanimously selected B&D to receive this award in recognition of our pro bono work in the program, citing "a profound level of commitment to their child clients."

The Leadership Council on Legal Diversity (LCLD) named us to their list of Top Performers for 2019. The firm was also received their Compass Award for 2018.

We achieved Mansfield Plus Certification in recognition of our diversity and inclusion efforts and indicating that we achieve at least 30% diverse representation in significant leadership roles, lateral recruiting, and business development opportunities.

We maintain our ranking as the #1 Law Firm to Work for in Environmental Law from Vault. We are also recognized as the Top 150 under 150 to work for, and are included in several categories in the top ten of Vault's Best Midsize Law Firms to Work For for 2019.

We maintain a Tier 1 ranking from The Legal 500 for our Environmental Regulatory practice. We are also recognized as leading firm in Environmental Litigation for 2020.

Law 360 named us to its list of The Best Law Firms for Female Attorneys for three total years. The list is based on firms' female representation at the partner and nonpartner levels as well as its total number of female attorneys.

We maintain a Band 1 ranking from Chambers USA for our Nationwide Environmental practice. We are also recognized as a leading environmental law practice in five regional rankings, and 11 of our attorneys are ranked as leaders in their fields for 2019.

Best Lawyers: Paul Hagen as Lawyer of the Year 2019

The Leadership Council on Legal Diversity (LCLD) recognized B&D's participation in and support of their mission and programs with their 2018 Compass Award. The firm was also named to their 2018 list of Top Performers for 2018.

The Minority Corporate Council Association (MCCA) recognized our innovative practices to advance diversity and inclusion in 2018 with its George B. Vashon Innovator Award. We also received MCCA's Thomas L. Sager Award in 2014.

Law360 named us the "Environmental Practice Group of the Year" for two years in a row. Law360 recognizes firms with an eye toward landmark matters and general excellence.

Best Lawyers: Bryan Moore as Lawyer of the Year 2017

Best Lawyers named Bryan Moore "Lawyer of the Year" for Environmental Law in Texas for 2017, having previously received this recognition in 2015. Best Lawyers bestows “Lawyer of the Year” honors on only one lawyer in each practice area and designated metropolitan area.

Chambers awarded us the "Award for Excellence in Environmental Law" in 2016. Chambers recognizes one law firm’s preeminence in environmental law based on the firm's outstanding work, impressive strategic growth and excellence in client service performed over the previous 12 months.

The Washington Lawyers' Committee for Civil Rights and Urban Affairs recognized our work in public education with their Outstanding Achievement Award in 2016, a recognition we previously achieved in 2012.

The Defense Research Institute (DRI) recognized our commitment to diversity and inclusion in 2015 with its Law Firm Diversity Award.

The Minority Corporate Council Association (MCCA) recognized our commitment to diversity and inclusion in 2013 with its Thomas L. Sager Award. We also received MCCA's George B. Vashon Innovator Award in 2018.

AT&T recognized our commitment to diversity and inclusion in 2013 with its Legal Department Diversity Award.

Mansfield Plus Certified and a recipient of the Minority Corporate Counsel Association’s George B. Vashon Innovator Award and Thomas L. Sager Award, the firm values diversity & inclusion and strives to demonstrate leadership in these areas. We develop, maintain, and participate in a variety of D&I initiatives. 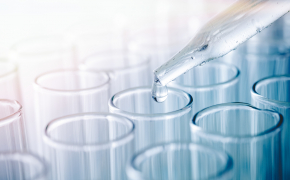