On Wednesday, September 21, 2022, the U.S. Senate gave its advice and consent to the ratification of the Kigali Amendment to the Montreal Protocol on Substances that Deplete the Ozone Layer by a bipartisan vote of 69-27. The Kigali Amendment requires parties to participate in a global “phase down” of the production and consumption of hydrofluorocarbons (HFCs). HFCs are potent greenhouse gases that are widely used in appliances such as air conditioners as an alternative to chlorofluorocarbons (CFCs) and hydrochlorofluorocarbons (HCFCs), which were largely phased out under the original Montreal Protocol and subsequent amendments.

Wednesday’s Senate action will have little direct legal impact domestically because the United States has already implemented an HFC phase down program under the American Innovation and Manufacturing Act (the AIM Act) that mirrors the requirements of the Kigali Amendment. EPA currently has two proposed rules under the AIM Act that OMB is reviewing, and that would continue the United States’ curtailment of HFCs at home.

Ratification is valuable as a symbol of continued U.S. commitment to the Montreal Protocol and to the GHG reductions that the Kigali Amendment achieves; this is the first global climate change agreement since the 1992 Framework Convention on Climate Change to which the Senate has given advice and consent to U.S. ratification. It also has important international legal consequences because (once the President submits the U.S. ratification), the United States will become a party to the amendment and will not be subject to the Article 4 trade restrictions prohibiting trade with non-Parties. Those restrictions had not yet entered into force but would have eventually prevented the United States from trading HFCs with countries that had ratified the Amendment.

U.S. ratification of the Kigali Amendment will mark a major step for incorporating multilateral environmental agreements into domestic law. The United States remains a non-party to several major multilateral environmental agreements, including the Basel Convention on the Control of Transboundary Movements of Hazardous Wastes and their Disposal, the Rotterdam Convention on the Prior Informed Consent Procedure for Certain Hazardous Chemicals and Pesticides in International Trade, and the Stockholm Convention on Persistent Organic Pollutants. 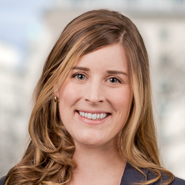