Biden Administration Proposes a Reset on Defining “Waters of the U.S.”

Over the past week, the U.S. Environmental Protection Agency and the U.S. Army Corps of Engineers announced plans to undo the Trump administration’s Navigable Waters Protection Rule, and take the Biden administration’s next steps toward promulgating an “enduring definition” of “waters of the United States” (WOTUS) under the Clean Water Act (CWA). If completed, this effort would mark the third rewrite of the WOTUS definition in as many administrations.

EPA and the Corps intend to revise the WOTUS definition using a two-step approach akin to the process the Trump administration relied on in 2018: (1) restore the 1986 regulatory definition of WOTUS that had applied before the Obama (2015) and Trump (2020) administrations’ revisions, and (2) then replace it with a new definition of WOTUS. In doing so, the Biden administration intends to draw from a variety of sources, including guidance from the George W. Bush administration on the scope of federal jurisdiction under the CWA and intervening U.S. Supreme Court decisions, most notably the April 2020 decision in County of Maui, Hawaii v. Hawaii Wildlife Fund addressing CWA jurisdiction over groundwater. In addition, the agencies plan to coordinate with the U.S. Department of Agriculture, the public, environmental groups, and industry stakeholders in an attempt to avoid the mistakes of the past two administrations so that they can develop a new rule capable of withstanding the near-certain legal challenges that will follow.

While information is scarce about specific revisions the Biden administration has in mind, we anticipate that the agencies will propose restoring federal jurisdiction over remote wetlands and waters bearing a hydrologic or functional connection to traditional navigable waters. Regardless of the changes that may find their way into the definition of WOTUS, this latest initiative has no immediate impact on existing CWA permits and jurisdictional determinations.

The agencies announced an initial schedule of opportunities for interested parties and the public to engage early in the rulemaking process. This will include an opportunity for stakeholders to submit written “scoping”-type comments as well as a series of public meetings in August 2021 to ensure diverse perspectives are heard. Among the meetings being planned, EPA and the Corps are initiating Federalism and Tribal consultations for the WOTUS redefinition, and intend to host a series of meetings with State and Tribal partners this fall to discuss both steps in the WOTUS rulemaking process. The agencies also will convene ten regionally-focused roundtables over the rest of 2021 to allow stakeholders to discuss their experiences with the recent redefinitions of WOTUS, including regional differences in water resources and what has, and has not, worked in their respective regions.

Whether these roundtables will result in region-specific definitions of WOTUS has yet to be determined, but it is imperative that the agencies receive broad, diverse, and substantive feedback concerning the varied implications of WOTUS redefinitions over the past six years. There undoubtedly will be written comment opportunities to build the administrative record for whatever actions the agencies decide to undertake.

B&D will provide additional updates regarding the agencies’ efforts to redefine WOTUS as they develop. 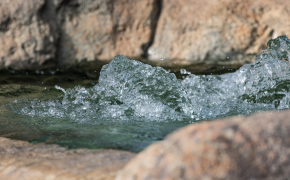