We prepare comments and challenge EPA’s SDWA Drinking Water standards. B&D is one of the only—if not the only—firms that has successfully challenged a major EPA rulemaking regarding Maximum Contaminant Levels (MCLs) under the SDWA, and we have participated in rulemakings on some of the most significant MCLs, such as the Lead and Copper Rule.

We have successfully defended clients where individual plaintiffs, or groups of plaintiffs, have sought to bring claims under the SDWA citizen suit provisions and various tort-based theories of liability seeking damages arising from the alleged presence of drinking water contaminants, including lead and Legionella. We have also negotiated numerous Administrative Orders on Consent.

We assist industrial campuses and manufacturing facilities that are or may be regulated as public water suppliers under the SDWA and state counterparts to evaluate the sufficiency of current compliance programs and to plan for anticipated regulatory changes. This includes advising companies engaged in underground injection on requirements imposed by the SDWA’s Underground Injection Control (UIC) Program, including UIC disposal well issues, both in the permitting context and in litigation matters.

We have experience with emerging contaminants—such as PFAS and microplastics—in groundwater and drinking water, including tracking the development of state and federal drinking water standards and action plans, drafting comments on rulemakings, and representing companies in rulemaking challenges. We have in-depth knowledge of the federal environmental statutes that could be used to manage these contaminants, including the CWA; RCRA; SDWA; the Toxic Substances Control Act; and the Comprehensive Environmental Response, Compensation, and Liability Act. 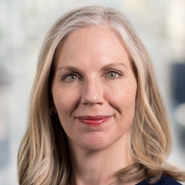