On September 16, 2022, Governor Newsom signed AB 2440 and SB 1215, overhauling California's existing battery extended producer responsibility (EPR) schemes and expanding the state’s e-waste program. AB 2440, the Responsible Battery Act of 2022, sunsets the existing Cell Phone Recycling Act of 2004 and the Rechargeable Battery Act of 2006, creating a singular EPR program for batteries within the state. SB 1215 expands the Electronic Waste Recycling Act of 2003 (EWRA) to include battery-embedded products and broadens the EWRA’s definition of manufacturers.

Unlike most state battery EPR laws, these laws apply to all battery chemistries, including widely used lithium ion batteries.

California was the first state in the nation to introduce EPR schemes for batteries in the mid-2000s. Those programs, operated under the Cell Phone Recycling Act of 2004 and the Rechargeable Battery Act of 2006, covered most rechargeable batteries sold in the state. Since then, the use of batteries in the state has grown dramatically, leading to growing concerns of batteries of all types being improperly disposed of into the state’s waste systems. The Responsible Battery Act of 2022 (RBA) hopes to address these issues, creating a new EPR program for nearly all batteries within the state, whether single-use or rechargeable. This new program will require all battery producers to either join an approved stewardship organization or create their own stewardship program that will collect and recycle covered batteries within the state.

The new RBA requires “producers” of any “covered batteries” sold or offered for sale within the state to participate in a stewardship plan approved by CalRecycle, no later than April 1, 2027.

“Covered batteries” under the act include:

Excluded from the definition of “covered batteries” are:

The Act adds new requirements for retailers of any covered batteries. Two years after the law's effective date, and annually thereafter, CalRecycle will post a list of all compliant producers. Retailers are required to monitor this list and are prohibited from selling any covered battery unless the producer is listed as in compliance. This prohibition does not cover the sale of existing inventory in stock prior to the list’s posting.

SB 1215 amends the Electronic Waste Recycling Act of 2003 (EWRA) to include nearly all battery-embedded products. The law introduces a fee for consumers at the point of sale for all battery-embedded products sold within the state, similar to the existing fee for video display devices. This law, in conjunction with AB 2440, ensures that nearly every battery sold within the state will fall under an e-waste recycling program. SB 1215 also expands EWRA’s definition of “manufacturer,” expanding the reporting and recordkeeping requirements for manufacturers of covered electronic devices.

The law requires CalRecycle to establish the consumer fee amount for covered battery-embedded products no later than October 1, 2025, and requires retailers to start collecting the fee on January 1, 2026. The fees collected will pay for the state’s e-waste recycling program and the law’s administrative costs for CalRecycle and the California Department of Toxic Substances Control.

The new law expands the definition of “covered electronic devices” under the EWRA to either: any video display device with a screen greater than four inches diagonally or any covered battery-embedded product. Covered battery-embedded product is further defined as “a product containing a battery from which the battery is not designed to be easily removed from the product by the user of the product with no more than commonly used household tools.” Excluded from the definition of covered electronic devices are: medical devices, an energy storage system, an electronic nicotine delivery system, or video displays contained within a motor vehicle or within a clothes washer, clothes dryer, refrigerator, freezer, microwave oven, conventional oven or range, dishwasher, room air-conditioner, dehumidifier, or air purifier.

SB 1215 requires manufacturers of covered electronic devices to annually provide a notice to all retailers selling their products, identifying the device by brand and model number and informing the retailer that the product is subject to the new recycling fee. Copies of these notices must also be provided to CalRecycle. If a retailer is selling refurbished covered electronic devices, the manufacturer is only required to provide the annual notice if the manufacturer supplies the refurbished device to the retailer.

Beginning July 1, 2027, manufacturers will also be required to submit annual reports to CalRecycle noting: the estimated number of covered devices (including video display devices and battery-embedded products) sold in the state during the previous year; the chemistry of the batteries contained in those devices; a baseline estimate of the amount of recycled materials contained in the devices, and any increase in that amount over the previous reporting year; and a list of all retailers to whom the producer provided the required notices outlined above. The records required to make these reports are required to be maintained by manufacturers for at least three years. Manufacturers will also be required, no later than July 1, 2027, to make information available to consumers on where and how to return and recycle their covered electronic devices.

SB 1215 requires that retailers of any covered electronic devices in California collect the e-waste recycling fee, as determined by CalRecycle, at the point of sale. Retailers may retain 3% of the collected fee as reimbursement for the costs of collecting the fee. Retailers may pay the fee in lieu of the customer and must explicitly note if they have done so on any receipt provided. 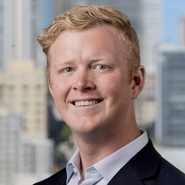