Representatives from both the hydropower industry and environmental conservation associations recently issued a Joint Statement of Collaboration on U.S. Hydropower (“Joint Statement”). The Joint Statement was the product of dialog that began in 2018, convened by Stanford University’s Woods Institute for the Environment, Steyer-Taylor Center for Energy Policy and Finance, and the Energy Futures Initiative. The Joint Statement suggests that, after the decades of strife between the two sides over the environmental impacts of hydropower development, hydropower’s ability to produce carbon-free energy provides the basis for détente that should ease the regulatory path for hydropower development, especially on existing dams that are not fitted with hydroelectric generators.

The Joint Statement memorializes each side’s recognition that the other side advocates legitimate issues—the role hydroelectric power will play in decarbonizing the United States’ electricity system on the one hand and the ecosystem services and benefits provided by free-flowing rivers on the other. It then provides action items that the parties agree should be pursued together.

Almost from the inception of the industry, the effects of the construction of hydroelectric dams on fisheries has produced conflict and resulted in litigation. For example, in 1890, the State of Washington enacted a law requiring fish passage devices to be built on dams across rivers and streams “wherever food fish are wont to ascend.” Environmental challenges to dam construction and operation are a regular feature of environmental litigation and have produced a long list of notable decisions. Among the most notorious are Tennessee Valley Authority v. Hill, which blocked construction of the nearly completed Tellico Dam on the Little Tennessee River to protect the snail darter, a small endangered fish, thus demonstrating the potency of the Endangered Species Act as a legal weapon to challenge major development projects. Similarly, Udall v. Federal Power Commission reversed the FPC’s approval of the High Mountain Sheep Dam in the Hells Canyon section of the Snake River on the ground that the FPC failed to adequately consider the effect of the dam on fisheries, recreation, and other public resources.

Issuance of the Joint Statement was the product of two competing challenges: (1) decarbonizing the United States’ electricity-generation system to fight the effects of climate change and (2) improving the country’s rivers to maximize ecosystem services and biodiversity. To address both challenges—recognizing the conditions of the existing dam infrastructure system—the Joint Statement focuses on what it terms the “three Rs”: rehabilitate, retrofit, and remove.

Seeking progress across all three Rs, the Joint Statement consists of action items in seven areas:

4. Improve the Measurement, Valuation, and Compensation for Flexibility and Reliability Services Supplied by Hydropower and Support for Enhanced Environmental Performance. Recognizing that hydropower’s flexibility and reliability are undervalued and given its importance in bringing intermittent renewable energy sources on line, the parties agreed to support the adequate valuation of the services hydropower can provide to ensure stability and reliability of the electric grid, and how different hydropower technologies and low-impact hydropower should be compensated.

5. Advance Effective River Restoration Through Improved Off-Site Mitigation Strategies. Due to the high number of dams that will require relicensing in the near term, the parties seek to use that relicensing process to advocate for a greater emphasis on off-site mitigation. These off-site mitigation measures include dam removal, especially at non-powered facilities; effective flow restoration; and river-protection mechanisms such as designation under the National Wild and Scenic Rivers System.

6. Improve Federal Hydropower Licensing, Relicensing, and License Surrender Processes. The Joint Statement emphasizes the delays associated with relicensing and license surrender, which can result in deferment of investments in advanced technologies and other improvements. Therefore, the parties agreed that efficiencies in this area will benefit federal and state decision making by allowing these technologies and improvements to move forward.

7. Advocate for Increased Funding for U.S. Dam Rehabilitation, Retrofits, and Removals. Lastly, the parties focused on increased funding for the three Rs generally, and agreed to explore opportunities to increase public- and private-sector investment.

A 60-day comment period runs until December 12. The parties are seeking other stakeholders, including tribal governments and state officials, to sign on to the Joint Statement and otherwise support their efforts. During this time, the parties also seek to further solidify their joint responsibilities by identifying party-specific responsibilities and addressing priority items, among others. 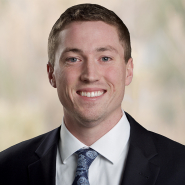