On December 3, 2020, Seattle Mayor Jenny Durkan announced new measures for electrifying buildings to help achieve the City’s aggressive climate goals. By updating its energy code, Durkan proposes banning the use of natural gas for space heating in new commercial buildings and large apartment buildings.  Gas for water heating would also be barred in hotels and large apartment buildings. The proposed changes would not affect newly constructed houses and townhouses. Energy codes for those buildings are set by the state.

Mayor Durkan issued the proposal on the heels of a new report from Seattle’s Office of Sustainability and Environment. Emissions from buildings grew by more than 8%, pulling the city away from its stated goal of becoming carbon neutral by 2050. The proposal is less restrictive than recent natural gas bans in Oakland, San Francisco, and San Jose which ban natural gas outright in new buildings, whether commercial or residential.

Mayor Durkan’s proposed changes have been reviewed by the Seattle Department of Construction & Inspections staff and recommended for approval by the Seattle Construction Codes Advisory Board, an advisory body tasked with reviewing changes to technical codes for construction. The Mayor is scheduled to transmit legislation to City Council at the end of the year. City Council will discuss the legislation, and with their vote of approval, code updates would become effective in the spring of 2021.  While the current proposal focuses on large commercial and residential buildings, it is possible that future energy code changes could include other buildings, such as single-family dwellings.  Developers should be aware of these changes and the requirements imposed.

Beveridge & Diamond's Real Estate Development and Renewable Energy groups enable successful and sustainable projects by helping clients track and navigate environmental regulatory and transactional hurdles. With an office in Seattle, we are closely tracking these developments and well-positioned to help developers and energy companies meet the evolving requirements. For more information, please contact the authors. 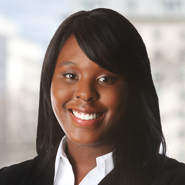