The Animal and Plant Health Inspection Service (APHIS) within the U.S. Department of Agriculture (USDA) has published final amendments to its biotechnology regulations codified at 7 C.F.R. part 340 under the Plant Protection Act. 85 Fed. Reg. 29790 (May 18, 2020). The SECURE Rule (Sustainable, Ecological, Consistent, Uniform, Responsible, Efficient) marks the first comprehensive reform of these regulations since 1987 and follows a series of unsuccessful attempts to update the requirements that apply to genetically engineered (GE) organisms posing plant pest risks. Overall, the SECURE Rule leverages APHIS’s decades of experience with GE plant traits and products to focus its regulation on GE plants that pose an increased plant pest risk relative to their non-GE comparators, in lieu of default regulation of any article resulting from a genetic engineering process that may involve a plant pest organism. All currently nonregulated or permitted articles should retain their status under the new SECURE Rule.

Key changes made by the SECURE Rule include:

The SECURE rule is effective May 18, 2020, but the rule sets out a phased implementation of its provision. Key dates include:

As this is the first major regulatory change to the biotechnology space in decades, developers of GE plants and regulated non-plant organisms should ensure they fully understand the changes in the SECURE Rule. These regulatory changes also may attract litigation challenges from anti-GE groups that actively participated in the public comment opportunities associated with multiple iterations of these regulatory amendments. 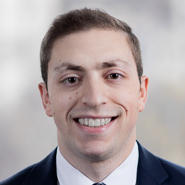