This September in New York, UN member states will begin to negotiate a new, binding international instrument to govern the conservation and sustainable use of marine biological diversity of areas beyond national jurisdiction.  Illegal, unregulated, and unreported fishing and bottom trawling seriously threaten valuable marine biodiversity, particularly around hotspots such as seamounts, deep-water corals, and hydrothermal vents.1  The upcoming negotiations of the Intergovernmental Conference will consider how best to regulate and promote the sustainable use of marine biodiversity, potentially including a requirement that some of the benefits of research and development from these resources be shared with developing countries.2

The General Assembly set these negotiations in motion in June 2015 with Resolution 69/292.3  A Preparatory Committee has since met four times to discuss ideas for a “zero draft” of the treaty under the UN Convention on the Law of the Sea (UNCLOS).4  The Conference President has prepared an “aid to discussions” to guide Parties toward creating that zero draft.5

Numerous economic sectors rely on marine resources and may be affected by a new treaty.  In addition to fishing and scientific research, the pharmaceutical, biotechnology, and cosmetics industries increasingly engage in “bioprospecting” of the oceans, seeking genetic information and chemical substances with potential commercial value.  Restricted access or benefit-sharing requirements could limit the economic viability of such research and development.

Areas beyond national jurisdiction include both the high seas and the Area, as defined by UNCLOS.  The high seas, which constitute nearly two-thirds of the world’s oceans and 95 percent of their volume, are all ocean waters more than 12 or 200 nautical miles from any state’s coastal baseline (depending on whether or not a state has claimed an Exclusive Economic Zone).6  The Area consists of the seabed, ocean floor, and subsoils thereof more than 200 nautical miles from any state’s coastal baseline.7  While UNCLOS Part XI regulates access to mineral resources in the Area, no international instrument focuses on access to or use of genetic resources beyond the limits of national jurisdiction.

The upcoming treaty negotiations follow on the Nagoya Protocol to the CBD, which governs access to and benefit-sharing of genetic resources within national jurisdictional boundaries.9  The Nagoya Protocol requires that Parties establish clear rules and procedures for prior informed consent and mutually agreed terms between entities seeking to explore genetic resources and the states within whose jurisdictions such activities would take place.  In areas beyond national jurisdiction, however, there is no party with whom to come to such mutually agreed terms, so the marine genetic resources treaty will require a different access and benefit-sharing framework.

The Preparatory Committee’s report to the General Assembly, the committee chair’s streamlined non-paper on elements of a draft text, and the Conference President’s aid to discussions highlight key questions that a final treaty would need to address.10  Chief among these are which guiding principles apply to marine genetic resources, which resources the treaty will cover, and how the treaty might regulate access or require benefit sharing.

The Preparatory Committee was divided as to whether to apply the freedom of the high seas to marine genetic resources or whether such resources would be considered the common heritage of mankind.

The freedom of the high seas makes “open to all States” the freedoms of navigation, fishing, and scientific research.11  This principle promotes open access to marine resources and grants fishermen, for instance, total property rights over the fish they catch on the high seas.  A marine genetic resources treaty based on this principle could provide bioprospecting entities with relatively unlimited access to and usage rights over the genetic resources they recover.

By contrast, a “common heritage of mankind” regime could impose significant restrictions on access (whether for commercial or scientific purposes) to marine genetic resources and may require substantial sharing of “benefits,” and at a minimum the likelihood of significant new administrative and recordkeeping requirements.  Mineral resources in the Area, for instance, are already the common heritage of mankind under UNCLOS and are actively managed by the International Seabed Authority.12  Should the new treaty adopt this underlying principle, activities using marine genetic resources would need to be carried out “for the benefit of mankind as a whole, . . . taking into particular consideration the interests and needs of the developing countries.”13  Benefits would also need to be “shared in a fair and equitable manner.”14

The Scope of “Marine Genetic Resources”

The Preparatory Committee identified significant disagreement among Parties as to which resources are included within “marine genetic resources” and where these may be found.

In terms of its geographic scope, the new treaty might apply to marine genetic resources of both the Area and the high seas or only of the Area.  In particular, states with significant fishing industries oppose including resources of the high seas within a new legal regime, arguing that the UN Straddling Fish Stocks Agreement and the Food and Agriculture Organization’s existing instruments already cover these resources.15

Access restrictions and benefit-sharing requirements are at the core of many Parties’ interest in the marine genetic resources treaty, and ideas for addressing these have varied widely.

Preparatory Committee Parties disagreed as to whether or not and how to regulate access to marine genetic resources.  Proposals ranged from a free access regime in line with the freedom to conduct scientific research on the high seas to regulating access specifically for bioprospecting or for marine genetic resources in the Area generally.17  Proposals to limit in situ access in particular included mandates to use only environmentally sound techniques and to respect the sovereignty and jurisdiction of coastal States.

The key issue around benefits sharing is whether monetary or non-monetary benefits would have to be shared.  Monetary benefits could include those in the Annex to the Nagoya Protocol, such as access fees, royalties, research funding, or joint ownership of relevant intellectual property rights.18  Non-monetary benefits could include facilitation of marine scientific research, sharing research and development results, sharing data or knowledge on the associated marine environment, or admittance to ex situ facilities of genetic resources and to databases.19

The Intergovernmental Conference’s first round of negotiations is scheduled for September 4–17, 2018, at the UN headquarters in New York.  Second and third rounds will be held in 2019, and a fourth round in the first half of 2020.22  During the first round, Parties will discuss a zero draft based on the Preparatory Committee’s report and the Conference President’s aid to discussion.

Beveridge & Diamond has significant experience in guiding companies and industry groups through multilateral environmental treaty negotiations.  Please contact Russ LaMotte ([email protected], 202.789.6080) if you are interested in learning more about opportunities for business and industry engagement in the development of a new treaty on the conservation and sustainable use of marine biological diversity of areas beyond national jurisdiction.

*Jack is not admitted to practice and is presently practicing pursuant to D.C. App. Rule 49(c)(8) and supervised by Principals of the Firm who are licensed to practice in Washington, D.C.

1 Illegal, Unreported, and Unregulated Fishing, Nat’l Oceanic & Atmospheric Admin.; Harry N. Scheiber, Economic uses of the oceans and the impacts on marine environments: past trends and challenges ahead, in The World Ocean in Globalisation 65–97 (Davor Vidas & Peter Johan Schei eds., 2011).

Arising from their Utilization to the Convention on Biological Diversity (2011). 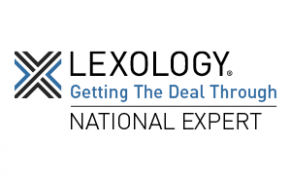