Following up on the short-term extension that it issued in September, EPA has issued a notice of proposed rulemaking that will further extend the compliance deadline for the processing and distribution in commerce of certain PIP (3:1)-containing articles and the PIP (3:1) that is used to make those articles. The proposed rule, which EPA issued on October 21, 2021 and published on October 28, invites stakeholder comments on the proposed compliance deadline extension. 86 Fed. Reg. 59684 (Oct. 28, 2021).

This proposal would also extend the compliance date for the recordkeeping requirements for manufacturers, processors, and distributors of PIP (3:1)-containing articles to October 31, 2024.

EPA also announced that it plans to propose, in 2023, a new rulemaking that in effect could re-examine all of the control measures adopted in the 2021 final rules, including compliance deadlines. The new rulemaking would apply to PIP (3:1) and four other persistent, bioaccumulative, and toxic (PBT) chemicals - 2,4,6- tris(tert-butyl)phenol (2,4,6-TTBP), decabromodiphenyl ether (decaBDE), pentachlorothiophenol (PCTP), and hexachlorobutadiene (HCBD) – that are regulated under TSCA section 6(h).

EPA continues to extend a key compliance deadline for PIP (3:1). In a final rule effective September 17, 2021, EPA delayed enforcing compliance with the ban on processing and distributing PIP (3:1) in articles, and with the associated recordkeeping requirement, until March 8, 2022. 86 Fed. Reg. 51823 (Sept. 17, 2021). This extension follows EPA’s March 8, 2021 decision to exercise enforcement discretion to not enforce the PIP (3:1) rule’s compliance deadline, as applicable to articles, for up to 180 days. EPA claimed that the comments it received from stakeholders in response to this decision overall did not provide sufficient specificity about the limitations that the PIP (3:1) mandates posed for industry.

In the meantime, supply chains for affected articles, including in computers and electronics, air-conditioning and heating equipment, commercial and industrial refrigeration equipment, and transportation equipment, may continue uninterrupted.

EPA plans to issue a separate notice of proposed rulemaking (NPRM) “in the near future,” with additional opportunity to comment on whether the March 8, 2022 compliance deadline should be extended further. The NPRM would include EPA’s request for comment on a further compliance date extension for certain PIP (3:1)- containing articles, the PIP (3:1) used to make those articles, and the recordkeeping associated with PIP (3:1)-containing articles. EPA will be providing this additional opportunity for comment to better determine the length of time that will ultimately be needed for the affected industry sectors to comply with the prohibitions in the January 2021 final rule, and to allow stakeholders to provide detailed information about the number and type of articles affected by the rule. EPA is likely to set either a 30-day or a 60-day comment period. EPA submitted the NPRM to the Office of Management and Budget (OMB) on September 10, and is expected to publish it once OMB releases it for publication.  OMB has not posted a description of the proposed rule online.

Late in the day on March 8, 2021, EPA announced that it is exercising enforcement discretion not to enforce the compliance deadline in the PIP (3:1) rule for up to 180 days (as late as September 4, 2021). During that time, it will conduct a review of that rule and the other four rules on persistent, bioaccumulative, and toxic substances (PBTs) published on January 6, 2021. Importantly, some requirements of the PIP (3:1) rule remain enforceable even for article manufacturers and distributors.

This last-minute reprieve comes as a relief to article manufacturers and distributors throughout the country, as PIP (3:1), a flame retardant and plasticizer, is used in many electrical and electronic products, among others. Without this EPA action, the rule would have prohibited all processing (including assembly) and distribution of articles containing PIP (3:1) starting March 9.

EPA also announced a 60-day comment period on all five PBT rules and requested comments on a number of issues.

EPA issued three documents on March 8: a prepublication version of a Federal Register notice (later published on March 16, 2021), a No-Action Assurance letter, and the request from the EPA Acting Assistant Administrator for that letter. These documents are all available on EPA’s webpage.

Some commenters on the 2019 proposed rule had complained that the proposed 60-day compliance period for PIP (3:1) was not practicable. In the Response to Public Comments document for the final rule, EPA rejected those comments, saying, “outside of articles produced as a result of excluded activities, there is little evidence to suggest that PIP (3:1) is present in commercial and industrial articles.”

This led to a flurry of trade association letters to EPA after publication of the final rule, largely from trade associations for manufacturers of electronics and electrical equipment. These letters explained that PIP (3:1) does appear in their articles, and that it would take years to remove the substance from those articles. They asked EPA to extend the compliance deadline through rulemaking and, in the meantime, to exercise enforcement discretion not to enforce the compliance deadline until EPA can change it through rulemaking.

The Federal Register notice announced that EPA will review all five PBT rules and, “[i]n the meantime, the Agency will exercise its enforcement discretion to not pursue enforcement actions for violations of the prohibitions on the processing and distribution of PIP (3:1) for use in articles, or articles containing PIP (3:1) for up to 180 days, while this review and agency action to address this matter are pending.”

Also on March 8, the EPA Office of Enforcement and Compliance Assurance (OECA) issued a No Action Assurance letter to implement that pledge. Its key passage reads:

The letter indicates that the enforcement discretion will continue until “(1) 11:59 PM ET, September 4, 2021, or (2) the effective date of a final action addressing the compliance date for the prohibition on processing and distributing in commerce of PIP (3:1); including in PIP (3:1)-containing articles, whichever occurs earlier.”

To What Does the No Action Assurance Letter Apply?

The No Action Assurance letter applies only to articles, such as “electronics, electronic components, electrical equipment and components, home appliances, manufacturing equipment for semiconductors, heavy equipment, off-road vehicles, curtains used in mining applications, military tents, and vehicles that do not qualify as motor vehicles for purposes of this rule.”

The letter does not extend to PIP (3:1) not already in articles, such as PIP (3:1) itself or plastic into which PIP (3:1) has been compounded but which has not yet been turned into an article. In TSCA parlance, the plastic containing PIP (3:1) is a “product” (also known as a “mixture”). The five PBT rules include the following definitions of “article” and “product” in 40 C.F.R. § 751.403 that clarify that “product” does not include articles:

Article means a manufactured item: (1) Which is formed to a specific shape or design during manufacture, (2) Which has end use function(s) dependent in whole or in part upon its shape or design during end use, and (3) Which has either no change of chemical composition during its end use or only those changes of composition which have no commercial purpose separate from that of the article, and that result from a chemical reaction that occurs upon end use of other chemical substances, mixtures, or articles; except that fluids and particles are not considered articles regardless of shape or design.

These definitions appear in the Federal Register notice for the PBT rule on TTBP.

What Parts of the PIP (3:1) Rule Remain Enforceable?

Despite the No Action Assurance letter, some provisions of the PIP (3:1) rule remain enforceable against article manufacturers and distributors during the 180-day period.

The PIP (3:1) rule consists of the following provisions:

The No Action Assurance letter cautions:

The exercise of enforcement discretion is conditioned on compliance with all other applicable aspects of the Final PIP (3:1) Rule, including:

Nevertheless, downstream customers that are themselves processors or distributors of the articles that a company supplies are also subject to the recordkeeping requirement.  Their only source of information is the company that supplies those articles.  Accordingly, companies that sell articles containing PIP (3:1) should consider providing their customers with similar statements for their products, either in documents such as invoices or bills of lading, or in one-time statements.

Paragraph (d)(2) provides, “These records must include a statement that the PIP (3:1), or the PIP (3:1)-containing products or articles, are in compliance with 40 CFR 751.407(a).” The No Action Assurance letter specifically says that this provision is not enforceable during the 180-day period, since during that period processing and distribution of articles that do not comply with paragraph (a)(1) may continue. However, the letter further explains:

Records required to be kept under 40 CFR § 751.407(d)(1) must contain a statement that the PIP (3:1), or the PIP (3:1)-containing articles, are complying with all other aspects of the rule consistent with this No Action Assurance.

This suggests that a statement of compliance must appear on documents such as invoices and bills of lading or in a one-time statement. A general statement about compliance with laws may not suffice, in EPA’s view. Instead, there must be a statement specific to compliance with the portions of the PIP (3:1) rule that remain enforceable. For article manufacturers and distributors, those portions are the release to water provision of paragraph (c) and the recordkeeping provisions of paragraph (d)(1) and (d)(3).  Paragraph (d)(3) says, “These records must be made available to EPA within 30 calendar days upon request.”

The SDS and label provisions of paragraphs (e)(3) and (e)(4) do not apply to article manufacturers and distributors either, since those paragraphs address how to meet the notification requirement in paragraph (e)(2).

Will the 180-Day Period Be Extended?

Possibly. The request for a no-action assurance letter explained that it asked for enforcement discretion lasting 180 days “to ensure that the supply chains for these important articles continue uninterrupted while OCSPP develops a final agency action to extend the processing and distribution in commerce compliance dates for these articles as necessary. This action will be issued no later than 180 days from March 8, 2021.” Thus, by early September EPA plans either to decide that no extension is necessary or to extend the compliance deadline further, through a rulemaking to be completed by then, but only as justified by comments.

What Should Comments Address?

The Federal Register notice asks for comments on “any aspect” of all five PBT rules. These include the rules on PIP (3:1), decaBDE, TTBP, PCTP, and HCBD. Comments are due by May 17.

EPA is evidently considering adding restrictions to those rules:

Article manufacturers and distributors will want to comment specifically on what the notice refers to as “newly-raised issues associated with the March 8, 2021 compliance date in the PIP (3:1) rule for certain regulated articles.”

Comments on the compliance date should go beyond the letters that EPA has already received, which EPA describes as follows:

Stakeholders note that the complexity of international supply chains makes locating the presence of, and finding alternatives to, PIP (3:1) in components challenging. They assert that an extension to the compliance deadline is necessary to avoid significant disruption to the supply chain for a wide variety of articles.

EPA does not regard these letters as sufficient to justify an extension beyond 180 days:

It was clearly not EPA’s intent during the development of the rule to have such a broad disruptive impact. Nonetheless, compliance deadlines for the PBT rules must be in place “as soon as practicable” and provide reasonable transition periods, pursuant to the requirements of TSCA section 6(d)(1). Thus, for EPA to amend the existing deadline, the Agency needs additional information regarding the impact of the deadline.

EPA calls on industry to provide “additional information” such as the following:

In particular, companies may want to explain their specific plans for ensuring that PIP (3:1) is not in their products after a certain date, and to justify why an extension until that date is necessary in their case.

The comments may contain confidential business information (CBI) so long as the CBI is not submitted through the Federal eRulemaking Portal. Those wishing to mask their identities may submit letters through their outside counsel on behalf of an unnamed client.

Please contact Beveridge & Diamond if we may assist in preparation of comments, plans to remove PIP (3:1) from articles, or communications with suppliers and customers. 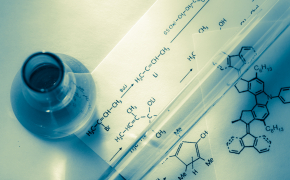