On Thursday, July 8, 2021, New York’s Appellate Division (Third Department) overturned the Supreme Court (Albany) in a highly contested case challenging a Site Plan approval issued by the Planning Board of the Town of Guilderland (the “Planning Board”). In reversing the lower court, the Appellate Division emphasized in Matter of Thomas Hart et al. v. Town of Guilderland et al., 2021 NY Slip Op 4273 (3d Dep’t 2021), “it is not the court’s role to second-guess an agency’s determination” in State Environmental Quality Review Act (“SEQRA”) matters, particularly when the lead agency appears to have taken a “requisite hard look” at the environmental issues. Unless the Court of Appeals accepts review of this case, the development will proceed.

In November 2018, project developers applied to the Planning Board for subdivision and site plan approval for mixed-use development of a 19.68-acre site they owned. As part of that application and pursuant to SEQRA, the Planning Board determined that the residential development of the project may have a significant cumulative adverse effect on the environment and issued a “positive declaration.”  This triggered the requirement that the developers prepare an environmental impact statement (“EIS”), a lengthy and detail-driven report evaluating potential cumulative environmental impacts of proposed projects.

In November 2019, the developers then submitted a special use permit application to the Town’s Zoning Board of Appeals for the development of a Costco Wholesale store, including a fueling facility and 700 parking spaces, at another neighboring site. The project developers submitted a draft EIS in January 2020 and, following a public comment period, a final EIS in July 2020. The Planning Board accepted and approved the final EIS shortly thereafter and issued a “findings statement” in August 2020 approving the entire project.

Petitioners, who consisted of local residents and a neighboring gas station, filed suit in the Supreme Court challenging the Planning Board’s decision to authorize the project as “arbitrary and capricious” and in violation of SEQRA. They argued that the Planning Board failed to take a “hard look” at various environmental impacts of the proposed development.

In first turning to a jurisdictional issue, the Third Department held that the Supreme Court erred by accepting Petitioners’ challenge to the Planning Board declaring itself as “lead agency” under SEQRA. The Court noted that Petitioners, which consisted of private individuals and a corporation, lacked standing to raise this issue because “[a] challenge [to lead agency status] may only be commenced by another involved agency… .” The court then analyzed all of Petitioners’ substantive arguments, principally that the Planning Board failed to take a “hard look” at the potential environmental impacts of the development.

For example, with respect to whether the Planning Board took a hard look at potential impacts to avian populations, the Court noted that the project developers conducted approximately 20 surveys of the project site between 2016 and 2019, and found that no avian species of special concern were observed. The Third Department also noted that the Supreme Court erred in determining that the Planning Board failed to take a hard look at the potential visual impact of the residential development to the historic district in the Town. The Court noted the proposed residential development would comply with all setback and design regulations, and that the mature vegetation at the site would largely buffer the historic district from development.

As the Third Department noted, this case is a reminder to practitioners that the lead agency “has considerable latitude in choosing between alternative measures” and “is not required to engage in an exhaustive analysis of every conceivable alternative.”  The Court highlighted that simply because petitioners disagree with the Planning Board’s decision “does not prove that the Planning Board did not take a requisite ‘hard look’” under SEQRA. 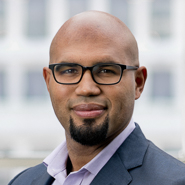