“The key takeaway is that to trigger a contribution claim under CERCLA, a settlement must by its terms resolve CERCLA liability,” he explains. “The Court’s reasoning is straightforward: when Congress said ‘resolved its liability,’ it meant CERCLA liability, not Clean Water Act or [Resource Conservation & Recovery Act (RCRA)] liability."

Dave goes on to say that the ruling “also provides a sigh of relief for states, municipalities, and other entities that have settled prior CWA and RCRA claims and might have wanted to pursue a CERCLA claim, but did not realize a 3-year statute of limitations clock to file suit was running.”

He pointed out the broad, bipartisan support Guam received from 26 states: “The State amici emphasized the United States’ pervasive CERCLA liability at some of the most contaminated sites in the nation, including at former World War II shipyards and military sites.” He also noted that the “court closed the door, 9-0, on the United States’ ability to use Guam’s prior CWA settlement to insulate itself from liability for its own predominant role in creating the hazardous conditions at the Ordot Dump." 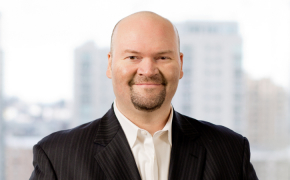