Brazil’s national standards institute, the Brazilian Association for Technical Standardization (ABNT) published its first GHS standard in 2009 and has issued minor revisions and errata from time to time. The existing standard is a series of four related but separately published documents that cover overlapping topics: terminology, classification, labeling, and hazard communications (i.e., Safety Data Sheets, known by the Portuguese acronym FISPQ). The proposed standard would be the first comprehensive overhaul of Brazil’s GHS implementation, replacing the four-volume series with a single, consolidated document plus 17 annexes (A through Q).

ABNT standards are not binding legislation in and of themselves, but many are incorporated by reference into Brazilian laws or fill an essential gap in the regulations, and thereby become effectively binding. NBR 14725 establishes labeling and informational requirements that generally apply to potentially hazardous chemical substances used in workplaces throughout Brazil, and are increasingly required for other commercial and regulatory purposes, including recent chemical inventory initiatives.

Those interested in reviewing and potentially commenting on the proposed standard (in Portuguese only) can participate via ABNT’s public consultation portal. 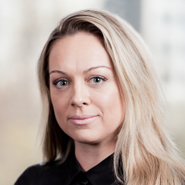