As commercial fisheries across the United States continue to adjust operations in the face of new legal requirements, such as the shift from single-species to ecosystem-based management, one challenge in particular has dominated the courts: the Endangered Species Act (ESA). Recent court decisions have vacated commercial longline fishing permits in federal waters off the coast of California that could endanger the Pacific leatherback sea turtle and restored prohibitions on gillnet fishing gear in a known New England feeding ground for the endangered North Atlantic right whale.

This trend continued on April 9, when a federal district court judge in Center for Biological Diversity, et al. v. Ross, No. 1:18-cv-00112-JEB (D.D.C. Apr. 9, 2020), held that the National Marine Fisheries Service (NMFS) could not skirt requirements under the ESA to issue an Incidental Take Statement (ITS) for the American lobster fishery after concluding in a 2014 Biological Opinion (BiOp) that the fishery had the “potential to seriously injure or kill” about 3.25 North Atlantic right whales per year. The American lobster fishery is managed cooperatively by the Atlantic States Marine Fisheries Commission and NMFS.

The North Atlantic right whale is among the world’s most endangered whales. The federal government listed the whales as endangered under the ESA in 1970. NOAA estimates the current population to be around 400, and has attributed recent population declines primarily to vessel strikes and fishing gear entanglements.

The lawsuit filed by citizen groups alleged that the federal government did not properly account for the impact of the American lobster fishery’s use of vertical-line gear on the North Atlantic right whale. Plaintiffs asserted that the 2014 BiOp’s failure to include an ITS violated multiple provisions of both the ESA and Marine Mammal Protection Act (MMPA).

NMFS maintained that the ESA and MMPA had irreconcilable differences in the “unique circumstances” presented by the lobster fishery preventing it from issuing an ITS. Section 7(a)(2) of the ESA and its accompanying regulations require federal agencies to determine whether a federal action will jeopardize the continued existence of an endangered species. When concluding there is “no jeopardy” to a species continued existence, the agency must provide an ITS where take is “reasonably certain to occur.” Id. at 5 (citing 50 C.F.R. § 402.14(g)(7). While the ESA requires an accompanying ITS to comply with the MMPA, the MMPA includes a moratorium on the take of all marine mammals, subject to a few exceptions. One such exception includes commercial fisheries that NMFS has determined, after notice and public comment, would have a “negligible impact” on an identified species. 16 U.S.C. §§ 1371, 1387. Notably, NMFS neither identified the lobster fishery’s impacts on the North Atlantic right whale as “negligible” nor authorized such a take after a period of public notice and comment. See also Marine Mammal Protection Act List of Fisheries for 2020, 84 Fed. Reg. 54543 (Oct. 10, 2019) (identifying lobster fishery as Category I, meaning frequent incidental mortality and serious injury of marine mammals).

In an attempt to reconcile the two requirements, NMFS argued that its inclusion of a numerical trigger that would require renewed consultation under Section 7 of the ESA served as the “functional equivalent” of an ITS and, therefore, complied with the ESA. NMFS contended that if the court were to find that this approach violated the ESA then closure of the fishery would be required and that Congress did not intend to “force NMFS, in seeking to implement the ESA and MMPA, to close the fisheries.” Id. at 16.

The court disagreed and concluded that the “statutory text itself harmonizes the ESA and the MMPA quite clearly by requiring that both be satisfied in the case of marine mammals” and stated that NMFS’s inquiry should have ended when it found that the lobster fishery would have more than the negligible impact allowed by the MMPA, thereby violating Section 7 of the ESA. Id. at 18. Ultimately, the court concluded that the 2014 BiOp violated the ESA for its failure to include an ITS when the BiOp anticipated take of the North Atlantic right whale. In addition to characterizing the failure to include an ITS “as straightforward a violation of the ESA as they come,” the court further noted that “just because the Court had no need to discuss other features of the 2014 BiOp does not mean that they complied with the ESA (or, for that matter, the MMPA) and should be repeated in future BiOps.” Id. at 19.

The court’s decision is a set back to the American lobster fishery, adding yet another challenge for an industry facing long-term shifts in lobster populations as a result of warming waters and a decreased demand during states’ response to COVID-19. The decision may also shape future actions by NMFS for a broad range of federally-permitted or -managed fisheries that must comply with the requirements of both the ESA and the MMPA where the fisheries may result in the incidental take of protected marine mammals. The court has ordered further briefing on the injunctive relief to be issued in this case, which will sharpen the ramifications of the decision.

Beveridge & Diamond's Fisheries and Aquaculture industry group advises on the broad range of environmental, health, and safety issues impacting the fishing and aquaculture industries’ facilities, operations, and products. A number of our lawyers have biology or ecology backgrounds, personal experience working with fisheries, and unique perspectives from years of government service. B&D offers physical presence in major fishing markets, as well as experience with fisheries off all U.S. coasts and in major fresh water bodies across the country. 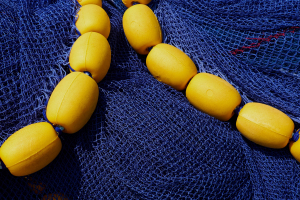