President Trump’s recent budget proposal and a more detailed U.S. Environmental Protection Agency (EPA) memo regarding its implementation portend a potentially seismic shift in federal environmental priorities and programs. The President’s “Budget Blueprint,” which summarizes his request to Congress for fiscal year 2018 appropriations, seeks to cut nearly one-third ($2.6 billion) of EPA’s funding compared with current levels. It would eliminate more than 50 programs, defund the Clean Power Plan, and eliminate 3,200 full-time jobs. EPA has begun preparation to implement Trump’s plan, signaling the dramatic changes that may be seen at the agency should Congress approve a budget substantially similar to the administration’s proposal.

EPA’s Acting Chief Financial Officer, David A. Bloom, laid out the beginnings of EPA’s plan to implement the budget in an internal memorandum dated March 21, 2017. The memorandum contemplates cutting many significant programs entirely. Those slated for elimination include:

Trump’s Budget Blueprint calls for the complete defunding of the “Clean Power Plan, international climate change programs, climate change research and partnership programs, and related efforts….” While not eliminated entirely, other efforts may be changed drastically. The Office of Enforcement and Compliance Assurance would see more than one-fifth of its budget vanish, a reduction of about $129 million. In addition, federal funding for the Superfund program would be cut by roughly one-third, or about $330 million, compared to current levels.

Although the budget is subject to change during the Congressional review process, the President’s proposal and EPA’s proposed implementation of it make clear that the President intends to follow through on his campaign promises to roll back environmental regulation. Among other things, the EPA budget memorandum also highlights the goals of returning EPA to its “core statutory requirements” and bringing the responsibility to fund local environmental initiatives back to the states. 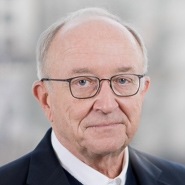