As we previously reported below, the Federal Energy Regulatory Commission (FERC) in February issued two new policy statements likely to have far-reaching implications for the agency’s approval of certificates of public convenience and necessity for natural gas facilities under the Natural Gas Act. The first, adds to and revises the list of factors FERC will consider when determining the need for a new natural gas facility. The second, as described below, substantially revises FERC’s approach to analyzing greenhouse gases when performing environmental analyses of proposed new natural gas facilities. Both policies have proved controversial, generating substantial opposition both from Congress and from the natural gas industry.

On February 17, 2022, by a 3-2 vote, the Federal Energy Regulatory Commission (FERC) adopted a new Interim Greenhouse Gas (GHG) Emissions Policy Statement (GHG Policy Statement) setting forth an interim framework for consideration of GHG emissions when FERC conducts its environmental analysis of applications seeking certificates of public convenience and necessity (CPCN) to construct natural gas pipelines under section 7 of the Natural Gas Act. The new GHG Policy Statement, along with the Updated Policy Statement on Certification of New Interstate Natural Gas Facilities, also adopted on February 17, marks a sea change in the manner in which FERC will weigh the need for and impacts of natural gas pipelines seeking Commission approval for construction.

The new GHG Policy Statement arises from a 2018 FERC Notice of Inquiry seeking comments on its prior policy regarding approval of natural gas pipeline CPCN applications. The second Notice of Inquiry was issued in 2021. As Chairman Glick describes it, the GHG Policy Statement represents FERC’s commitment to “treating greenhouse gas emission and their contribution to climate change the same as all other environmental impacts [the Commission] considers.”

The GHG Policy Statement also responds to a series of cases in the U.S. Courts of Appeals which have criticized FERC for failing to comprehensively consider GHG emissions in its environmental analysis of proposals for certificated natural gas facilities. The Policy Statement also formalizes a policy that previously has been the subject of case-by-case attempts to articulate a policy on GHG emissions.

FERC recognizes that significant changes in the legal landscape have occurred since the Notice of Inquiry process began in 2018, especially proposed changes in CEQ regulations governing the preparation of environmental analyses by federal agencies and the Biden Administration’s Executive Order 14008, which lays out an “all of government” approach to addressing climate change. Accordingly, FERC issued the new GHG Policy Statement on an interim basis and intends to update it after receiving comments directed at these recent developments.

In dissent, Commissioner Christie cautioned that FERC was functionally rewriting statutory requirements in the National Gas Act and NEPA, a “radical” departure from precedent that would make pipeline construction more costly.  He questioned whether FERC has the authority under those statutes to use GHG emissions as a basis for rejecting a CPCN (or attaching unfeasibly onerous conditions on project approval)—and cautioned that FERC assumed “essentially no limit” on the GHG-related conditions it may impose on applicants.  Commissioner Danly, dissenting separately, raised similar concerns about an aggressive application of the NEPA and the NGA.

The Commission has solicited comments on the Interim GHG Policy Statement, which are due no later than May 2, 2022. While the new policy is not by its terms permanent, it provides a clear indication of how FERC is likely to treat GHG emissions in analyzing the environmental impacts of future applications for CPCNs under the Natural Gas Act. Parties with an interest in obtaining such certificates should therefore pay close attention to the GHG Policy Statement as a guide to developing an effective strategy to address GHG emissions in the environmental analysis process, including quantification of GHG emissions, offsets based on the downstream uses of natural gas, and mitigation measures. 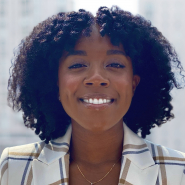