UPDATE – June 15, 2020 – The Supreme Court ruled 7-2 in our clients’ favor in the Cowpasture case, holding that the U.S. Forest Service has authority to grant a pipeline right-of-way that crosses underneath the Appalachian Trail within a national forest.  B&D represented a amici coalition of over 20 trade associations across various sectors, both at the 4th Circuit and at the Supreme Court (which reversed the 4th Circuit’s ruling that the land was instead National Park Service land and thus precluded any pipeline right-of-way without additional legislation by Congress). 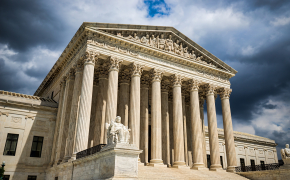