In Bask, Inc. v. Municipal Council of Taunton, 490 Mass. 312 (2022), the Massachusetts Supreme Judicial Court (SJC) addresses the limits of the equitable authority of the Massachusetts Land Court to “make such other decree as justice and equity may require” under the Zoning Act, Mass. General Laws, chapter 40A, § 17. Here, where an administrative licensing decision was related to the appeal of a zoning decision, the Court clarifies the scope of the Land Court’s jurisdiction and identifies the proper procedures available in such cases.

The Plaintiff in Bask applied for a special permit to operate a recreational marijuana establishment. If successful, the Plaintiff’s next step would have been to apply for a license for the same purpose. The relevant City Ordinance allows the municipality to grant only five such licenses.

The City Council, acting as the special permit-granting authority, denied the Plaintiff’s application, citing traffic concerns. Shortly thereafter, the Council granted a special permit to a different applicant for a project at a nearby location with more traffic. The Plaintiff appealed the special permit denial to the Land Court, claiming that that decision was arbitrary and capricious. In the meantime, five applicants were seeking the four remaining licenses.

Not surprisingly, the Land Court ruled that the special permit denial exceeded the City Council’s authority and ordered it to issue the special permit. Its order went further, however. To preserve the Plaintiff’s ability to obtain a license while several appeals related to this action were pending, the Land Court also issued a series of orders regarding the City’s licensing procedure. Reversing these orders, the SJC explained that “The language in G. L. c. 40A, § 17, authorizing the judge to ‘make such other decree as justice and equity may require’ does not grant to the Land Court general equitable powers; instead, it provides the court with limited equitable powers necessarily tethered to the court's specific jurisdictional grant over the denial of the special permit application.”

Applicants faced with related zoning and administrative licensing appeals are not without a remedy. The Bask Court explains that three options are available:

Faced with a similar situation in the future, owners and developers can either initiate litigation or amend their pleadings to ensure that project permit appeals are before the proper court. 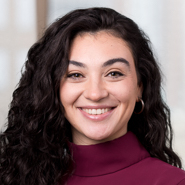