The European Union’s highest Court, the European Court of Justice (ECJ), issued two landmark judgments on November 23, 2016, with significant adverse implications for the proprietary data rights of pesticide and other innovators in the EU and around the world. Together, the two new cases (C-673/13 P and C-442/14) hold that:

Even as both cases have now been referred back to lower courts for further assessment of their respective facts in light of the ECJ’s rulings, U.S. companies that submit data in connection with the approval of plant protection or biocidal products in EU jurisdictions will need to evaluate the impact of these new judgments on their efforts to protect trade secret and other sensitive information, as well as their data rights in the United States and around the world. And although the two rulings relate specifically to information submitted to EU authorities in support of pesticide products, the ECJ’s reasoning can also be readily applied to information submitted in connection with other chemical products that are intended for uses that involve releases into the environment.

Disclosure Mandate Applies to All Information on Emissions Into the Environment

Confirming that data on a pesticidal substance’s composition, toxicity, environmental effects, residue, and drift all represent types of information that help the public understand the ways in which the environment may be affected by the actual or foreseeable use of pesticide products on plants or in the air, water, or soil, the ECJ has now subjected all such information to the disclosure mandate applicable to “information on emissions into the environment” under EU law. Although the ECJ’s rulings suggest that a limited disclosure exemption remains in place for studies that test the effects of a pesticide at “hypothetical” doses or concentrations “significantly above” a product’s maximum approved dose, practically any other pesticide study – even one reflecting data generated “under the most unfavorable realistic conditions which could possibly occur” – will now be considered to represent “information on emissions” and therefore subject to the EU’s disclosure mandate.

It should be noted that the two decisions do not address the data compensation rights that may be available to original pesticide data submitters in the EU. Typically data compensation is available under EU law for vertebrate studies, but there is no mandatory licensing in the EU for non-vertebrate data and therefore follow-on companies generally cannot rely upon such data without letters of access from the data submitter.

Confidentiality and Commercial Interests Not Taken Into Consideration

Key among the Court’s determinations:

In explaining its rulings, the ECJ states that pesticide products are by their purpose intended to be released by individuals in ways equivalent to “emissions into the environment.” However, the Court completely fails to take into any consideration the fact that, unlike industrial byproducts or other waste emissions, pesticides are closely reviewed and registered by regulatory bodies based on a robust evaluation of those same environmental uses and exposures before they may be sold. Based on the Court’s analysis, no consideration of confidentiality or other concerns is ever reached for “information on emissions into the environment,” which must be disclosed irrespective of commercial interests.

In contrast to the well-established protections available under the U.S. pesticide and other chemical regulatory regimes, the ECJ’s judgments do not address the risks of substantial harm to pesticide industry innovators and to their proprietary rights if studies that reflect deep financial and business investments are now deemed subject to the EU’s disclosure mandate. Going forward, data generators will need to take these risks into consideration in connection with all submissions made in support of product approvals in the EU.

For example, at no point does the ECJ appear to consider the fact that its disclosure mandate will openly reveal to industry competitors the valuable types of highly sensitive and trade secret manufacturing processes, regulatory strategies, and health or safety data results that until now have been carefully held and protected by data generators as confidential business information. Nor does the ECJ consider the implications of a framework that allows follow-on industry competitors an opportunity to obtain and seek to use full copies of another data submitter’s proprietary studies to satisfy its own pesticide regulatory requirements in other jurisdictions.

The ECJ’s rulings were issued in the specific context of requests for information about pesticide products and related data. By holding that proprietary studies must be disclosed whenever they contribute to the public’s understanding of a product’s “actual or foreseeable” environmental behavior, however, the ECJ also appears to have opened the door to a much broader disclosure requirement for information associated with nearly any chemical or other product that that may be intended for eventual release into the environment. Through its characterization of an individual’s use of a registered product as an “emission” comparable to waste discharges and byproducts from industrial installations, the ECJ has broken from that well-established distinction under U.S. environmental law and presented a new and significant challenge to the data protection rights of innovators in the global pesticide industry and beyond. 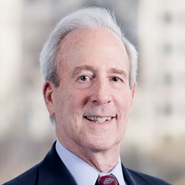