A long-running dispute between the U.S. Environmental Protection Agency (EPA) and the Natural Resources Defense Council (NRDC) moved a step closer to resolution, with the Ninth Circuit U.S. Court of Appeals ordering EPA to either deny NRDC’s petition to cancel an organophosphate pesticide registration or initiate the cancellation process within 90 days. A three judge panel granted the “extraordinary” remedy of a writ of mandamus, after finding that EPA’s delay was “sufficiently egregious.” In re Nat. Res. Def. Council, Inc., No. 19-71324, 2020 WL 1933135 (9th Cir. Apr. 22, 2020). This opinion marks the fourth time in five years that the Ninth Circuit has issued a writ of mandamus in response to delayed federal agency action.

Tetrachlorvinphos (TCVP) is an organophosphate pesticide, first registered for use in household products, including for pet uses, in 2006. There is currently only one approved pet use registration for TCVP.

Following the publication of a study alleging that humans can absorb TCVP through contact with pets treated with TCVP products such as flea and tick shampoos, powders, and collars, NRDC petitioned EPA to cancel TCVP’s pet use registration in April 2009. After nearly five years passed without any EPA action, NRDC sought a writ of mandamus in the D.C. Circuit to compel a response to the petition. While that case was pending, EPA denied NRDC’s petition to cancel, citing a new risk assessment concluding that TCVP’s “risks . . . are below the Agency’s level of concern.” Because EPA’s denial constituted final agency action, NRDC then brought suit in the Ninth Circuit challenging the denial as unlawful. Several months later, EPA requested and received a voluntary remand, indicating that the Agency was undertaking another risk assessment that might impact its decision on NRDC’s petition and representing to the court that it would respond to the petition within 90 days after that risk assessment was issued.

EPA published the revised risk assessment in December of 2016, which recognized “uncertainty as to whether the TCVP pet collars are liquid and/or dust formulated products,” but nonetheless concluded that exposure “to pets treated with TCVP collars are estimated to be of concern regardless of the ratio of liquid/dust assumed.” EPA represented that it would “issue a final revised response to NRDC’s 2009 petition . . . within 90 days.” The Agency further announced in a press release that it had had “identified potential risks to people, including children, . . . which exceed the Agency’s level of concern.” The 90-day period passed without EPA ruling on NRDC’s petition to cancel. EPA wrote to NRDC in March of 2017, representing that it was continuing to review pet care uses for TCVP and would rule on the group’s petition in several months. On May 29, 2019, with EPA yet to have ruled on the petition, NRDC again brought a petition for mandamus in the Ninth Circuit, seeking to compel EPA to issue a final response to NRDC’s 2009 petition.

To determine whether EPA’s delay was sufficient to warrant mandamus, the Ninth Circuit applied the six “TRAC factors”, established in Telecomms. Research and Action Ctr. (TRAC) v. FCC, 750 F.2d 70, 79–80 (D.C. Cir. 1984). The court began its analysis by noting the similarities between this case and three instances in the prior five years where the Ninth Circuit had also issued writs of mandamus to compel EPA action, two of which also concerned claims that EPA delayed in acting on petitions regarding a different organophosphate.[1] With respect to the first and most important TRAC factor – the reasonableness of EPA’s delay – the court noted that more than ten years had passed since NRDC first filed its petition to cancel, and found that EPA had only acted at NRDC’s or a court’s prompting. The court further observed that EPA had missed deadlines that it had repeatedly represented to the court, NRDC, or both that it would meet. The court was dismissive of EPA’s claims that it had accomplished “a reasonable amount of progress” during the time that had passed seeking additional data from the lone TCVP registrant, noting that EPA did not move to compel production of the data until after NRDC brought suit. The court concluded that whether the delay was measured from 2009 or 2017, “EPA has stretched the ‘rule of reason’ beyond its limits.” In re NRDC at *5 (quoting In re Pesticide Action Network, 798 F.3d 809, 814 (9th Cir. 2015)).

The remainder of the opinion focused on the third, fourth, and fifth TRAC factors (whether “human health and welfare are at stake,” “the effect of expediting delayed action on agency activities of a higher or competing priority,” and “the nature and extent of the interests prejudiced by delay.”). The court found that each of these factors weighed in favor of mandamus. The court rejected EPA’s argument that the human health factor should not be given significant weight because human health is nearly always at issue in EPA regulations. The court also rejected EPA’s argument that expediting action on NRDC’s petition would delay other work (such as registration review) that is of a higher priority. In doing so, the court drew heavily from EPA’s own final risk assessment and public statements regarding the risks to children posed by exposure to TCVP. The court criticized EPA for having “frustrated NRDC’s ability to seek judicial review by withholding final agency action, all the while endangering the wellbeing of millions of children and ignoring its ‘core mission’ of ‘protecting human health and the environment.’” In re NRDC at *7 (quoting Returning EPA to Its Core Mission).

In granting the writ, the Ninth Circuit ordered EPA to issue a final response to the petition within 90 days, either by denying it or by initiating cancellation proceedings The court retained jurisdiction over the matter until EPA takes final action subject to judicial review, ordered the Agency to file status reports every two months if it chooses to initiate cancellation proceedings, and ordered that cancellation must be completed within one year of the date of the order absent good cause.

The Ninth Circuit’s mandamus ruling, and those that preceded it, suggest that courts are becoming less willing to countenance substantial delays in ruling on petitions to take actions with respect to pesticide registrations and tolerances. NRDC’s success with respect to TCVP may embolden environmental and advocacy organizations to use mandamus actions more aggressively. It may also provide leverage to petitioners seeking to compel agency action in other contexts, such as petitions authorized by FIFRA seeking cancellation of follow-on registrations for failure to meet data compensation obligations, petitions seeking cancellation due to import or use of unregistered technical product or false claims of source, or administrative petitions filed in other contexts. Given the history in this case and those that preceded it, it remains to be seen how long a delay would be considered acceptable and how many opportunities a court will offer EPA before a court issues a writ of mandamus.

Beveridge & Diamond’s Pesticides practice has worked for forty years with U.S. and international clients who research, develop, obtain government approvals for, manufacture, promote, and use pesticidal products and devices. We represent large and small companies with an emphasis on entities that invest in research to discover, develop, and defend new technology. Our Pesticides practice helps clients identify business objectives and implement the most effective regulatory, commercial, litigation, and legislative strategies to achieve or exceed those objectives. If you have any questions, please contact the authors. 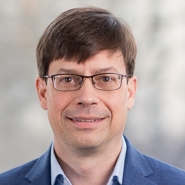