Port of Ridgefield Sues Railroad, Takes Nothing Under MTCA

In 1996, the Department of Ecology identified the Port as a potentially liable person (PLP). The Port entered into the first of three agreed orders and eventually a consent decree to investigate and remediate the site. The Port received the first of ten remedial action cost grants from Ecology in 1997. Over the years, the Port received over $80 million in public funds – primarily grants and interest-free loans, the bulk of which were forgiven. While the Port used the funding to address the contamination, including implementation of an innovative steam enhanced remediation technology in excess of $50 million, the court also found that the funding covered “Port employees’ salaries, vacation, health-care and overtime,” and “overhead expenses,” and was used to purchase property at the site. In total, the Port received over $90 million from third parties, including insurers. In the decision, the court found that the site has been “remediated and prepared for redevelopment, leasing, or sale at little or no expense to the Port.”

In 2002, Union Pacific entered into a Funding and Participation Agreement with the Port to provide “technical and financial support” in the amount of $1.78 million, although Ecology did not name Union Pacific a PLP until 2013. The agreement preserved the Port’s right to assert MTCA claims against the railroad, but also contained cooperation requirements and a “final allocation” in connection with the portion of the site owned by Union Pacific. In 2013, the Port purchased the Union Pacific property “under threat of condemnation.”

After Union Pacific was named a PLP, the railroad entered into settlement negotiations with Ecology, presenting evidence that it qualified for a “de minimis settlement” under Ecology’s settlement policies. The agency agreed that a cash-out settlement of $2.3 million was appropriate, given the “divisibility” of Union Pacific’s property from the rest of the site and the limited contamination on that property. The proposed settlement also reflected a share of site-wide investigation costs and a “premium” for uncertainty in the costs of remediation that had not been completed at the time.

Despite the Port’s own consent decree with Ecology and prior agreement with Union Pacific, the Port vehemently opposed the pending de minimis settlement, applying “lobbying and political pressure on Ecology, directly and through state legislators and the Washington Public Port Association....” The Port also filed a MTCA contribution action against Union Pacific before Ecology and the railroad had finalized the proposed settlement. Ultimately, Ecology’s director “put Consent Decree negotiations ‘on hold.’”

Equitable Allocation – No Recovery for the Port

Following an extensive bench trial this past fall, the court entered an equitable allocation on the Port’s MTCA claim. The court concluded that “Union Pacific has paid more than its equitable share … and that the Port is … barred from recovery … in this … action.” The court also ordered the Port to “cease any opposition” to Union Pacific’s proposed settlement with Ecology. Finally, the court denied recovery of attorneys’ fees for both parties under state law.

In addition to the divisibility criteria and cost-causation considerations, the court also applied several equitable factors centered on the financial benefit and potential windfall to the Port as a result of the site remediation, “unclean hands” related to the Port’s exclusion of other responsible parties from participation in response activities, and the “prior course of dealings” among responsible parties, including the Port’s acquisition of property from the former wood-treating operation “without liability protection.” 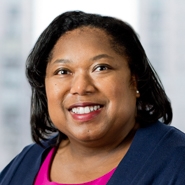