On July 11, 2018, China’s Ministry of Ecology and Environment (MEE) released a draft proposal to amend the country’s solid waste statute. Among other changes, the draft proposed to restrict solid waste releases from industrial facilities under the pollutant emission permit program, prohibit all solid waste imports into China, require mandatory contracts between waste generators and third-party handlers, and increase penalties for violations. The deadline for submitting comments to MEE is August 18, 2018.

China enacted the Solid Waste Environmental Pollution Prevention and Control Law in 1995 and has amended or revised it four times. The Solid Waste Law covers the prevention and control of pollution from industrial, municipal, and hazardous waste. Over the years, China’s governmental authorities, including the environmental ministry, have promulgated numerous regulations, standards, catalogs, and other rules to implement the Law.

The draft amendment proposes to incorporate solid waste into the pollutant emission permit system (proposed Articles 37). The proposed changes would penalize solid waste or hazardous waste generators operating without a permit or failing to change generation of wastes in accordance with the permit (proposed Article 76).

These changes would reinforce the core function of the pollutant emission permit in the regulation of facility environmental emissions. China has been striving to develop a system in which the emission control of different pollutant categories is integrated into one single permit. Following air and water pollutants, solid waste becomes the third type of pollutant added to the pollutant emission permit system. This draft amendment would help move forward the consolidation of permit-based emissions control.

Legal Liability for Waste Generators and Other Waste-Handling Parties

The draft amendment provides that waste generators must enter into written contracts with their entrusted third-party vendors to transport, use, or dispose of wastes. Required environmental control measures for third parties would need to be included in the contracts (proposed Article 35). The draft amendment imposes strict liability on the waste generator for the third-party solid waste vendor management (proposed Article 76).

The changes have two key implications: 1) waste generators are required to document the contractual relationship with their vendors; however, 2) the written contract would not serve as a liability transfer tool for the benefit of the waste generators. Under this new proposed waste management system, waste generators may be exposed to a higher level of legal risk.

The proposed amendment would introduce a number of measures to strengthen enforcement and elevate the legal risks of improper solid waste control or violations of the Solid Waste Law.

The proposed amendment requires that companies generating, using, or disposing of solid waste must promptly disclose information relating to their activities and accept the supervision of the public. Publicly traded companies must disclose information relating to their solid waste pollution control to the public (proposed Article 13).

These changes echo other regulatory developments and (along with the securities information disclosure) exemplify China’s policy experiments with the use of fiscal and market tools in environmental governance. China’s new Environmental Protection Tax Law, which took effect on January 1, 2018, set up a new tax to replace the pollutant emission fee that had been charged for over three decades. Following MEE’s release of a 2015 policy document envisioning mandatory environmental liability insurance for “areas of high environmental risks," MEE “passed in principle” a draft of the Administrative Measures on the Mandatory Liability Insurance for Environmental Pollution in May 2018.

The proposed amendment requires the establishment of EPR programs for electronic and electrical “as well as other products.” Entities and individuals that “generate” waste vehicles and vessels would be responsible for recycling waste vehicles and vessels through qualified entities (proposed Article 42). The design and manufacturing of products and packaging are required to comply with clean production requirements. Further, the proposed amendment envisions a catalogue management system for products and packaging subject to mandatory recycling. Manufacturers, sellers and importers are required to recycle the products and packaging included in the management catalogue (proposed Article 21). In addition, non-degradable thin film coverings and commodity packaging are prohibited under proposed Article 22.

These changes provide a legal foundation for the further development of China’s circular economy policies and practices. Electronics and vehicles are two primary product categories listed in a 2016 State Council policy document pushing for EPR policies, along with lead batteries and beverage packaging. With regard to recycling, China’s Circular Economy Promotion Law and other administrative measures have already established a mandatory recycling catalogue.

Therefore, while the current proposal reflects MEE’s positions, the final amendment may vary slightly or significantly from this released draft, depending on the subsequent legislative process. Nevertheless, the current proposal reveals the policy preferences from China’s top environmental authority, which stakeholders should monitor as they design and review their solid waste practices in China. Comments on the proposal are due August 18, 201,8 and should be submitted to MEE. 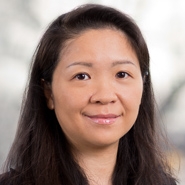