On January 24, 2022, the U.S. Supreme Court (SCOTUS) granted review of Sackett v. EPA, apparently with the sole purpose of deciding once and for all “the proper test for determining whether wetlands are ‘waters of the United States’ under the Clean Water Act.” Given the current composition of the Supreme Court Justices and that Sackett originates from the Ninth Circuit—an appellate court with a long history of SCOTUS reversals in environmental law cases—the stage could be set for the Court to constrain assertions of federal jurisdiction over remote and isolated wetlands.

The Sackett case arises from a long-running dispute over whether federal Clean Water Act (CWA) jurisdiction extends to wetlands occurring on the Sackett family’s rural Idaho homesite. Nearly ten years ago, the Supreme Court reversed the Ninth Circuit, unanimously holding that the Sackett family had the right to challenge a compliance order from the U.S. Environmental Protection Agency (EPA) directing them to restore wetlands they had filled on the property when building their home.

Having won that battle, the Sacketts challenged the basis for EPA’s compliance order, arguing that the wetlands were not subject to federal jurisdiction under the CWA. Specifically, the Sacketts assert that EPA and the Army Corps inappropriately asserted jurisdiction over their wetlands by using Justice Kennedy’s “significant nexus” test from Rapanos v. United States, and the agencies instead should have relied on Justice Scalia’s narrower jurisdictional test from Rapanos. Justice Scalia’s test provides that wetlands must have a “continuous surface connection” to a “relatively permanent” “water of the United States” for CWA jurisdiction to apply. But the Ninth Circuit again upheld the agencies’ position, the Sacketts again sought relief from the Supreme Court, and the Supreme Court again agreed to hear the case.

The Supreme Court’s second grant of certiorari to the Sacketts suggests that the Justices may be poised to make a definitive ruling on which jurisdictional test should be used when evaluating whether wetlands are considered “waters of the U.S.” Since the Court issued its splintered 4-1-4 Rapanos decision in 2006, the scope of the CWA’s jurisdiction over wetlands and other waterbodies has been the subject of repeated rulemakings and litigation, all against the backdrop of Rapanos’ two competing tests. As a result, if at least five Justices in the new Sackett case can agree on the appropriate jurisdictional test to apply, the years of confusion, inconsistency, and uncertainty that have dominated CWA implementation in the wake of Rapanos could finally end.

In addition, the outcome of this new Sackett case is almost certain to affect the new “durable” regulatory definition of “waters of the United States” that EPA and the Corps are currently developing. The Supreme Court’s decision could even moot that rulemaking, as only Congress could then change the law by amending the CWA—a fix that has eluded Congress for decades, and is even more unlikely in the present political environment.

The Sackett case therefore provides a unique opportunity for project proponents to highlight the regulatory uncertainty and far-reaching implications of the agencies’ reliance on the intensively fact-specific “significant nexus” test, and the corresponding benefits of a simpler test. Briefing will likely take place in early 2022. Amicus briefs will be due only seven days after the supported party files its brief. Oral argument will likely be held in the fall of 2022, with a decision coming as soon as the end of this year or in early 2023. 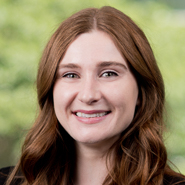