The California legislature is considering a bill aimed at reducing greenhouse gas (GHG) emissions from “working lands” (including agricultural, grazing, and forest) and “natural lands”. The bill also would encourage carbon sequestration programs on those lands. If passed, Assembly Bill 2954 would be the first measure of its kind in the United States and could also serve as a model for other states seeking to develop similar policies in the future. Agriculture currently produces an estimated 8% of California’s total GHG emissions, while agriculture, forestry, and grazing also present opportunities enhanced carbon sequestration. Landowners, agribusinesses, forestry interests, and other stakeholders in California and beyond may want to follow the development of this legislation and related actions by the California Air Resources Board (CARB).

AB 2954 would require CARB to set targets for GHG emissions reductions and carbon sequestration on the state’s natural and working lands by January 1, 2023. Under the legislation, CARB would identify practices and policies that would help achieve its GHG reduction and sequestration goals, and to develop methods for the State to track such emissions and sequestration. For example, carbon sequestration practices such as reducing tillage, mulching fields, and planting cover crops are increasingly employed by landowners seeking to reduce their land’s carbon emissions. Measures like these, along with other measures aimed at different land-based activities, would be included as part of CARB’s next update to its Scoping Plan, a document which generally sets out the agency’s full range of policies aimed at addressing climate change.

Implementation of AB 2954 by CARB likely would require a multi-faceted, multi-agency approach. AB 2954 has received bipartisan criticism over concerns that it grants CARB too much authority over the agricultural and forestry industries, which are outside CARB’s expertise. Various legislators also have suggested that the bill should shift some of this power to the Department of Food and Agriculture or to the Natural Resources Agency. Agricultural groups expressed concern for the speed that the bill was moving through the legislature and for CARB’s ability to enforce the bill’s requirements. Despite these criticisms, the bill passed the Assembly’s Natural Resources and Appropriations Committees.

On August 14, 2020, the bill was passed by the Senate’s Committee on Environmental Quality and sent to the Senate Appropriations Committee. The Senate Appropriations Committee subsequently placed the bill under submission, likely rendering it dead for the current session. Nonetheless, there are discussions regarding passage of the bill, or similar legislation, during the next legislative session beginning in January 2021, as California and other states are increasingly focused on land-based or nature-based mechanisms for reducing and sequestering GHG emissions. Indeed, California will need to incorporate such measures if it is to achieve its goal of net-zero GHG emissions statewide by 2045. 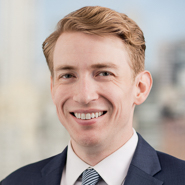