On October 7, the U.S. Food and Drug Administration (FDA) published a request for comment on proposed labeling for cell-cultured seafood products. 85 FR 63277 (Oct. 7, 2020). Stakeholders now have an opportunity to comment on how these novel food products should be labeled, including appropriate descriptors for a product’s name, nature, source, and characteristics.

“Cell-cultured” refers to the process by which the seafood is created, in a sterile laboratory environment from the cells of a living or recently slaughtered animal. These cells are duplicated and harvested into products that mimic the taste, texture, and aesthetics of conventional seafood. The principal driver behind FDA’s request is to avoid misbranding of cell-cultured seafood products. The Federal Food, Drug and Cosmetic Act (FFDCA) prohibits the offering of food for sale under the name or label of another food, and FDA has acknowledged that consumers may not understand that “cultured seafood” is distinct from conventionally harvested seafood.  Simply put, FDA is legally required to ensure that food is accurately described on its label, and that non-standardized foods are labeled with terms that consumers can understand.

FDA suggested that there are no common usages of the term “cultured seafood” yet, and is inviting commenters to provide any evidence to the contrary. FDA has also asked for feedback on whether labeling should give details about the novel production method associated with these products. To that end, FDA requested input on the descriptor “cultured,” as consumers may be familiar with the term “aquaculture,” but not “cell-cultured production.” Commenters are also invited to explain why possible alternative terms may better describe the product (i.e., “cell cultured,” “cell-based,” or “cell-cultivated”).

FDA also asked whether labels should include a cell-cultured product’s type or cut – for example, fillet or steak – or other attributes like its taste, texture, aroma, or nutrition, if they differ from conventional seafood.

On October 30, 2018, the U.S. Food and Drug Administration (FDA) published its Plant and Animal Biotechnology Innovation Action Plan outlining the key priorities the agency will pursue “to support innovation in plant and animal biotechnology and advance the agency’s public health mission.” According to FDA, the Action Plan’s overall goal is to ensure the safety of plant and animal products of biotechnology while avoiding unnecessary barriers to future innovation. FDA notes that many of the priorities outlined in its Action Plan are already underway and will be rolled out, including for public input as appropriate, over the next year and continuing through 2020.

Among the key items identified by FDA:

In addition, FDA indicated its intent to work with domestic and international partners and engage in a dialogue about how transformative biotechnology tools, such as gene drives, may eventually strengthen measures to address vector-borne diseases.

On March 27, 2018, the U.S. Food and Drug Administration (FDA) announced the submission of a proposed collection of information in connection with its longstanding voluntary consultation process for foods derived from plant-based biotechnology.

Under the Paperwork Reduction Act, every federal agency must obtain approval from the Office of Management and Budget (OMB) before collecting certain information (including reports, applications, and plans) from ten or more members of the public. Ongoing collection activities like FDA’s biotechnology consultation process must be approved by OMB at least once every three years.

FDA’s voluntary consultation process (first outlined by FDA in a 1997 guidance document) is intended to allow producers who use biotechnology in the manufacture or development of foods and food ingredients to work cooperatively with FDA to ensure that products derived through biotechnology are safe and comply with all applicable legal requirements.

FDA announced an initial opportunity to comment on the proposed information collection associated with this process on December 13, 2017. According to the FDA, it received two comments, both of which were supportive of the Agency’s need for the information collection. Accordingly, FDA has proposed retaining the previously approved annual reporting burden (1,960 hours) estimate associated with the consultation process.

Comments on FDA’s proposal may be submitted directly to OMB until April 26, 2018.

On October 4, 2017, the U.S. Food and Drug Administration (FDA) issued final guidance clarifying that mosquito-related products intended to control mosquito populations are regulated by the U.S. Environmental Protection Agency (EPA), while FDA has jurisdiction over products intended to reduce the virus/pathogen load within a mosquito or prevent mosquito-borne disease. See Guidance for Industry #236. This final guidance closely tracks and is in most respects identical to, the draft version that FDA distributed for public comment on January 18, 2017.

On April 12, 2017, the U.S. Food and Drug Administration (FDA) announced extensions of the comment periods associated with its draft guidance document on genome-edited animals (Guidance for Industry #187, proposed on January 18, 2017) and its separate docket requesting input on FDA’s regulatory approach to human and animal foods derived from plants developed using genome editing (opened on January 19, 2017). Both comment periods will now close on June 19, 2017.

On January 19, 2017, the U.S. Food and Drug Administration (FDA) established a docket to receive comments on the use of genome-editing techniques to produce new plant varieties that are used for human or animal food. Comments are due by April 19, 2017.

On January 18, 2017, the U.S. Food and Drug Administration (FDA) issued two draft guidance documents that, if adopted, would clarify how FDA intends to regulate biotechnology and mosquito products under the agency’s new animal drug (NAD) authority. The first, Guidance for Industry # 187: Regulation of Intentionally Altered Genomic DNA in Animals, revises previous FDA guidance that applied solely to genetic modifications achieved using recombinant DNA (rDNA) technology. The second document, Guidance for Industry # 236: Regulation of Mosquito-Related Products, specifies the circumstances under which FDA would regulate products that affect or modify mosquitoes and when FDA will defer to the authority of the U.S. Environmental Protection Agency (EPA) under the Federal Insecticide, Fungicide, and Rodenticide Act (FIFRA). Comments on the draft Guidance for Industry # 187 are due on April 19, 2017. The public may also comment on FDA’s draft mosquito product guidance through February 21, 2017. 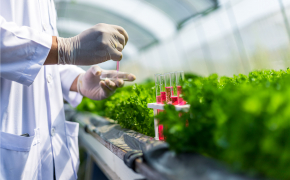