On September 10, 2020, USDA announced the launch of a new website to provide the public with information about its Agriculture Innovation Agenda (AIA). As described by USDA, the AIA is a department-wide effort to align USDA’s resources, programs, and research to provide farmers with tools “to position American agriculture as a leader in the effort to meet the food, fiber, fuel, feed, and climate demands of the future.” As a specific goal, USDA cites stimulating innovation to increase U.S. agricultural production by 40 percent while cutting the environmental footprint of U.S. agriculture in half by 2050. In connection with the AIA, USDA is also now accepting public comments and written stakeholder input on “the most innovative technologies and practices that can be readily deployed across U.S. agriculture.” The public comment opportunity will remain open through November 9, 2020.

In December 2018, the U.S. Department of Agriculture (USDA) Agricultural Marketing Service (AMS) promulgated a new National Bioengineered Food Disclosure Standard (NBFD Standard or the Standard) to require food manufacturers, importers, and other entities that label foods for retail sale to disclose information about bioengineered food and bioengineered food ingredients. While compliance with all of the Standard’s requirements will not be mandatory until January 1, 2022, a “voluntary compliance period” began on January 1, 2020, during which time regulated entities (above $10 million in gross receipts) must identify covered products and may (but are not required to) disclose bioengineered foods and ingredients.

The Growing Climate Solutions Act continues the trend towards “nature-based” GHG reductions, which use an ecosystem approach to reduce GHG emissions and to encourage carbon sinks. This approach is accelerating in the United States and around the world as nations and private actors look to achieve GHG reduction targets under the Paris Agreement and mandatory reduction or offset programs and to advance private governance objectives. The bill’s goals also accord with state-level efforts in places like California and Washington, which in recent years have also created (or are considering) their own nature-based GHG reduction programs.

The Animal and Plant Health Inspection Service (APHIS) within the U.S. Department of Agriculture (USDA) has published final amendments to its biotechnology regulations codified at 7 C.F.R. part 340 under the Plant Protection Act. 85 Fed. Reg. 29790 (May 18, 2020). The SECURE Rule (Sustainable, Ecological, Consistent, Uniform, Responsible, Efficient) marks the first comprehensive reform of these regulations since 1987 and follows a series of unsuccessful attempts to update the requirements that apply to genetically engineered (GE) organisms posing plant pest risks. Overall, the SECURE Rule leverages APHIS’s decades of experience with GE plant traits and products to focus its regulation on GE plants that pose an increased plant pest risk relative to their non-GE comparators, in lieu of default regulation of any article resulting from a genetic engineering process that may involve a plant pest organism. All currently nonregulated or permitted articles should retain their status under the new SECURE Rule.

On June 6, 2019, APHIS issued a new proposal to revise its regulations governing genetically engineered (GE) organisms under 7 C.F.R. Part 340. The proposed rule would mark the first comprehensive reform of these regulations since 1987, and follows APHIS’s earlier withdrawal of its most recent prior attempt in 2017 to update the requirements that apply to GE organisms posing plant pest risks.

According to APHIS, much of the feedback it received during the 2017 public comment period centered on the need to focus regulatory efforts and oversight upon risk, rather than the method used to develop the GE organism. Based on this and other feedback, APHIS is now proposing an approach that focuses on the properties of the GE organism itself, such that a GE organism would require a movement permit only if it poses a “plant pest risk” (a newly defined term meaning “the possibility of harm resulting from introducing or disseminating a plant pest, or exacerbating the impact of a plant pest”). Accordingly, a GE plant that is developed using a plant pest as a vector, vector agent, or donor of genetic materials would not necessarily be regulated by APHIS, unless it has not yet been evaluated for plant pest risk or it has been evaluated and found to pose a potential plant pest risk.

The deadline for public comments will be August 5, 2019.

Beginning January 1, 2022, food manufacturers and other regulated entities will be required to comply with the first-ever national label disclosure requirements for bioengineered foods. Issued by the USDA's Agricultural Marketing Service on December 20, 2018, the new National Bioengineered Food Disclosure Standard requires food manufacturers, importers, and other entities that label foods for retail sale to disclose information about bioengineered food and bioengineered food ingredients. Authorized by the 2016 amendments to the Agricultural Marketing Act and first proposed in May, the Standard establishes compliance deadlines, defines the scope of the labeling mandate, and creates exemptions for certain entities and products. Notably, the new regulation limits the definition of “bioengineered food” to articles modified using in vitro recombinant deoxyribonucleic acid techniques and therefore excludes products developed using gene-editing or other advanced biotechnology methods that do not rely on rDNA manipulation (e.g., CRISPR and TALENS). At the same time, AMS declines to identify specific technologies either inside or outside of the regulation’s scope, and preserves for itself the continuing right to consider whether foods derived from “new and emerging technologies” meet the definition of “bioengineered food.” Food manufacturers, technology developers, and other stakeholders should pay close attention to the regulatory definitions and exemptions to identify if and when compliance is required.

Following withdrawal of its January 2017 proposal to revise the regulation of genetically engineered organisms on November 6, 2017, APHIS is now relaunching its effort with publication of a notice of intent to prepare a new programmatic environmental impact statement (EIS), as required under the National Environmental Policy Act (NEPA). APHIS explains that it seeks to address “advances in biotechnology” over the past 30 years and allow APHIS to more effectively protect plant health by focusing its regulations on the risks that may be posed by certain genetically organisms “rather than on the methods used to produce the products.” APHIS also seeks to “make the regulatory processes more transparent while removing unnecessary regulatory burdens.”

Rather than identify any specific regulatory approaches now under consideration, APHIS’s notice broadly solicits comments from the public “to help APHIS further define the issues and alternatives that should be considered and to help APHIS identify additional impacts, both positive and negative, to the human environment that should be examined in the EIS.”

On May 3, 2018, the U.S. Department of Agriculture’s Agricultural Marketing Service (AMS) announced its proposed bioengineered food disclosure standard. Consistent with the federal mandate signed into law on July 29, 2016, the proposed National Bioengineered Food Disclosure Standard (NBFDS) establishes the first-ever nationwide labeling requirements for bioengineered food. USDA is charged with finalizing its implementing rules by July 29, 2018, and is accepting public comments on its proposal for 60 days.

On April 13, 2018, the U.S. Department of Agriculture’s Food Safety and Inspection Service (FSIS) extended by one month the comment period associated with the U.S.Cattlemen’s Association (USCA) petition requesting the exclusion of products not derived directly from animals that have been raised and slaughtered from the definition of “beef” and “meat.” According to FSIS, the February 9, 2018 petition has generated “significant interest” from stakeholders. Comments must now be submitted by May 17, 2018.

On February 8, 2018, the United States Cattlemen’s Association (USCA) filed a petition with the United States Department of Agriculture (USDA) requesting that the Agency establish a food labeling requirement that the term “beef” only be used to refer to products that “come from cattle that have been born, raised, and harvested in the traditional manner.” If USDA takes the requested action, manufacturers of new “clean meat” products would be prevented from labeling their products as “beef” or “meat.” Industry stakeholders and other interested members of the public may submit comments on USCA’s petition until April 23, 2018.

The term “clean meat” refers to products that are grown in cell cultures from animal stem cells (also called “cultured meat” or “synthetic meat”). The processes for clean meat production have developed along with broader advances in tissue engineering, many in the medical field. The petition does not directly address how USDA should view meat derived from cows or other livestock bred with any kind of genetic engineering or gene-editing techniques (i.e., CRISPR). While these products are still under development and have not yet reached the market, industry stakeholders should consider the potential impacts of any USDA labeling policies for clean meat on food products that may be derived from gene-edited livestock in the years to come.

The petition and public comments may be reviewed here. For a complete overview of these developments, see the full news alert here.

On March 28, 2018, U.S. Secretary of Agriculture Sonny Perdue issued a statement to clarify USDA’s position on the regulatory status of plants produced through genome-editing and other innovative breeding techniques. Consistent with responses to individual letters of inquiry by USDA’s Animal and Plant Health Inspection Service (APHIS) over the last few years, USDA’s statement confirms that the Agency does not currently regulate, or have any plans to regulate, plants “that could otherwise have been developed through traditional breeding techniques as long as they are developed without the use of a plant pest as the donor or vector and they are not themselves plant pests.” According to USDA, such techniques may involve plant varieties with the following changes:

While such plants do not require regulatory oversight by USDA, the statement notes that EPA and FDA retain separate oversight authority of biotechnology products under the Coordinated Framework for the Regulation of Biotechnology.

On November 6, 2017, the U.S. Department of Agriculture’s Animal and Plant Health Inspection Service (APHIS) announced the withdrawal of its January 19, 2017 proposal to revise the regulation of genetically engineered organisms. According to the APHIS, it received 203 comments on the proposal, including many objections to its scope and concerns about the proposed risk assessment process. In its announcement, APHIS indicates that it will begin “a fresh stakeholder engagement aimed at exploring alternative policy approaches,” while continuing to consider the comments received on the withdrawn rule.

On September 5, 2017, the U.S. Department of Agriculture’s Animal and Plant Health Inspection Service (APHIS) announced the launch of a new website tool to search biotechnology permit and notification data. Previously, these data were available in various forms on the APHIS website and the Information Systems for Biotechnology (ISB) website separately maintained by Virginia Polytechnic Institute and State University (popularly known as Virginia Tech). Beginning September 15, 2017, the ISB website will no longer contain data for biotechnology permits and notifications issued by APHIS; these data will be available exclusively on the APHIS website.

APHIS reports that it has increased its data-managing capability and is bringing this functionality in-house to increase government efficiency and enhance user experience. The data, which were previously also available on the APHIS website but only in a downloadable spreadsheet format, will now be presented both as a downloadable spreadsheet and in a user-friendly searchable format. With the new tool, users will be able to search data by institution, article, action, type, status, state, genotype, and phenotype, as well as by a global search field. APHIS intends to continue to improve the site by providing improved search functions and visual representations of data in the near future.

On January 19, 2017, the U.S. Department of Agriculture’s Animal and Plant Health Inspection Service (APHIS) proposed major changes to its existing rules governing plant-based biotechnology. The proposal would represent the first comprehensive revision of APHIS’s biotechnology regulations since they were first established in 1987. Comments must be submitted by May 19, 2017. 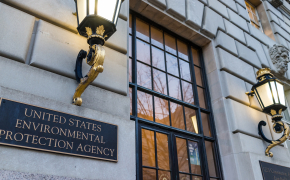