Dan applies the insight and experience he gained from working in the Office of General Counsel at the U.S. Environmental Protection Agency to clients’ challenges on a broad array of issues.

He assists clients with many aspects of environmental and administrative law, including compliance counseling, permitting, due diligence, audits, commenting on agency rulemakings, administrative enforcement defense, and litigation.

Examples of Dan’s experience include:

While at EPA, Dan formulated effective litigation strategies to defend agency actions and advised senior EPA officials on matters arising under a variety of statutes including the Clean Air Act, Clean Water Act, and the Resource Conservation Recovery Act. Dan was awarded an EPA commendation for outstanding counseling on administrative and regulatory law issues, and a Department of Justice commendation for assisting in the successful defense of EPA’s suite of greenhouse gas regulations.

Dan also served as a Brookings Institution Congressional Fellow on the U.S. House of Representatives’ Committee on Natural Resources. As a Fellow, he provided counsel to members of Congress and staff on legislation and oversight issues relating to energy production and mining on federal lands including U.S. offshore energy production, the Bureau of Land Management’s hydraulic fracturing rule, coal mining in the Powder River Basin, and the U.S.-Mexico Transboundary Hydrocarbon Agreement.

During law school, Dan served on the American University Law Review and participated in the Community and Economic Development Law Clinic.

Dan is located in Chicago, IL, and practices out of our Washington, DC office. 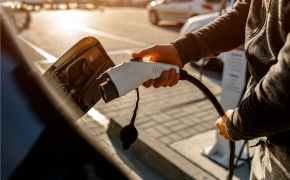