He worked for several years in construction before earning his undergraduate degree in Environmental Science and making a decision to enter the practice of environmental law. Today, he follows a similar non-traditional path in advising his clients—eschewing cookie-cutter approaches. He dives into the factual and legal issues, learning what is unique about his client, and tailors his advice to serve their best interests.

When working on a case, Michael looks for angles that aren’t always obvious. For example, when a client was sued by another entity that asserted a continuing trespass claim, he convinced the court that, because his client was a municipality, the court was required to treat the continuing trespass claim as a different type of claim that was time-barred. In another matter, Michael defended a municipality in an arbitration suit that, if successful, would have bankrupted the municipality. Despite there being hundreds of exhibits in the record, he focused on a single key email to secure a favorable ruling for his client. 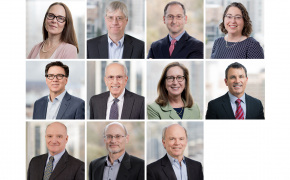