Private landowners at a federal Superfund site cannot use state law claims to require additional remediation without advance EPA approval, based on a limitation in the Comprehensive Environmental Response, Compensation, and Liability Act (CERCLA). Overruling the Montana Supreme Court on this issue, the United States Supreme Court held that the landowners at a CERCLA site are potentially responsible parties (PRPs) and, as such, may not “undertake any remedial action” at the site without EPA approval pursuant to CERCLA Section 122(e)(6). Atlantic Richfield Co. v. Christian, --- S.Ct. ----, 2020 WL 1906542 (April 20, 2020); 42 U.S.C. §9622(e)(6). The Court described Section 122(e)(6) as “one of several tools in the Act that ensure the careful development of a single EPA-led cleanup effort rather than tens of thousands of competing individual ones.” The Court further observed that CERCLA provides methods for considering state law in the course of selecting a CERCLA remedy, and that “saving clauses” that use sweeping language to avoid preemption of liability or requirements under state law must be construed consistent with the rest of CERCLA to avoid erasing the Act. Thus, while stating that Section 113 of CERCLA “permits federal courts and state courts alike to entertain state law claims, including challenges to cleanups,” the Court applied CERCLA’s limit that prevents PRPs from conducting remediation not approved by EPA.

Alleging impacts from former copper smelting operations in Montana that EPA had designated as a Superfund site and had studied and remediated for decades, a group of 98 property owners filed several state law tort claims against the current owner of the smelter. Most of the common law tort claims (such as diminution of value) were not at issue on appeal, but defendants challenged the claim for “restoration damages” as seeking supplemental remediation that, among other things, is barred by CERCLA Section 122. For example, as “restoration damages” the landowners sought both groundwater capture and supplemental soil excavation, even though under EPA’s CERCLA remedy selection such activities were unnecessary to protect human health and the environment.

On appeal to the Montana Supreme Court, the landowners achieved a temporary victory, with that court holding that the landowners are not “PRPs” and thus not subject to the CERCLA Section 122 bar on a PRP’s ability to conduct its own remedial action without regard to EPA approval. The United States Supreme Court vacated this element of the Montana holding.

The United States Supreme Court determined that the residents owning property at the CERCLA site are PRPs who need EPA approval under Section 122 of CERCLA before conducting further remediation of their properties. The Court concluded that landowners are PRPs because “pollutants have ‘come to be located’” on their properties and explained that “[i]nterpreting ’potentially responsible parties’ to include owners of polluted property reflects the Act’s objective to develop, as its name suggests, a ‘Comprehensive Environmental Response.’” The Court’s majority rejected landowners’ arguments and Justice Gorsuch’s dissent, under which the breadth of the term PRP would depend on the enforcement status for each landowner, such as whether a landowner has received a notice letter from EPA or whether a statute of limitations has run. The Court likewise rejected arguments that the property owners may qualify for CERCLA’s contiguous landowner defense, because they could not satisfy the elements of that defense. For instance, the landowners would have “had reason to know” that their property could have been contaminated when they acquired the property, and could not show that they provided the required cooperation with EPA given their current demands for additional remediation.

Before reaching the PRP interpretation issue, the Court addressed two jurisdictional issues. First, it affirmed its own jurisdiction to hear the appeal. Second, the Supreme Court evaluated whether Section 113 of CERCLA precludes Montana state courts from considering the state law issues in this case. The Court determined that because the property owners’ claims arose under Montana law, not CERCLA, the Montana state courts could exercise jurisdiction. The court emphasized a presumption of concurrent jurisdiction by federal and state courts to entertain state law claims, and declined to construe provisions of Section 113 as clearly barring the jurisdiction of state courts to consider claims arising under state law, even if such claims were “challenges to cleanups.” The majority’s analysis on this point, however, was not without controversy. In dissent, Justice Alito argued that reaching the state court jurisdiction issue was unnecessary to resolve the case and that “the better course is not to decide this perplexing question at this juncture.” The significance of the Court’s interpretation of Section 113 will likely be a matter of continuing legal debate if state law claims in state courts are used to challenge CERCLA remedies.

Procedural Posture of the Remaining Case

The Court remanded the case to the Montana Supreme Court in light of the landowners’ PRP status.

Given the basis of the decision, the Court did not reach the question of conflict preemption that had been raised in the briefs. 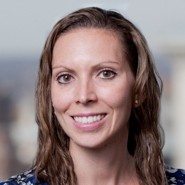