Recognizing Ben Wilson on His Retirement

On the occasion of his retirement from the firm and the practice of law, all of his friends and colleagues at B&D congratulate Ben Wilson on his outstanding career, notable for his dedication to clients and efforts to increase diversity, equity, and inclusion in the legal profession.

Ben retired from B&D and the practice of law on December 31, 2021. While he is no longer affiliated with B&D, he continues to manage the Diverse Lawyers Network and his service on several Boards, including the Environmental Law Institute (ELI), APCO Worldwide, Northwestern Mutual Life Insurance Company where he serves as lead Director, and PG&E Corporation where he Chairs the Audit Committee. Ben will also continue to teach at the Howard University School of Law.

B&D’s Firmwide Managing Principal, Kathy Szmuszkovicz, commented, “Ben’s leadership on client service and all aspects of diversity, equity, and inclusion are a continuing source of inspiration to all of us at B&D. Ben, you have our enduring gratitude and very best wishes for every happiness in your retirement.”

Ben remarked, "It has been a privilege to work with talented professionals at B&D, both attorneys and staff. It has been our goal to deliver an uncommon level of service to our clients. I will miss my friends at the firm greatly."

On June 28, B&D hosted a memorable in-person and virtual gathering to celebrate Ben's retirement. Friends, colleagues, clients, and mentees – along with members of Ben’s family including his wife of more than 40 years, Merinda, and daughter Rachel – gathered to honor him and recount his passion for helping others, his dedication to excellence in practice, and his leadership in advancing the cause of diversity, equity, and inclusion in the legal profession.

Some highlights of their remarks included:

"We celebrate the career of one of the most outstanding lawyers in America. Ben, you kept us on track with the mission by reminding us that we had a higher calling, a higher purpose in life. And you never asked us to do anything you wouldn't do yourself.” – Robert Grey

"To know Ben Wilson well is to love the man." – Scott Fulton

“Ben, you have helped so many people – not only with our cases and our matters, but in our careers and our lives.” – Carita Walker

“He's a decent man, who truly cares about the people in his life. He celebrates their successes, he mourns their losses, checks with them to see if they're okay. God has blessed him and he just wants to be a blessing to someone else.” – Merinda Wilson

B&D also announced that it has established the Benjamin F. Wilson/Beveridge & Diamond PC Environmental Law Scholarship Fund at Howard University School of Law (HUSL). The fund, part of the school’s endowment, will provide an annual scholarship that HUSL will award each year to a student who demonstrates an interest in pursuing a career in environmental law. 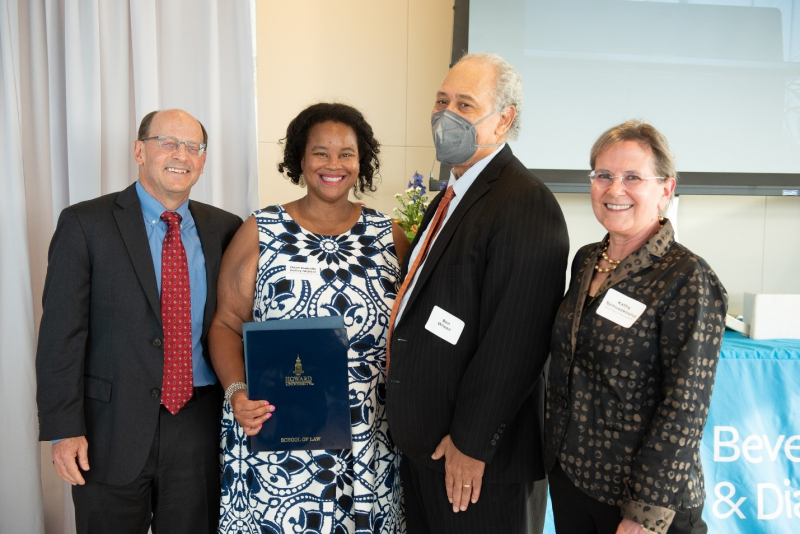 Recognized by The American Lawyer with its Lifetime Achievement Award in December 2021, Ben hails from Jackson, Mississippi. After graduating from Harvard Law School, Ben worked at the law firm of King & Spalding, focusing on litigation and tax matters. He joined the Civil Division of the United States Department of Justice in 1979. At the Justice Department, he gained substantial trial expertise in commercial litigation matters, appearing on behalf of the government in the United States Court of Appeals for the Federal Circuit, the United States Court of Claims, and district courts throughout the U.S. While at the Justice Department, Ben received Special Achievement Awards in recognition of his performance in 1981 and 1982.

At B&D, Ben was lead counsel in numerous complex environmental litigation and regulatory matters for major consumer product corporations, retailers, oil and gas companies, municipalities, and developers. He served as the Court-Appointed Monitor for the Duke Energy coal ash spill remediation project and as Deputy Monitor for Emissions & Environmental in the Volkswagen AG emissions proceedings. He previously served as lead counsel at the largest chromium site in the United States. Ben also counseled clients on environmental justice representations and is a recognized leader on diversity and inclusion issues in the legal profession.

Ben represented a number of municipal government agencies on Clean Water Act enforcement, litigation, and project development matters, including the City of New Orleans, the Sewerage and Water Board of New Orleans, District of Columbia Water and Sewer Authority (DC Water), the Metropolitan Water District of Greater Chicago, the San Antonio Water System, and the Pittsburgh Water & Sewer Authority.

Leadership on Diversity, Equity, and Inclusion

A tireless advocate for diversity, equity, and inclusion in the legal profession, working with others Ben established the African American General Counsel and Managing Partner Networks in 2012 and founded the Diverse Partners Network in 2008. Ben has been recognized for his leadership by the following organizations and publications: 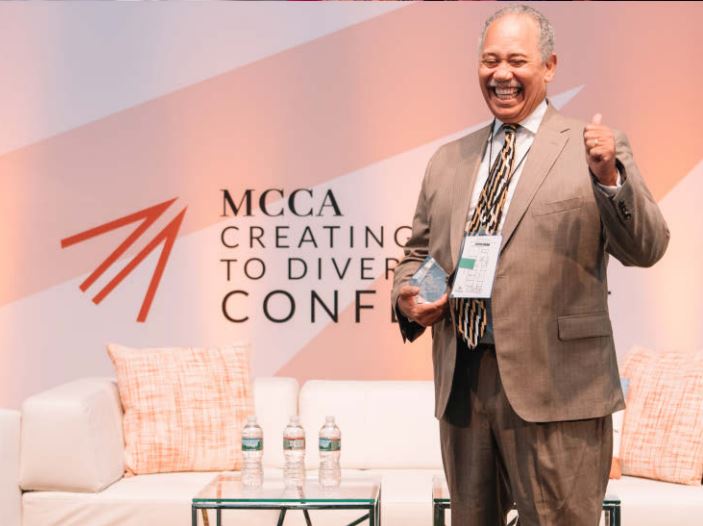 Ben is Chair of ELI and serves on the Boards of APCO Worldwide, the Leadership Council on Legal Diversity (LCLD) where he currently serves as Secretary, Northwestern Mutual Life Insurance Company, and the Board of PG&E Corporation. For the past 30 years, he has been the Chairman of the Environmental, Energy, and Public Utilities Law Section of the National Bar Association. Ben will continue to serve on the Boards of the District of Columbia Bar Foundation and the District of a Columbia Judicial Nomination Commission.

Ben and his wife, Merinda, with baby daughter Rachel. 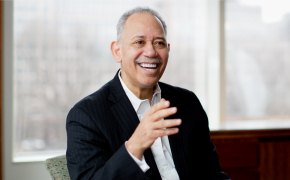 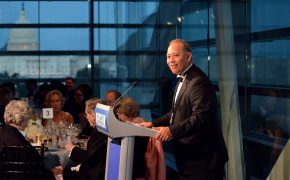