Are You Ready to Report an Accidental Chemical Release to Another Agency?

If your facility has a significant accidental release of a hazardous chemical, your team will need to respond immediately, particularly if the release threatens the public, workers, or the environment. But don’t forget to report the release to the relevant governmental agencies right away. Starting March 23, 2020, add one more agency to the list of those that may need to be notified – the Chemical Safety and Hazard Investigation Board (CSB).

CSB has published a final rule on Accidental Release Reporting, 40 C.F.R. Part 1604. It requires the owner or operator of a stationary source to report promptly to CSB any qualifying accidental release of an extremely hazardous substance into the ambient air.

As discussed below, the publication of this rule is intended to fulfill a long-standing requirement imposed by Congress in the CSB’s enabling statute. The purpose of the rule is to ensure that the CSB obtains information it will need to assess whether the CSB has jurisdiction over an accidental release incident and if so whether it should deploy its resources. Here are brief details on the new reporting requirement:

CSB adopted the rule reluctantly. Congress directed CSB to adopt a reporting rule for accidental releases 30 years ago, in the CSB’s enabling statute that was contained in the Clean Air Act Amendments of 1990, in section 112(r)(6)(C)(iii). After prodding from the Inspector General of the Department of Homeland Security in 2004 and the Government Accountability Office in 2008, CSB published an advance notice of proposed rulemaking for a reporting requirement in 2009, but did not follow up with a proposed rule. Ten years later, a court ordered CSB to adopt a final reporting rule within one year. Air Alliance of Houston v. CSB, 365 F. Supp. 3d 118 (D.D.C. Feb. 4, 2019). CSB published a proposed rule on December 12, 2019. The CSB Interim Executive signed the final rule on February 3, 2020.

Facilities should begin training their employees on the new requirement and integrating this CSB requirement into their work practices for notifying agencies about accidents. As a reminder, federal regulatory notification requirements that may apply in addition to this new rule include, among others: 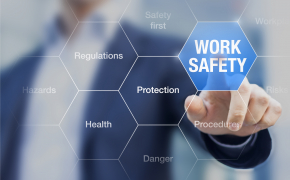