At the time, John and Josh held senior roles at the U.S. Department of Justice (DOJ)—John was the Assistant Attorney General for the Environment and Natural Resources Division (ENRD) and Josh was a Senior Trial Attorney in ENRD. They negotiated three consent decrees on behalf of the United States worth nearly $17.5 billion in total relief, including a $1.45 billion civil penalty, the largest in the history of U.S. Clean Air Act enforcement. In the criminal case, VW pled guilty to three felonies, paid a $2.8 billion criminal penalty, and six high-ranking VW officials were indicted.

Looking Back to Move Forward: Resolving Health & Environmental Crises examines and draws lessons from efforts to resolve six other complex, large-scale health and environmental crises (in addition to “Dieselgate”) in recent decades. John and Josh, along with the book’s other authors, illustrate how the law helps confront pressing issues like climate change and how the courts, Congress, advocates, and policymakers can work to protect the health of our communities and the environment.

About the Chapter’s Authors

Prior to joining B&D in 2018, John had a long and distinguished career in public service, culminating as Assistant Attorney General for DOJ’s ENRD. During his time at DOJ, John supervised some of the department’s most significant matters, including the Exxon Valdez oil spill, Love Canal, and Bunker Hill litigation. John also worked on many of the department’s most high-profile environment cases, personally negotiating the multi-billion dollar resolutions of the Deepwater Horizon oil spill and the VW emissions scandal discussed in the chapter. (He participated in the panel discussion on the VW emissions settlement at the State Energy & Environmental Impact Center’s Health & Environmental Settlements Projects workshop in March 2019.)  John now provides strategic advice on all manner of environmental compliance and litigation matters.

As Senior Trial Attorney in ENRD, Josh was named Federal Employee of the Year in 2017 in recognition of his work as Lead Counsel in the United States v. Volkswagen AG discussed in the chapter. During his DOJ career, he received the Samual J. Heyman Service to America Medal, the Assistant Attorney General’s Award for Excellence, the EPA Administrator’s Award for Excellence, and numerous other DOJ commendations and awards. Clients now benefit from Josh’s expertise in environmental enforcement matters as he advises on compliance issues, including those pertaining to Clean Air Act mobile sources, negotiates complex federal consent decrees, and litigates a wide variety of environmental cases on their behalf.

Beveridge & Diamond’s Mobile Source Emissions group has experience in all aspects of mobile source emissions regulation and litigation. For over two decades, the firm has engaged in a host of matters involving rulemakings, regulatory interpretation, compliance, enforcement defense, litigation, and advocacy with respect to automobiles and light-duty vehicles (gasoline, diesel, and electric), heavy-duty vehicles, non-road engines and equipment/vehicles, and commercial aircraft and marine engines. B&D’s Chairman Ben Wilson served as Deputy Monitor – Emissions & Environmental as part of a team that oversaw compliance reforms and successful implementation of the terms of VW’s plea agreement. 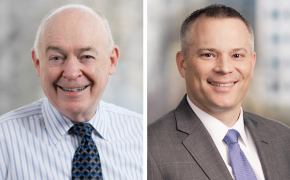