The implications of the Green Amendment are still largely unknown, as New York remains one of only a few jurisdictions in the country (for example, Pennsylvania and Montana) to enact such a measure. However, environmental and community groups have seized the opportunity to challenge projects and permits they oppose. The resulting case law is beginning to shed light on the types of legal claims that may be brought under the Green Amendment.

Community organization Fresh Air for the Eastside (Fresh Air) recently brought challenges based on the Green Amendment against a landfill in upstate New York. In the first challenge, Fresh Air brought a lawsuit against the State of New York, the New York Department of Environmental Conservation (Department), New York City (the primary generator of municipal solid waste in the landfill), and the landfill operator, alleging that the landfill’s odors and greenhouse gas emissions violated the Green Amendment and other laws.

Ruling on multiple motions to dismiss, the Monroe County Supreme Court dismissed claims against the landfill operator and held the Green Amendment is only binding against the government—meaning it cannot be used as a basis for suit against a private party. Fresh Air For the East Side, Inc. v. New York, Index No. E2022-000699 (Sup. Ct. Monroe Cty. Dec. 20, 2022). The court also dismissed the claims against New York City for lack of a legal duty, reasoning the trash in the landfill would still be present even if did not come from the City because “garbage is fungible” and New York City does not have regulatory oversight over the landfill.

However, the court denied the Department’s motion to dismiss the Green Amendment claims. The court stated that private citizens could bring “a Green Amendment case” based on alleged rights violations, and the court could compel the State to address the alleged impacts.

In a second action, Fresh Air brought a Green Amendment challenge in a special proceeding against the Town of Perinton Zoning Board of Appeals (Board) for issuing a landfill permit. Fresh Air claimed the Board’s decision would result in harmful conditions that would ultimately violate their members’ right to a healthful environment. The Monroe County Supreme Court again allowed claims invoking the Green Amendment to proceed. Fresh Air For the Eastside, Inc. v. Town of Perinton, Index No. E2021-008617 (Sup. Ct. Monroe Cty. Dec. 8, 2022).

The court articulated a two-part test for determining whether an agency’s action violates the Green Amendment: (i) does the government action comply with the applicable statute, and (ii) does the government action violate a person’s constitutional “right to clean air and water, and a healthful environment”? The court noted that even where an action was previously permitted by a state or local agency, it would not be immune from judicial scrutiny due to the constitutional nature of the rights conferred by the Green Amendment.

While the two trial court decisions may be appealed, they provide insight into potential enforcement of the Green Amendment. Under these decisions:

The reach of New York’s Green Amendment remains unclear. A key issue that needs to filter through appellate courts is whether the Green Amendment creates any private right of action, as the trial court found. At the time the bill to create the Green Amendment was being considered, a key sponsor stated that the legislation “does not change ... any of the existing laws of the State” and “does not create anything new in terms of rights of action.” NY Assembly Debate on Assembly Bill S00528, Feb. 8, 2021. This issue is likely to be further litigated over the next several years. Even if a new private right of action is confirmed, its proper scope will need to be clearly defined.

Regulated entities in New York should carefully monitor litigation surrounding the Green Amendment, including any appeals of these two decisions. In the meantime, a permit applicant may need to provide a robust factual record showing that environmental conditions will not be compromised if the application is approved, even if the application does not trigger review under New York’s State Environmental Quality Review Act.

Beveridge & Diamond, including the lawyers in our New York office, assists clients with strategic regulatory compliance and risk assessment, enforcement and investigations, and litigation matters related to states’ environmental regulatory regimes across the country. Our multidisciplinary team combines substantive expertise with air, climate change, and water regulatory programs, environmental justice, and a deep bench of trial-tested litigators to help our clients across industries succeed. 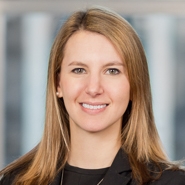 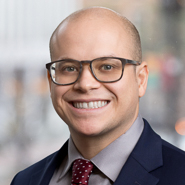