The U.S. Environmental Protection Agency (EPA) published a final rule on October 5, 2021 establishing an allowance allocation and trading program for hydrofluorocarbons (HFCs). The rule implements certain key requirements under the American Innovation and Manufacturing Act of 2020 (AIM Act) to begin phasing down the domestic manufacture and import of HFCs over a 15-year period starting in 2022. HFCs are potent greenhouse gases that were originally developed to replace ozone-depleting substances. The chemicals are commonly used for refrigeration, air-conditioning, foam blowing, fire-suppression, and as solvents and propellants, among other applications.

The AIM Act establishes a schedule for EPA to phase down the “production” and “consumption” of HFCs by 85% over a 15-year period. Production under the AIM Act generally refers to the domestic manufacture of HFCs, while consumption refers to net imports of HFCs. EPA developed a framework through this final rule in which allowances are necessary to manufacture or import HFCs as of January 1, 2022 to ensure the United States achieves the milestones set forth in the statute.

Key Provisions of the Final Rule

Production and Consumption Baselines. Using the equation provided in the AIM Act and data from the Greenhouse Gas Reporting Program and other outreach, EPA determined that the production baseline is 382.6 million allowances and the consumption baseline is 303.9 million allowances. Each allowance can be expended for one “exchange value-equivalent” (EVe) ton of HFCs, which is approximately one CO2-equivalent ton. The AIM Act establishes the exchange values for eighteen of the most commonly used HFCs.

Allowances. Starting January 1, 2022, allowances will be needed to produce or import HFCs, with limited exceptions. However, allowances are only needed when importing HFCs in “bulk” form, meaning when they must be transferred to another container or piece of equipment to realize their intended use. Allowances are not necessary when importing HFCs contained in a manufactured product (e.g., an aerosol can or air-conditioning unit).

There are three types of allowances: production allowances, consumption allowances, and “application-specific allowances” for one of six uses listed in the AIM Act. Allowances are valid between January 1 and December 31 of a given year, and they cannot be banked or rolled over to the next year.

Allowance Allocation Framework. The rule establishes a framework for allocating production and consumption allowances based on a company’s three highest years (not necessarily consecutive) of manufacture or imports during the period from 2011 through 2019. The final rule establishes this allowance allocation framework only for 2022 and 2023. EPA intends to conduct a separate rulemaking to govern allocations for 2024 and beyond.

On October 1, 2021, EPA issued a notice allocating allowances for 2022 to individual companies pursuant to the framework rule. These allowances include “calendar-year allowances” for the production or import of HFCs, and “application-specific allowances” that can be used to secure HFCs for certain applications identified by Congress to receive the full quantity of allowances necessary for at least the first five years of the AIM Act. These applications include metered-dose inhalers, defense sprays, onboard aerospace fire suppression, semiconductor manufacturing, certain foams, and mission-critical military end uses.

Other Measures. The rule also imposes obligations on certain entities that create HFC-23 to capture the HFC-23 and either destroy it using specific destruction technologies or expend production and consumption allowances for amounts sold for consumptive uses.

Compliance and Enforcement. The main components of the final rule’s compliance and enforcement provisions include requiring the use of refillable cylinders meeting certain labeling requirements; a comprehensive system to track the movement of HFCs through commerce; extensive recordkeeping and reporting requirements; third-party auditing of company records, including burdensome (and unusual) obligations to have certified public accountants conduct these audits; and publication of certain HFC production and consumption data deemed non-confidential by EPA. To deter illegal trade in HFCs, EPA is coordinating with other federal agencies, particularly U.S. Customs and Border Protection.

Key Differences between the Proposed and Final Rules

The final rule is similar in most respects to the proposed rule that EPA published on May 19, 2021. However, there are a few important differences and a number of other relatively minor changes.

EPA originally proposed to base the calendar-year allowances issued to each manufacturer and importer on a company’s highest year of production or consumption from 2017 through 2019. In the final rule, EPA is basing allocations on three years of data from 2011 through 2019 as described above.

EPA further modified its proposal to ban the import or placement of HFCs in disposable cylinders as of July 1, 2023 and the sale of HFCs in disposable cylinders by July 1, 2025. Although EPA retains the proposed bans in the final rule, the Agency pushed back the import/placement ban to January 1, 2025, and the sale ban to January 1, 2027.

EPA also finalized modest changes to the definitions of certain key terms. In particular, EPA broadened the definition of “confer” so that holders of application-specific allowances can secure their HFCs through multi-step supply chains, an issue of importance to a number of commenters. 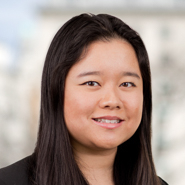