President Trump announced on Thursday his intention to initiate a formal withdrawal of the United States from the Paris Agreement, a global agreement designed to address climate change by reducing greenhouse gas (GHG) emissions. The President indicated that the United States would move forward with the pull-out and possibly attempt to re-negotiate the agreement in order to get “terms that are fair to the United States.” President Trump frequently discussed pulling out of the Paris Agreement while on the campaign trail, citing concerns regarding its potential impact on the American economy, particularly the energy sector.

While the President’s intentions are clear, the path forward is less obvious. The U.S. cannot immediately exit the Paris Agreement and several nations, including Germany, France, and Italy, announced in a joint statement that “that the Paris Agreement cannot be renegotiated.” In addition to announcing withdrawal from the Paris Agreement, President Trump also indicated that the U.S. would immediately halt the remaining $2 billion of the $3 billion in aid to developing countries pledged by President Obama as a part of the Green Climate Fund, which also is a component of the UNFCCC.

The Paris Agreement’s formal processes does not allow for a notice of withdrawal to be submitted until November 4, 2019, after which it will take one year for such notice to become effective. Assuming adherence to this process, the earliest the U.S. can formally withdraw from the Paris Agreement is November 5, 2020, one day after the next presidential election. Because the Agreement’s only binding obligations are certain reporting requirements, the withdrawal is viewed by some as a symbolic gesture, since any federal GHG reduction measures resulting from the Paris Agreement would still need to be pursued through domestic legislation or regulatory action. As a practical matter, irrespective of the Paris Agreement the administration can—and likely will—take steps to alter federal climate change policy.

Regardless of whether the United States is a party to the Paris Agreement, multinational corporations will still be subject to GHG reduction programs in other nations as those nations attempt to fulfill their NDCs. In addition, France and other nations have indicated the possibility of imposing a carbon tax on American imports from certain industries if the United States does formally withdraw from the Paris Agreement.

Under the Paris Agreement, the United States established its NDC as a goal of reducing GHG emissions 26-28 percent below 2005 levels, by 2025, and to make “best efforts” to reduce emissions by 28 percent. It is important to note that the U.S. is in the first sustained period where greenhouse gas emissions have decreased while economic growth has increased, largely the result of increased reliance on natural gas, improved vehicle fuel economy, state and regional GHG programs, and growth in renewable energy. These factors are likely to persist even if the U.S. leaves the Paris Agreement. And even in the absence of U.S. commitments under the Paris Agreement or additional federal action, U.S. GHG emissions are expected to decline by about 15-18 percent below 2005 levels by 2025.

The federal Clean Power Plan was one measure that was expected to further reduce U.S. GHG emissions. However, that program is subject to ongoing legal challenges and has been stayed by the U.S. Supreme Court. There also are various lawsuits underway seeking to compel the federal government to take action on climate change. See e.g., Juliana v. United States, No. 6:15-cv-01517-TC (D. Or. Nov. 10, 2016). Apart from litigation, the Trump Administration has indicated a willingness to modify the Clean Power Plan (should it be upheld) and reconsider other federal regulations and programs directed at GHG emissions and climate change, such as motor vehicle emissions standards. These processes will take time to play out and, in combination with ongoing state-level programs, will ultimately determine the course of climate change policy in the United States for the remainder of the Trump Administration. 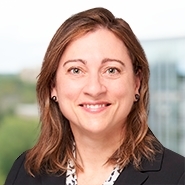