The U.S. Supreme Court has granted certiorari on a critical question affecting the scope of the Clean Water Act (CWA): whether releases of pollutants require National Pollutant Discharge Elimination System (NPDES) permits when they originate from a point source, but are conveyed to surface waters through a non-point source. The Court will hear the case, County of Maui v. Hawaii Wildlife Fund, No. 18-260, next fall, during October Term 2019.

The justices will review a Ninth Circuit decision holding that releases need not be conveyed directly by a point source to jurisdictional surface waters to require a NPDES permit. The case concerns the County of Maui’s operation of a wastewater reclamation facility that disposed of fully treated wastewater into a set of four injection wells. The Ninth Circuit held that the County’s operation of its injection wells, which caused pollutants to reach the ocean via groundwater, required an NPDES permit because the pollutants were fairly traceable back to point sources—the wells. The Court rejected the County’s argument that a NPDES permit is only required when a point source directly delivers pollutants to a surface water.

The Ninth Circuit was one of three Courts of Appeals to weigh in on this issue in 2018. The Fourth Circuit joined the Ninth by holding that releases from a pipeline reaching navigable waters via soil and groundwater required NPDES permits. In a pair of decisions, the Sixth Circuit created a circuit split by holding that a NPDES permit is required only when a point source is the actual conveyance that delivers pollutants to jurisdictional waters. The losing parties in Maui and the Fourth Circuit case, Upstate Forever v. Kinder Morgan Energy Partners, L.P., both sought certiorari.

The Court granted review only on a single question presented in Maui, a decision consistent with the position advanced in the Solicitor General’s amicus brief filed in January. The justices will thus resolve a simple, but important, question: whether NPDES program’s reach is limited—covering only “direct” discharges—or expansive—regulating discharges conveyed through non-point sources. The answer will have major implications for operations as diverse as farms, wastewater treatment plants, and coal mines.

Under the Supreme Court’s rules, amicus briefs in support of the petitioners, who are seeking a reversal of the Ninth Circuit’s expansive holding, are due in mid-April. 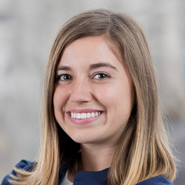