Richard uses his 40 years of Clean Water Act experience to find cost-effective solutions for the complex regulatory challenges that his business clients face.

Since joining Beveridge & Diamond in 1981, Richard has practiced almost exclusively under the federal Clean Water Act and its state analogues, chairing or co-chairing the firm’s Clean Water Practice Group for more than 15 years, and helping direct one of the nation’s most innovative and dynamic clean water practices.

Richard has represented individual industrial dischargers and industry groups, as well as local clean water agencies, in Clean Water law matters that include permitting, pretreatment, Total Maximum Daily Loads (TMDLs), Combined Sewer Overflows (CSOs), enforcement defense of agency and citizen suits, and regulatory negotiation and strategic planning. His work for both private and public clients gives him a thorough understanding of the demands on those publicly owned treatment works and, in turn, their perspective when regulating indirect industrial dischargers.

Richard’s Clean Water Act expertise allows him to solve sophisticated regulatory challenges for his clients using the least-cost means, whether that be persuasion, commenting on rules, meetings with agency leaders, or litigation. Often, he solves issues by demonstrating why an adversary’s interpretation of a statute or regulation is mistaken.

Accomplishments of which he is particularly proud include his ongoing representation of a coastal Florida community whose incomparable natural resources were threatened by releases of contaminated water from Lake Okeechobee. Richard worked with the Corps of Engineers and other stakeholders to give his client a voice in directing those releases. Moderated releases have effectively saved the community’s signature wildlife refuge.

In another notable matter, Richard worked with the aviation industry in a multi-year effort to stave off inflexible regulation of aircraft deicing runoff at airports. As chief outside counsel to the U.S. airlines’ trade association, he developed and executed a strategy to demonstrate to the Environmental Protection Agency (EPA) that its one-size-fits-all proposed regulation would not survive a challenge. EPA accepted that fact and in 2012 issued a final Effluent Limitation Guideline (ELG) that left regulation of aircraft deicing discharges to individual permit writers.

Richard also successfully represented the recreational boating industry when it faced having its sales decimated by a federal court decision that would have required all private boat owners to obtain federal discharge permits. He helped to lead an effort that culminated in the passage of the federal Clean Boating Act of 2008, which protects recreational vessels from permitting under a program better suited to address industrial dischargers.

Richard clerked for the Honorable H. Emory Widener, Jr., U.S. Court of Appeals for the Fourth Circuit, from 1980 to 1981. He has authored numerous articles, speaks often on cutting-edge Clean Water Act topics, and was the principal author of M. Bender’s Environmental Law Practice Guide on water pollution. He has also been a Professorial Lecturer at Columbus School of Law, Catholic University of America.

“I put myself through law school by working in a family-owned ice business. I learned that 'ownership' means working until the job is done, no matter what.” 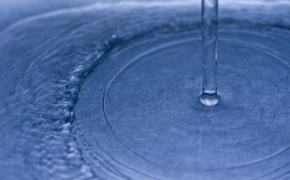