He represents and advises public and private clients in regulatory, litigation, and other matters involving many federal and state environmental and natural resources laws, with a particular emphasis on Comprehensive Environmental Response, Compensation, and Liability Act (CERCLA), the Endangered Species Act (ESA), and the Clean Water Act. Tim also served as Managing Principal of B&D's Baltimore office.

In addition to his work for clients, Tim is also active in state and federal professional activities. He is an adjunct Professor of Law in the Environmental Law Program at the University of Maryland School of Law where he teaches a seminar in Federal Public Lands and Natural Resources Law. He has also served as the Chair of the Environmental Law Section of the Maryland State Bar Association and as a Vice-Chair of the Endangered Species Committee of the ABA’s Section on Environment, Energy, and Resources.

Tim came to B&D in 2006 from Portland, Oregon, where he represented clients in matters involving environmental and natural resources law and litigation for five years with a regional Pacific Northwest law firm. 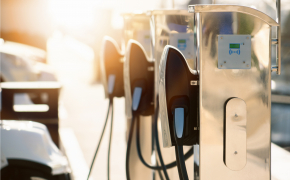 Charging Ahead: California to Require All New Cars Sold to Be Zero Emissions in 2035
Read More
Resource Centers