The California Department of Toxic Substances Control (DTSC) has proposed regulations that would allow discarded photovoltaic (PV) modules (commonly referred to as solar panels) to be managed as universal waste. The proposal would put discarded solar panels in the same category as discarded electronic devices, batteries and light bulbs: ubiquitous, relatively low-risk hazardous wastes that are allowed to be managed under the more relaxed universal waste standards. DTSC states in the rulemaking proposal that regulating hazardous waste PV modules under the state’s universal waste standards will divert PV modules from the state’s municipal solid waste landfills and will encourage the proper end-of-life management of this emergent waste stream.

California has been a leader in the installation of solar energy with nearly 40 percent of the country’s total solar capacity and 50 percent of the solar energy systems installed in the U.S. Solar energy demand in California is expected to remain high in the coming years, due in large part to the state’s ever-growing framework of laws and policies aimed at promoting the use of clean energy (including, notably, the adoption of new building standards that require solar-powered systems to be installed on nearly all new homes starting in 2020).

Most solar panels have an expected lifespan of approximately 30 years and, therefore, the inevitable end-of-life issues associated with these products have recently begun garnering the attention of regulators in several states, including California. Solar panels often contain heavy metals, such as cadmium, copper, lead, selenium, and silver. As such, when PV modules are discarded as waste, they may exhibit the hazardous waste characteristic of toxicity and, therefore, be classified as hazardous waste under the Resource Conservation and Recovery Act (RCRA) and/or California’s more stringent Hazardous Waste Control Law. According to DTSC, analytic testing data suggests that many PV modules would fail the federal and/or state hazardous waste criteria for toxicity. However, conducting the analytic testing required under federal and state law can be technically challenging and costly. Therefore, DTSC has proposed regulations that would allow people generating waste PV modules to avoid conducting hazardous waste testing protocols for toxicity and chose instead to handle waste PV modules in California as universal wastes, which impose lesser requirements than those imposed on hazardous wastes.

The proposed regulation is written broadly such that it would purportedly apply to hazardous waste PV modules exhibiting the hazardous waste characteristic for toxicity under both federal and California criteria. However, as DTSC acknowledges in its Initial Statement of Reasons, DTSC does not currently have the authority to allow PV modules that are RCRA hazardous waste to be managed as universal waste because California’s Universal Waste Program has not been approved by the U.S. Environmental Protection Agency (EPA). Therefore, unless and until EPA approves California’s Universal Waste Program, the regulation, if adopted as proposed, will only be effective as applied to California-only hazardous waste PV modules that meet the state criteria for toxicity. The implications of this limitation, as well as others contained either explicitly or implicitly in the proposed regulation, are discussed more fully below.

DTSC’s proposed regulations would add PV modules as the eighth category of hazardous waste that may be managed as universal waste in the state.

The proposed regulations specify that the universal waste management standards in Chapter 23 would not apply to the following PV modules:

The proposed regulations establish an alternative to full hazardous waste management standards that would apply to entities that generate, handle, transport, treat and recycle or dispose of PV modules as universal waste. If adopted as proposed, the alternative universal waste standards would include the following prohibitions and requirements on such entities:

A major point of contention during the rulemaking process has been whether the regulations would unnecessarily and unduly restrict a handler’s ability to cut or break solar modules. Cutting and breaking of solar modules is a common activity that occurs during the disassembly process as it enables, among other things, efficient transport of the modules. DTSC’s proposed regulations appear to offer a compromise on this point, as DTSC’s proposal enumerates the intentional cutting and breaking of PV modules as a type of authorized treatment activity. Although this expands the scope of authorized treatment activities from what DTSC has previously proposed, the latest proposal still draws burdensome distinctions between “intact” and “broken” modules, as well as imposing requirements on intentional breakages, such that disassembly activities at the point of generation (e.g., on the roof of a building) could not include limited intentional cutting and breaking of the modules.

This rulemaking has been a long time in the making (DTSC originally proposed a similar rule in 2013 but hit a roadblock when the Office of Administrative Law determined that legislative authorization was required before the rule could proceed) and there is still at least one obstacle that needs to be overcome before the rule can have full effectiveness, as contemplated by DTSC. As previously mentioned, California’s Universal Waste Program has not been approved by EPA, as of today’s date. Therefore, unless and until EPA approves the state’s Universal Waste Program, discarded PV modules that are classified as RCRA hazardous wastes must continue to be managed as hazardous waste, even if the waste remains within California state boundaries. Although DTSC acknowledges that EPA approval has not yet been obtained and that the lack of approval impairs the effectiveness of the proposed rule, it does not provide any further insights on this issue, including whether it has an estimated timeline for when it will receive approval, if it will delay finalizing the rule if EPA approval is not obtained by the time it is ready to publish the final rule (presumably, in late 2019), or, if it plans to proceed with finalizing the rule without EPA approval, if guidance will be provided on how regulated entities can navigate through this issue without running afoul of applicable federal and state requirements. For instance, will DTSC advise the regulated community to continue making hazardous waste determinations on discarded PV modules in order to assess whether the modules are RCRA or non-RCRA hazardous wastes, even though one of the stated purposes of its proposed rule is to enable generators to avoid the obligation of conducting a hazardous waste determination on this waste stream?

Aside from the potential issue of partial inapplicability discussed above, it remains to be seen whether other states will follow California’s lead on this front, particularly in light of the fact that Washington has taken the alternate path of addressing the end-of-life issues associated with PV modules through the adoption of a mandatory, manufacturer-funded PV Module Stewardship and Takeback Program, and the discernable trend favoring extended producer responsibility schemes throughout the country. Indeed, there is a bill currently pending in the New York State Legislature that follows Washington’s template in establishing a mandatory solar panel takeback program. 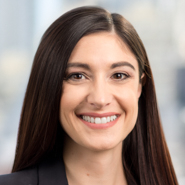