Aaron has been actively involved in hazardous waste regulatory issues from the beginning of the U.S. federal regulatory program under the Resource Conservation and Recovery Act (RCRA) in 1980 to today. Examples of his work in this area are provided below.  Outcomes in individual matters may vary significantly, depending on the facts involved and other factors.

Over the years, Aaron has helped to prepare comments for clients on countless RCRA rulemakings, as well as on many related hazardous waste rulemakings at the state level and outside the U.S. On behalf of a large retail industry trade association, Aaron argued for and helped convince the U.S. Environmental Protection Agency (EPA) not to adopt a proposed recordkeeping requirement for non-hazardous wastes that was projected to cost the industry hundreds of millions of dollars each year, and to move forward with two proposals to reduce the hazardous waste requirements for nicotine replacement therapies and aerosol cans in ways estimated together to save the industry similar amounts.

Aaron played a key role in drafting the briefs in successful court challenges to major elements of EPA's definition of hazardous waste, including: the "mixture" and "derived-from" rules; several hazardous waste listings; and the toxicity characteristic as it applies to mineral processing wastes. He was also instrumental in blocking efforts by a national environmental organization to overturn a state’s interpretation of its regulations which would have classified most municipal wastewater treatment sludge in the state as hazardous wastes.

Aaron negotiated a 90 percent reduction in penalties in a multimillion-dollar enforcement action involving air emissions and process residuals at a cement plant that burned hazardous wastes as fuel. In another case, he obtained a highly favorable settlement in a path-breaking enforcement case against a U.S. government complex that raised novel constitutional and homeland security issues. He recently convinced EPA to withdraw its Complaint against a specialty chemical company in one of the first cases brought by the agency as part of a new nationwide enforcement initiative under the RCRA “Subpart BB” air emission requirements.

For clients across a wide range of industries, Aaron has analyzed the regulatory status of countless materials under federal and state definitions of solid and hazardous wastes. He helps companies understand and comply with the regulatory requirements applicable to hazardous wastes and in many cases identifies exemptions that enable them to minimize regulatory burdens.

Aaron frequently assists clients in determining how to ship recyclable materials between countries in accordance with the requirements of the Basel Convention on the Control of Transboundary Movements of Hazardous Wastes and Their Disposal, and corresponding national rules and regional agreements. 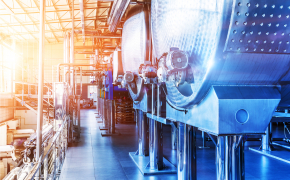