In a major victory for property owners facing state and local land use regulation, the U.S. Supreme Court on Wednesday ruled 6-3 that a California regulation granting union organizers the right to access private property is a per se physical taking requiring the payment of just compensation under the Takings Clause of the U.S. Constitution. Cedar Point Nursery v. Hassid, 2021 WL 2557070 (U.S. June 23, 2021). Cedar Point represents another expansion by the Roberts Court of property owner rights under the Takings Clause and opens the door further to legal challenges to government mandates allowing access to private property.

Cedar Point began with a federal lawsuit under the Fifth and Fourteenth Amendments by two California growers challenging a decades-old state regulation granting labor organizations access to an agricultural employer’s property for up to three hours per day, 120 days per year, for labor organizing purposes. The lead plaintiff, a grower, challenged the regulation after union organizers entered the company’s property without notice, causing some workers to join in a protest and others to leave the job site. Plaintiffs alleged that the regulation created an easement on their properties that amounted to a per se physical taking, requiring just compensation under the Constitution.

The trial court rejected the growers’ argument that the regulation was a per se physical taking because it did not “allow the public to access their property in a permanent and continuous manner for whatever reason.” The Ninth Circuit affirmed, explaining that the Penn Central analysis for regulatory, not physical, takings was appropriate, and holding that because “the growers did not contend that the regulation deprived them of all economically beneficial use of their property, per se treatment was inappropriate” and the takings claim was invalid. 923 F.3d 524 (2019).

Writing for the Court, Chief Justice Roberts held that the Ninth Circuit erred when it applied Penn Central because the appellate court’s decision was incorrectly focused on the fact that the government action was a regulation. Rather, the essential question is “whether the government has physically taken property for itself or someone else – by whatever means – or has instead restricted a property owner’s ability to use his own property.” The Court reasoned that because a physical appropriation of property had occurred – regardless of whether it was a result of a state regulation – “Penn Central has no place.”

The Court also rejected the Ninth Circuit’s holding that the regulation did not constitute a per se taking because it only granted temporary access to the union organizers. The Court held that this position “is insupportable as a matter of precedent and common sense,” citing several Supreme Court precedents that established temporary takings as physical takings requiring compensation.

The three dissenting justices argued that the California regulation “falls within the scope of Penn Central” and voiced concerns about the potential for the Court’s decision to require compensation for government access for health and safety inspections and similar activities. The majority opinion dismissed those concerns, noting that such access is typically required as a condition of a permit, license, or registration.

The Cedar Point Nursery decision broadens the reach of the law of per se physical takings, a typically more straightforward and plaintiff-friendly form of takings claim than regulatory takings. Coupled with the Supreme Court’s 2019 decision in Knick v. Scott Township, 139 S.Ct. 2162, that expanded access to the federal courts for takings claims, property owners and businesses now have more tools to negotiate, limit, and where necessary, litigate in federal court state and local mandates that involve intrusion on land. Per se takings that require compensation may well extend beyond easements created by regulation, such as the requirement at issue in Cedar Point. 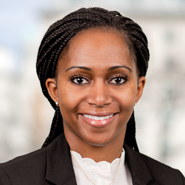